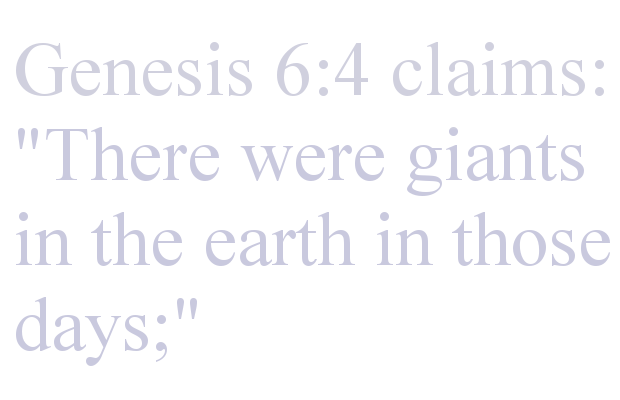 Now this is a discovery, isn’t it?

Many people cannot understand how “God” would be so “mean” to extinguish the earths population at the time of Noah’s flood.

Here is some archeological proof of why that happened.

In short, these giants are a result of sexual unions of fallen angels and women. Bill Schnoebelen, describes in detail these accounts. Satan’s goal in the day of Noah was to prevent the first coming of the Messiah by corrupting the genes. They knew that the Messiah had to be physically 100% human. In Genesis 6:9 that “Noah was a ‘perfect’ man in his ‘GENErations'” it means that he was ‘complete or non-polluted in his genes’

Here are some excellent videos on this topic: 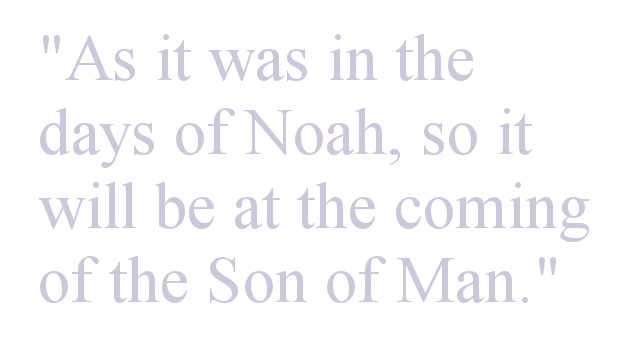 Are all of these individuals crazy? Are they imagining things? Are they lying? The internet is overflowing with the stories of these people. Are they really interacting with beings from another world? Or is something more sinister at work here?

I think a great place to start is a curious statement that Yahshua (Jesus) made regarding what times would be like during the last days:”As it was in the days of Noah, so it will be at the coming of the Son of Man.”

So what were the “days of Noah” like? Well, certainly those days were very evil, and mankind was full of wickedness.

But the Bible DOES give us additional details about what was going on during that time:

“The Nephilim were on the earth in those days—and also afterward—when the sons of God went to the daughters of men and had children by them. They were the heroes of old, men of renown.”

This is truly one of the more extraordinary verses in the Bible. What was taking place during that time is that fallen angels were literally coming to earth and mating with human women and having offspring. Their offspring were mighty and powerful and were the giants of ancient lore.

This phenonmenon is described in much more detail in the ancient Book of Enoch (which is quoted in the New Testament book of Jude). Apparently Satan’s plan was to pollute human DNA so that the promised Messiah could never come forth.

That is why God chose Noah.

Genesis 6:9 describes Noah as “perfect in his generations”. That doesn’t mean he was without sin. It means his DNA had not been corrupted by the fallen angels yet.

You can read more about it in the Book of Enoch which can be found here:

But Satan wasn’t done. Apparently the fallen angels tried again, as in Genesis 6:4 it says “and also afterward”…..so the Nephilim were also around after the flood.

We can find another reference to them in the book of Numbers:

32 And they spread among the Israelites a bad report about the land they had explored. They said, “The land we explored devours those living in it. All the people we saw there are of great size. 33 We saw the Nephilim there (the descendants of Anak come from the Nephilim). We seemed like grasshoppers in our own eyes, and we looked the same to them.”

That is why God had the people of Israel wipe the nations of the promised land out. They were of the Nephilim. Satan had filled up the land of Israel with this wickedness so that the Messiah could never be produced there.

In fact, the giant Goliath that David killed was also a descendant of these Nephilim.

Now many people believe that what Jesus was talking about regarding “the days of Noah” is being fulfilled by this UFO phenomenon. If you research the alien abduction phenomenon, you find that these “aliens” are extremely interested in two subjects:

These are the same subjects that the Watchers (fallen angels) of the Book of Enoch were so fascinated with.

Could we be witnessing the return of the Watchers in our very lifetime?

The following is a very intriguing article that links the current “UFO” phenomenon with the fallen angels of the Scriptures. I will warn you that I DO NOT agree with everything in the article, and it is VERY long. But it is worth reading as it raises a lot of great issues:

What are your thoughts? Leave your response to this article in the comments section.