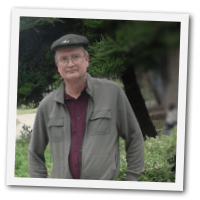 In 1992, the Lord took me to Heaven and started talking to me in a way I have never heard taught on earth.

The man made obstacle He is addressing now is the “three songs and a sermon” order of service that you see in most western churches.

The underground church in China has broken through this barrier, and the Lord wants the church in the West to break through it too.

He never intended the sermon to be the main emphasis of the service, but worship. Sermons, teachings, etc have their place, but they flow out of an atmosphere of worship.

He wants the leadership to partner with the Holy Spirit in ways that we rarely see in the Western Church.

As the leadership begins to operate from within an atmosphere of worship, rather than rushing through worship to get to the sermon, the Lord will anoint the pastors, teachers, prophets and others to a much higher level, enabling them to speak in ways that they have never seen before, for He will be able to speak and operate through them much more clearly and powerfully than they have ever known.

There are several other barriers to the Church being “on earth as it is in Heaven” that He intends to remove before its over.

But the Lord Jesus lives in EVERY believer, so when you minimize the role of any member in the body, you limit what Jesus can do through those members. So the Lord is going to show leadership ways to change things so Jesus is free to operate through any member of a church as He sees fit.

Leadership in many churches is limited to the degree that they think as men rather than as sons of God. Man sees challenges, but sons of God sees opportunity. So another major change the Lord wants to do is remove all earthly thinking from church leadership and replace it with Heavenly thinking, because He intends on manifesting the Heavenly realm in the earthly realm in churches in ways we cannot currently comprehend. And this will require thinking in ways leaders have never known up to this point. The Lord says that this will be some years away, but He intends His Presence to be so strong in church services that whole communities will be affected by His Presence, so that even crime rates will drop to nothing in the cities where these churches are.

The Lord intends on completely setting His Bride free from the influence of Greek Philosophical thought that has permeated most seminaries.

Greek Logic is governed by what is visible and encourages doubt.

So at some point, leaders will be required to unlearn most of what they learned if they attended such institutions, because He wants the miracles you see in other parts of the world to be commonplace in the West, such as raising the dead. You do not see this miracle very often in the west due to our thinking being contaminated by Greek Philosophy, especially in the thinking of those leaders who attended denominational institutions. Once these miracles are restored to the Western Church, we will see the number of salvations dramatically increase.

The Lord’s goal is to have for Himself a Glorious Bride. So the man-made in every area, whether it be man-made order, man-made thinking, even man-made understanding of scripture, will ultimately be eliminated at all levels from His Body the Church. The end result will be believers hosting the Presence of God so strong, both individually and corporately, so that a single believer going into a town will spark a revival (Charles Finney was a forerunner of this type of believer).

The Glory of God will be so strong that it will be clearly seen on the faces of many believers, and Glory clouds will be commonplace during services. The sick will simply walk into church and be healed with no one praying, and people will know God is real, and Jesus died for us, in such a way that entire regions will be shaken in ways that we have never seen before. Soon after this, we the Bride, will be given to the Bridegroom in Marriage.

An update from Jeffrey

Hello friends. We need help this month with rent, because of a number of unexpected expenses. If you’d like to help us, the information on how to help can be found below. God bless you!

To use PayPal, the email address is: wordstohisbride@gmail.com

For Kenyans who would like to support this ministry, the MPESA number is: 0702850976