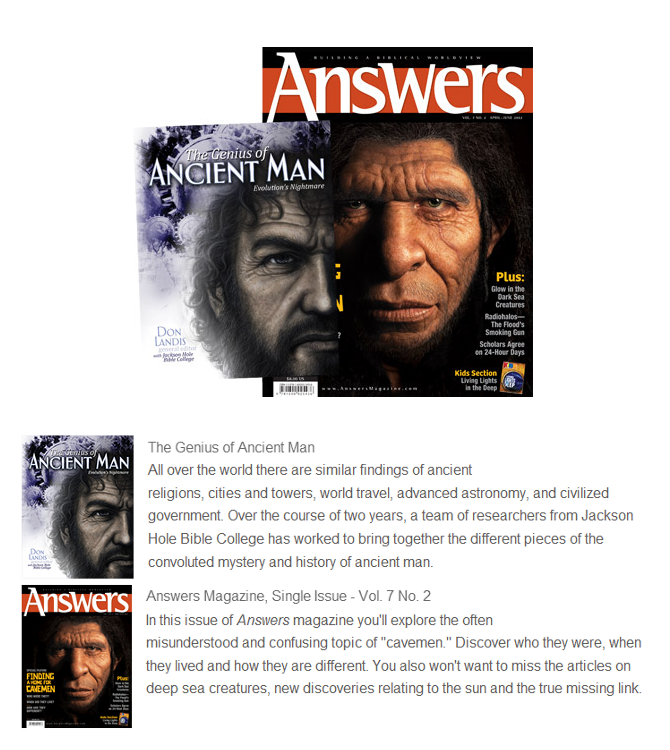 Buy The Ancient Man Pack From Answers In Genesis – Here 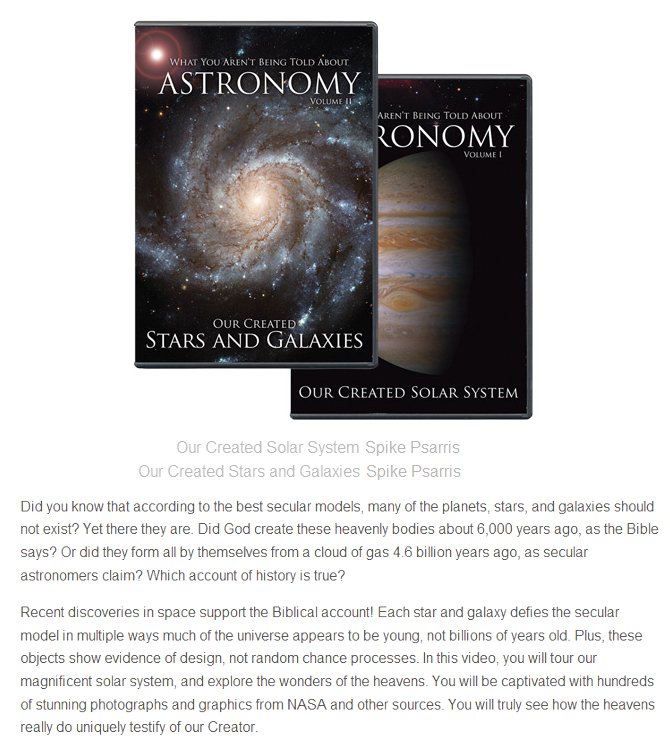 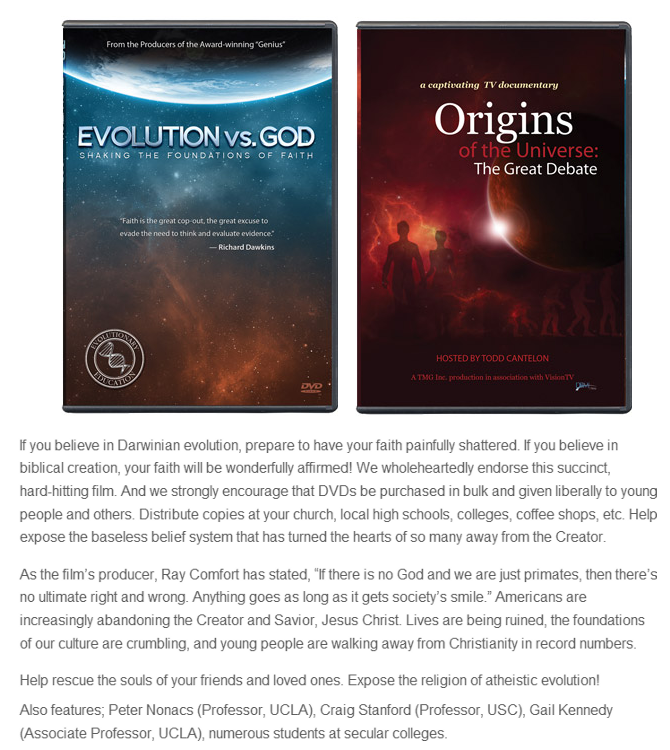 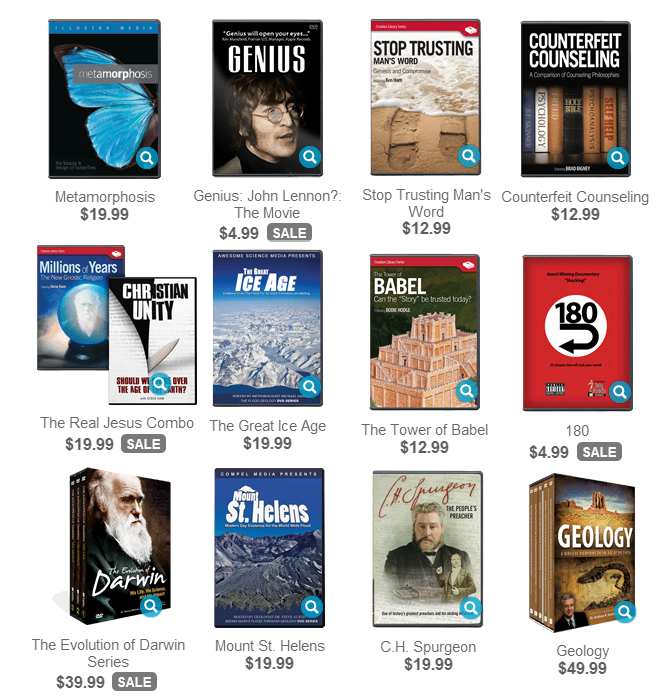 Things That Go Bump in the Night -Do black holes and dark matter exist? Buy It Here

Interesting Articles From Answers In Genesis 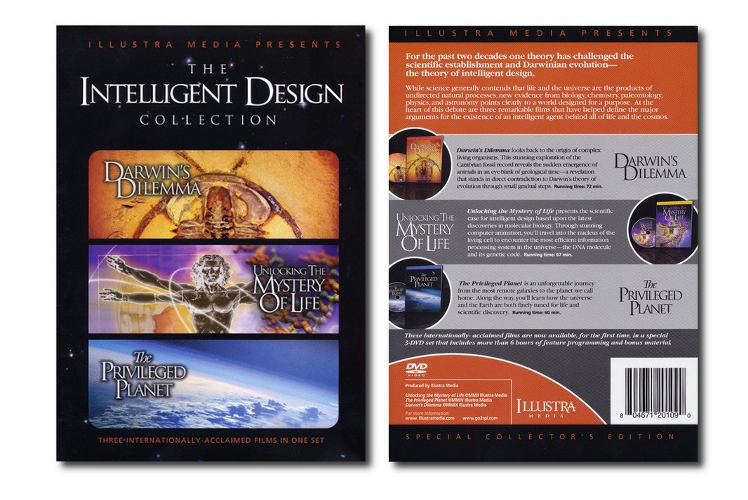 “The Privileged Planet”:  Is Earth merely a speck of dust lost without significance in the universe? Or, is our planet the product of intelligent design? Today, scientific evidence indicates that the many factors that make Earth suitable for complex life also provide the best conditions for astronomical discovery.

This thought-provoking DVD explores the intriguing correlation and its implications on our understanding of the origin and purpose of the cosmos. “Unlocking the Mystery of Life”:  Is life on Earth the product of purely undirected processes like time, chance and natural selection? Or, can the origin and diversity of living organisms be traced to an intelligent cause?

This amazing DVD explores these timeless questions and presents compelling evidence to support an idea that could revolutionize scientific thought – the theory of intelligent design.

“Icons of Evolution”:  For decades, Charles Darwin’s theory of evolution has been taught and accepted by mainstream educators as fact. But now, new scientific evidence is emerging that places Darwin’s theory under closer scrutiny than ever before.  It’s about time, isn’t it? In every other area of education, students are encouraged to consider all viewpoints. But somehow, Darwin’s theory has been the exception… until now.

Icons of Evolution is a power and persuasive new DVD that makes the latest findings in science accessible and understandable to all of us. It gives an honest evaluation of the many flaws in the primary examples used in Darwin’s theory of evolution. Leading scientists from secular universities are among those who point out the faulty logic and outdated research Darwin used in determining conclusions about the Galapagos Island finches, the “Tree of Life” and other hallmarks of the theory of evolution.  Scientists and researchers report their findings — and tell why it’s time to reevaluate what’s being taught to our children in school.

As one scientist remarked, “You go where the data leads you,” rather than start from the conclusion of evolution in mind.

For anyone who wants to discover the exciting evidence, Icons is essential and enlightening viewing. After seeing it, you’ll understand more clearly than ever why it’s time for educators–and society as a whole–to discover what science is finally acknowledging: Darwin’s theory is outdated at best and intelligent design should be presented as a valid alternative.

Explore the fascinating new conflict over evolution in the classroom, a conflict based on science, not religion. Learn about the controversy that engulfs one town when a teacher actually tries to tell students that some scientists disagree with Darwin.

From the Galapagos Islands to China, Icons of Evolution takes you on a fast-paced, fascinating journey into one of the most interesting issues in American society.  The icons of evolution discussed include: Galapagos Island finches, Darwin’s Tree of Evolution, fruit fly mutations, antibiotic resistant bacteria, homology (likeness of structures in different animals and man), fossil record of simple to complex, and fetal comparisons of different animals and man.

Unlocking the Mystery of Life documents how scientists are abandoning naturalistic explanations for the origin of genetic information and looking to theories of design for answers.  This documentry begins by gathering theorists that are not satistified with Darwin’s theories.  UC Berkeley’s Law Professor Phillip Johnson gathered together a number of theorists to discuss the scientific questioning of evolution.  The documentary then follows the development of the intelligent design movement through insightful interviews with key design scientists Paul Nelson, Stephen Meyer, Dean Kenyon, Michael Behe, William Dembski, Jonathan Wells, Jed Macosko and Scott Minnich.  A growing number of scientists around the world no longer believe that natural selection or chemistry, alone, can explain the origins of life.  Almost every scientific discipline are now accounting for new found evidence that supports the theory of intelligent design.  For instance, in molecular biology, the presence of information encoded along the DNA molecule has suggested the activity of a prior designing intelligence.  Watch the whole documentry here