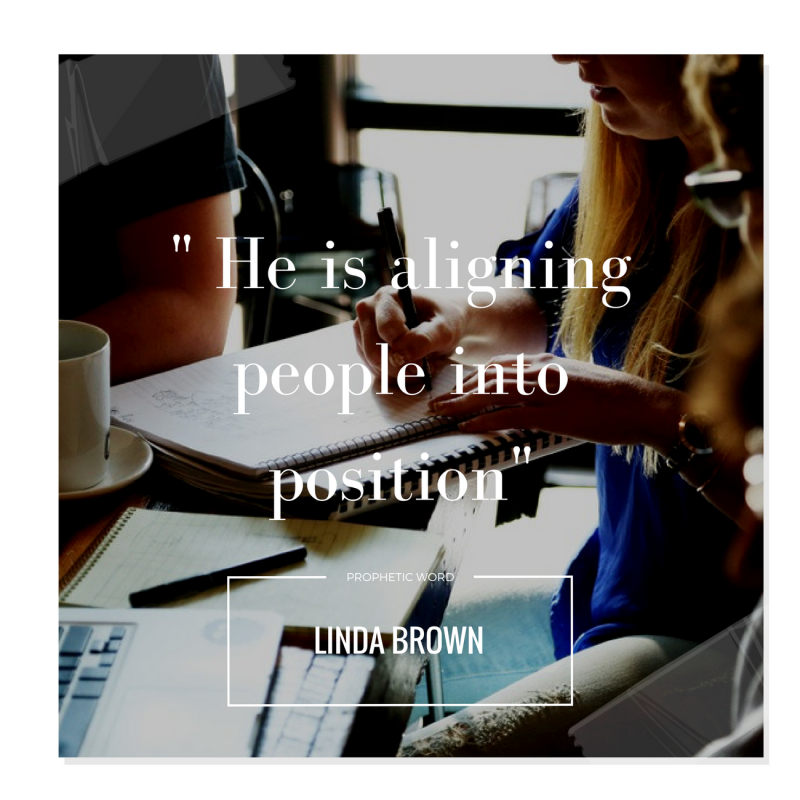 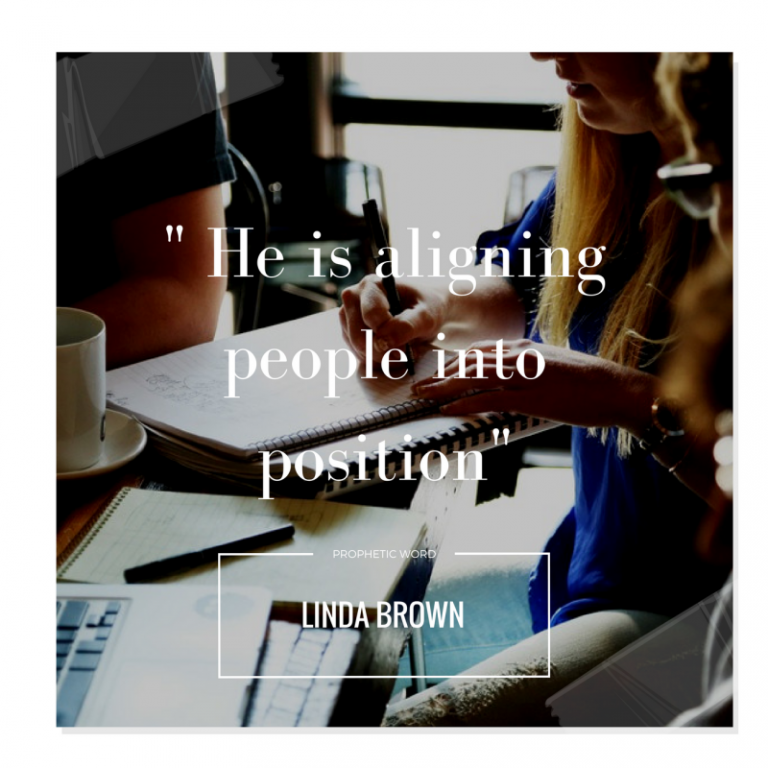 Note from Meranda – Although this word was for the beginning of last year, its amazing how much of it applies for this year as well. We have had countless emails of believers and friends who have said God is moving them in a new direction.  So many people are waiting on God for that direction, and others are in the process of being moved.  I believe this is happening physically, but I also see it happening spiritually as well.  Believer’s walks are being refined…and God is leading them into new revelation about Himself and the direction that HE wants them to go.  I am seeing this pattern in the body over the last couple of years.  Are you in transition?  If so, please leave a comment.

1st Corinthians 3: 5-9 5 What then is Apollos? And what is Paul? Just servants through whom you believed [in Christ], even as the Lord appointed to each his task. 6 I planted, Apollos watered, but God [all the while] was causing the growth. 7 So neither is the one who plants nor the one who waters anything, but [only] God who causes the growth. 8 He who plants and he who waters are one [in importance and esteem, working toward the same purpose]; but each will receive his own reward according to his own labor. 9 For we are God’s fellow workers [His servants working together]; you are God’s cultivated field [His garden, His vineyard], God’s building. 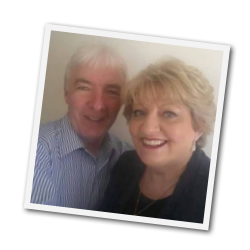 Yesterday as I was waiting on The Lord I could hear a very old song in my Spirit. It was “When the saints go marching in.” I had to look it up on You Tube and have a listen. 😀 There is great joy in that song. Saints arise!
This is a year when The Lord is going to “Bring them in, to send them out”
I have purposely not been reading anything “prophetic” that is being written or said about the coming year. I am aware that it is a year of Jubilee according to the Hebraic calendar. I have been waiting on The Lord for a few weeks now, asking Him, pondering and waiting for Him to reveal what He is saying and where we are at as The Body of Christ.
Last year He gave me the words Align Assign and refine. I still think that this word applies for now as we are still in a time of transition. People are being moved, mantled, dismantled and re- mantled for the next season.
This can appear quite messy and also quite “odd” at times as things don’t always appear “right” in the natural. It is imperative that we stay in the Spirit to actually “See” what The Father is orchestrating, because in spite of the state of the World, He is still firmly in control. He is the author and He is the finisher of our Faith.
This is not a time to play church. It is a time of reformation for the Body of Christ. We are called to be transformed by the renewing of our minds, and that word is metamorphosis. In other words totally transformed from what it was or who we were previously.
We need a new way of thinking in order for the Kingdom to be Established, the old way of “doing church” does not apply we have to “Be” the church.
The harvest is ripe, the labourers have become tired of waiting for their “turn” in Church, some have even left the field and gone off to do their own thing becoming “disconnected.” – The Lord wants people to be re-connected” in a way that we are a “Cohesive” body. Co-labourers with Christ.
God has been speaking to me for the past two years or so about the fact that He wants to establish Apostolic Prophetic Multi Ministry hubs in the regions.
These places are for the equipping of the saints to do the work of the ministry, working alongside each other, encouraging people to take up their cross and follow Jesus. They are multi-faceted multi ministry centres, a bit like a “Christian Community Centre” if that makes it easier to imagine.
This will allow those who have been disconnected to Re-connect, and do what God has called them to do, with the support of others.
The “Tall poppy syndrome” is going to be dismantled, there is no room for Pride or “My ministry” in this move. It is all hands on deck.
Cohesion:- -cohesion Noun (usually uncountable, plural cohesions)
1. State of cohering, or of working together. Unit cohesion is important in the military.
Read more at http://www.yourdictionary.com/cohes…
Interesting how the word cohesion can be linked to a military term.
In a nutshell this is what I sense The Lord is doing at present.
He is aligning people into position where they will be connected, and will be re-connected to those who are like minded who want to do the Will of the Father, without personal ambition.
Part of the characteristics of those ones will be that they care more about Presence than position, want to see the Power of God move, work alongside one another like Nehemiah as he called labourers to restore the walls.
They will be Caring Christlike and Committed to the Cause of Christ. Cohesion, sticking together, and not breaking rank, carrying out their task with precision and joy. – Church arise.
2016 is a new day.

1 Corinthians 3Amplified Bible (AMP) Foundations for Living
3 However, brothers and sisters, I could not talk to you as to spiritual people, but [only] as to [a]worldly people [dominated by human nature], mere infants [in the new life] in Christ! 2 I fed you with milk, not solid food; for you were not yet able to receive it. Even now you are still not ready. 3 You are still [b]worldly [controlled by ordinary impulses, the sinful capacity]. For as long as there is jealousy and strife and discord among you, are you not [c]unspiritual, and are you not walking like ordinary men [unchanged by faith]? 4 For when one of you says, “I am [a disciple] of Paul,” and another, “I am [a disciple] of Apollos,” are you not [proving yourselves unchanged, just] ordinary people?
5 What then is Apollos? And what is Paul? Just servants through whom you believed [in Christ], even as the Lord appointed to each his task. 6 I planted, Apollos watered, but God [all the while] was causing the growth. 7 So neither is the one who plants nor the one who waters anything, but [only] God who causes the growth. 8 He who plants and he who waters are one [in importance and esteem, working toward the same purpose]; but each will receive his own reward according to his own labor. 9 For we are God’s fellow workers [His servants working together]; you are God’s cultivated field [His garden, His vineyard], God’s building.
10 According to the [remarkable] grace of God which was given to me [to prepare me for my task], like a skillful master builder I laid a foundation, and now another is building on it. But each one must be careful how he builds on it, 11 for no one can lay a foundation other than the one which is [already] laid, which is Jesus Christ. 12 But if anyone builds on the foundation with gold, silver, precious stones, wood, hay, straw, 13 each one’s work will be clearly shown [for what it is]; for the day [of judgment] will disclose it, because it is to be revealed with fire, and the fire will test the quality and character and worth of each person’s work. 14 If any person’s work which he has built [on this foundation, that is, any outcome of his effort] remains [and survives this test], he will receive a reward. 15 But if any person’s work is burned up [by the test], he will suffer the loss [of his reward]; yet he himself will be saved, but only as [one who has barely escaped] through fire.
16 [d]Do you not know and understand that you [the church] are the temple of God, and that the Spirit of God dwells [permanently] in you [collectively and individually]? 17 If anyone destroys the temple of God [corrupting it with false doctrine], God will destroy the destroyer; for the temple of God is holy (sacred), and that is what you are.