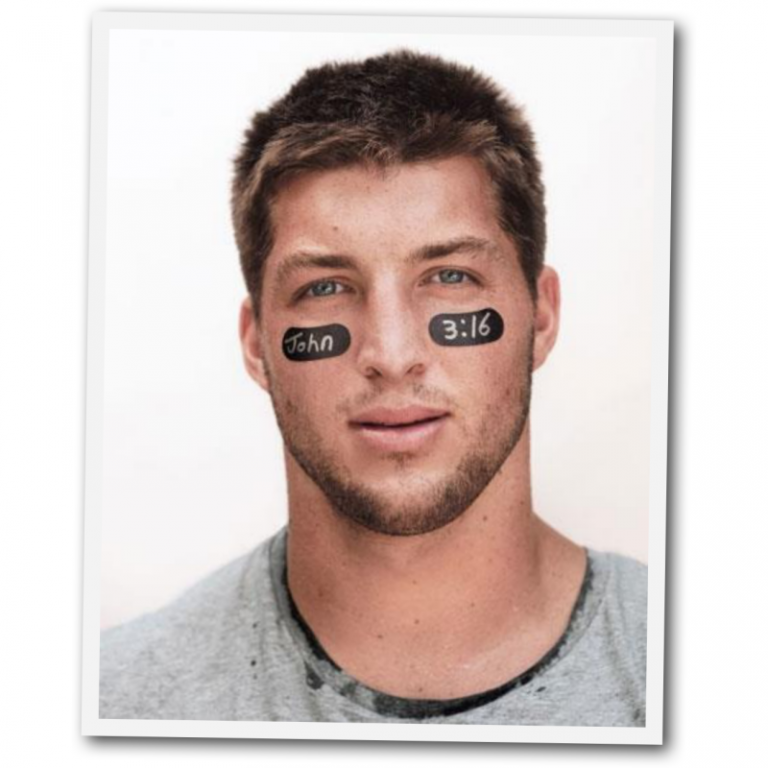 In this facebook video, on Jarry Connick Jr’s page he shows an excerpt of his show where Tim Tebow shares how God showed himself in an miraculous way when he by faith wore the salvation scripture of John 3:16 under his eyes

Here is the highlight from that video:

“We’re playing for the National Championship in college on January 8th 2009 and I decide to wear John 3:16 under my eyes.  During the game 94 million people Googled John 3:16……exactly three years later we happened to be playing the Pittsburgh Steelers in the first round of playoffs when I was with the Denver Broncos and I didn’t even know that it was exactly three years later in January 8th 2012 exactly 3:30 to the day.  I went out there to do whatever I could to win a playoff game.  Afterwards I am going into the press conference cuz I love talking to media….. and our PR guy says:

Timmy, do you realize what happened?

Ya we beat the Steelers and we are going to play the Patriots….

He said ….no, do you realize what happened?

I said alright Patrick…..what is up?

Its exactly 3 years later that you were John 3:16 under your eyes.

Oh that is really cool.

No, I don’t think you realize what happened.  During the game you threw for 3 hundred and 16 yards.  Your yards per rush were 3.16, your yards per completion were 31.6, the ratings for the game were 31.6, and the time of possession was 31.6 and during the game 90 million people had googled John 3:16 and it was the number one trending thing on facebook and twitter.  A lot of people may say it is coincidence, I say BIG God”