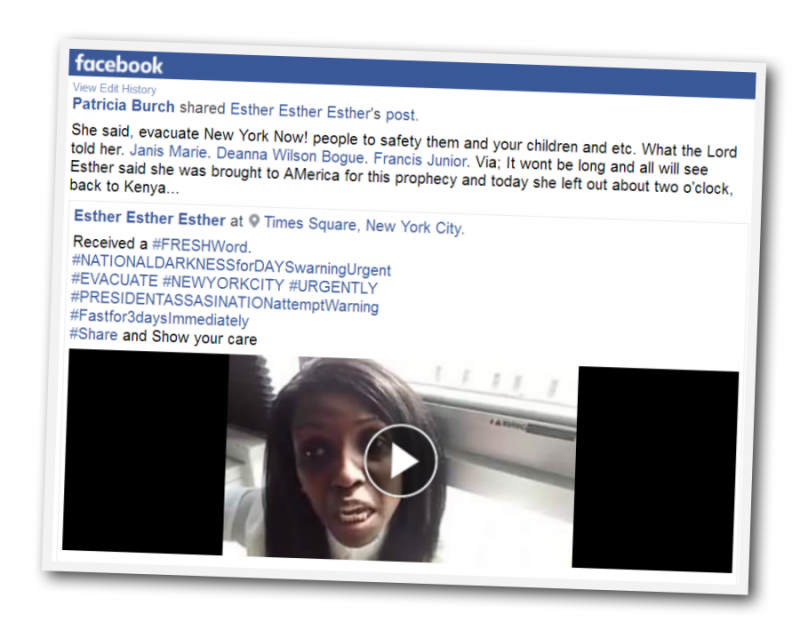 In this post on her facebook page, she was sent by the Lord to go to New York City.  She was praying in tongues in Manhattan, when the Lord told her that there would be a bomb in the area.  She heard correctly because it happened in that location just a few days ago.

In this powerful video, she is urgently telling the people of New York city to evacuate.  You won’t want to miss this video.

She was drawn into prayer when the Lord gave her Exodus 10:22-23

22 And Moses stretched forth his hand toward heaven; and there was a thick darkness in all the land of Egypt three days:

23 They saw not one another, neither rose any from his place for three days: but all the children of Israel had light in their dwellings.

After she read these verses out loud, she heard from the Lord this very same thing is going to happen in this land in a few days.  She said that many things are going to be affected.  She encourages those to stock up on water, food, batteries, networks will be disrupted.  If there is anything you need to print out from the computer, save it on paper.  She also says later in the video to have your winter clothing ready, and your shoes.

“I had the Lord telling me, NYC must be speedily evacuated, because NYC is facing a threat that is massive and a very high magnitude”

“The Lord told me that there is something destructive, catastrophic that is about to hit NYC, and it can flatten the entire city down”

“The Lord says there are many innocent lives of children, pregnant mothers and people who are completely helpless that need to be saved”

“Beloved, I am a citizen of heaven, I am here on an assignment given to me by the Lord himself,…and I believe if we join up as citizens of the kingdom of God and join hands to pray then it will be well.  God told me to proclaim a three day fast.  Now I have started my fast today and for the next three days and I am kindly humbly asking that who so ever is lead to join in this fast whether you are in the US or not.  You know you are a kingdom citizen.  Let us pray for America.  The Lord told me that these things some of them  are inevitable,  some of them are escape able, because the souls of men have to be turned back to God.  That God might or will allow some things to happen, not because he wants a man to die, or because he wants a country to be destroyed but because he wants a people to humble themselves and turn back to HIM”

Visions given to Stephen Hanson in “Divisions Leading To The Internal Revolution” through the Prophecy Club
At 51:24” Woe to those who live in New York City. For you have faced one onslaught, but the next one coming will be for your devastation. You will be invaded by an outside force, the electrical system and the communication network will be down. There will be no way for you to communicate with those around you, but I will provide a way out. You will be warned ahead of time. Some will listen, others will not
(Note what he saw may not be in order….) 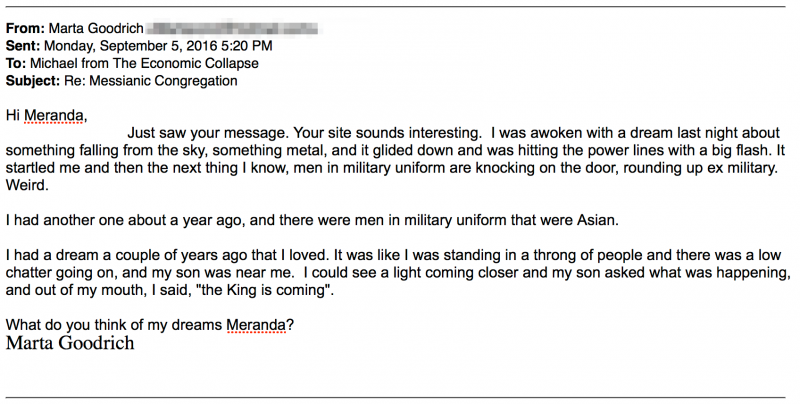 A comment from a friend  Marta Goodrich who wrote us, and allowed me to re-publish her email.

You can see she talks about 3 dreams.

Notice she mentions something falling from the sky hitting the power grid. 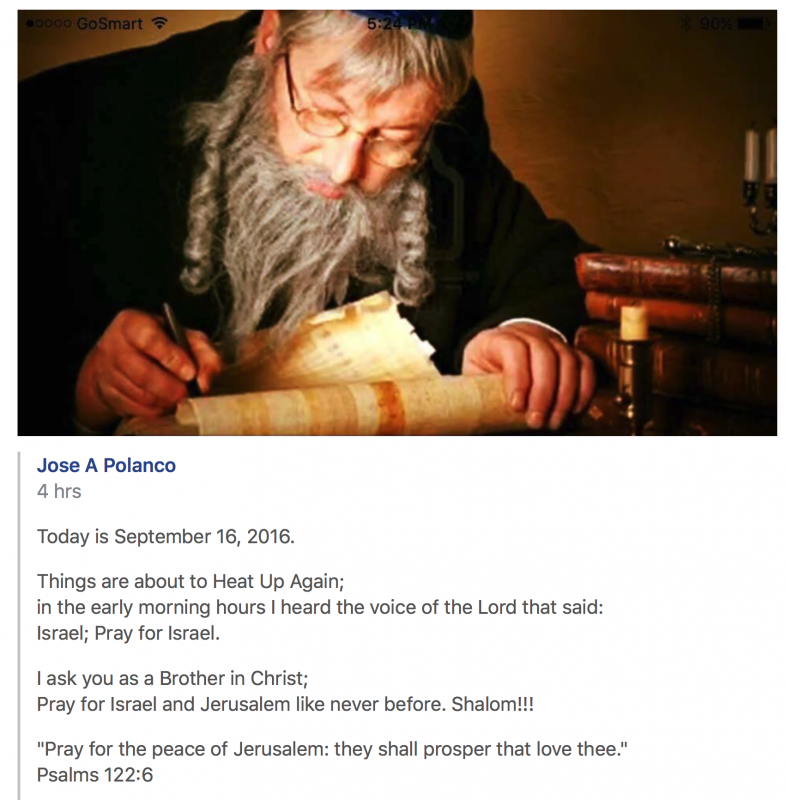 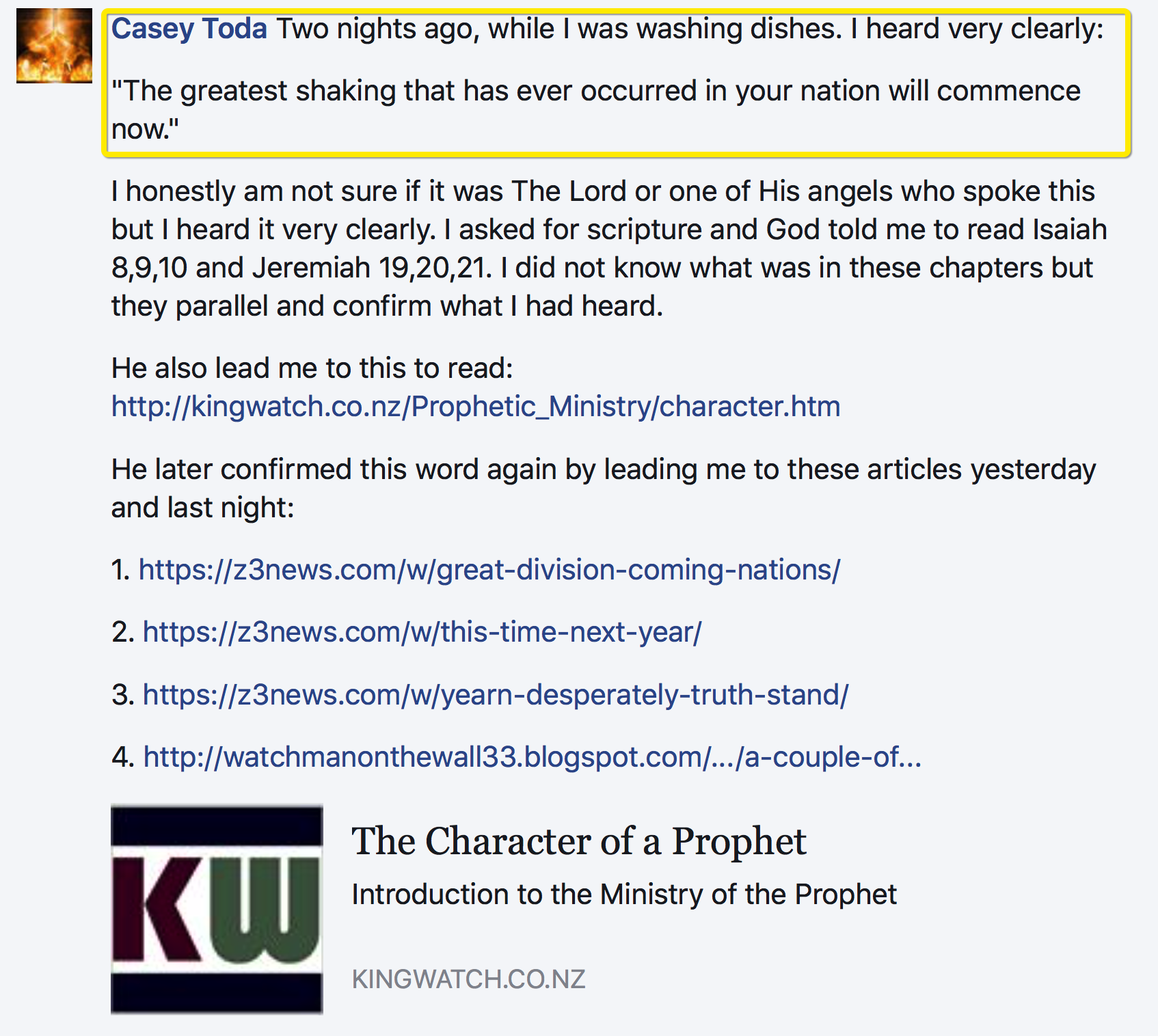 This is a repost of a dream I had September 29, 2015, and posted here. I am reposting for a good reason.

“Just woke from one of those dreams that gives me a headache because they are so intense.

I was going home from work. I was at an outdoor bus station but not the actual one I go through every work day. I had just gotten off a bus that my cousin who I had a big argument a couple of months ago was on. In real life we have not spoken since. I’m the dream we reconciled on the bus. I told him that I love him, and he said it back. He got off a couple of stops before mine and I opened the bus window and called him. At first he did not hear me so a woman got his attention for me. I asked him what his plans were for tomorrow intending to invite him to my home, but he said that he had other plans. I said goodbye and thanked the lady.

Then, I got to my stop, and was sitting outside waiting for my second bus, when some children came playing in front of me. They had a little doll that I had bought for the treasure box at my school, in real life, but had gone missing. I mentioned this but told the children that they could have the doll. I took it of out of the packaging and was handing it back to them when I noticed that it had changed into a red bust of ha’satan with a wide smirking grin. The kids didn’t notice the change. I got up and went inside the bus station building. I was going through my purse that was mostly empty except for some pennies, singing a song about just having pennies, when a Chinese man began to follow me. I was having trouble remembering where I lived for some reason, and was very bothered by that. The Chinese man approached and tried to sell me a bus ticket, but I didn’t need one. I hurried back outside to get away from him, just in time to see my bus pull out from the station. I was very upset and said, “Oh s__t!”, and ran to try to catch the bus, but it was no use. Rather than wait at the station, I set off to walk home, but stopped when I noticed the sky! There was only a thin band of white cloud by the horizon. On top were nearly jet black clouds that opened and shut like a mouth. They looked like black oil bubbling. I also saw that the street was Madison Ave in Manhattan, NY. There were some young people walking up head of me, in their teens or early 20’s. Weird lightning struck like static electricity on steroids! It blew the bowl of a streetlamp off leaving it sizzling on the sidewalk. The young people and I duck squatted to the ground. Another bolt struck but somehow it caused the young man to be magnetically sucked up and attached to the damaged streetlight. He was screaming for help, bit there was nothing we could do. We lay flat on our bellies shimmying to find safety. We could hear the young man scream, “It’s in the ground!”, then I tried to roll unto my back and learned that we were magnetized to the ground. That’s when I woke up.”

There is far more to the coming of this mini solar system than we recognize.

Could this be an attack by China?