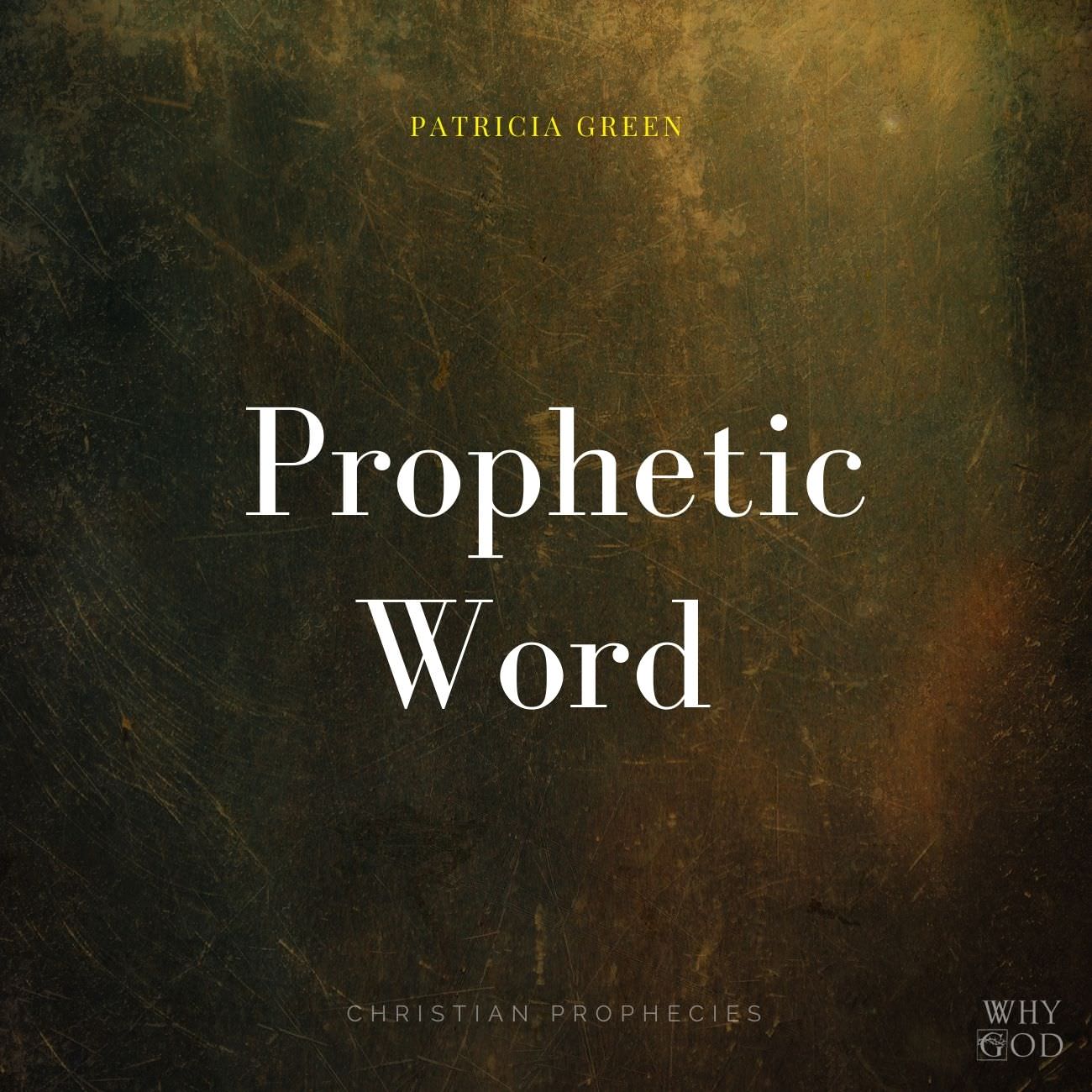 I have a tremendous amount of respect for Patricia Green’s ministry. She is one of the few that I believe is accurately hearing from the Lord. She accurately released a prophecy before Donald Trump became president that he would win the election. A number of prophecies of hers line up with so many that are established, except with so much more detail. I would encourage you to investigate her, as you will be touched with what she has to teach in her ministry.

In this prophecy that was released November 19, 2018, she tells that those who come against Donald Trump are going to face serious consequences. In this case, death!

After hearing this word, she wasn’t going to release such a serious prophecy without confirmations. She explains in the video she received three confirmations that this prophecy was heard correctly. One, was told to her that children would be baptized in the Holy Spirit, which happened the very next day on the phone.

When I watched this last year, President Bush Senior passed away just days after this warning was released. This warning prophecy was released a year ago before Impeachment was in play.

This prophecy, which was very specific, was fulfilled on Oct 17, 2019 when a central figure in the Trump Impeachment inquiry died – Elijah Cummings.

It is important to make note the prophecies that have come to pass because it gives credibility to a prophets ministry.  In this case, this prophecy was very specific, told almost a year in advance.

Transcript from the video:

Let destruction come upon them unexpectedly, and let their net that they have hidden catch themselves into the very destruction let them fall.  And Donald Trump soul shall be joyful in the Lord, and it shall rejoice in his salvation and all his bones shall say, Lord, who is like you?

He said, one of them, who is scheming to impeach Trump will fall over dead as a sign that I am displeased with those coming against my Cyrus, says the Lord.

Now when I heard that word. Immediately I said to the Lord I said Lord, that’s a really powerful word, and there’s power of life and death in the tongue.

Should I release this word?  Immediately Holy Spirit place this scripture in my heart and I want to read this to you.

17Son of man, I have made thee a watchman unto the house of Israel: therefore hear the word at my mouth, and give them warning from me. 18When I say unto the wicked, Thou shalt surely die; and thou givest him not warning, nor speakest to warn the wicked from his wicked way, to save his life; the same wicked man shall die in his iniquity; but his blood will I require at thine hand. 19Yet if thou warn the wicked, and he turn not from his wickedness, nor from his wicked way, he shall die in his iniquity; but thou hast delivered thy soul.

Then I said to the Lord I said Lord, this is, this is serious I said someone’s going to die, and Holy Spirit said, child I want you to go to Jeremiah chapter 16. And so I want to read Jeremiah 16 verses 10 to 11.

10And it shall come to pass, when thou shalt shew this people all these words, and they shall say unto thee, Wherefore hath the LORD pronounced all this great evil against us? or what is our iniquity? or what is our sin that we have committed against the LORD our God? 11Then shalt thou say unto them, Because your fathers have forsaken me, saith the LORD, and have walked after other gods, and have served them, and have worshipped them, and have forsaken me, and have not kept my law;

He said as a sign for you to release my word. All five children will receive their prayer language today. I received, I got that message in the morning of November 15.

So I had three very powerful confirmations to release this word from the Lord. So is there an example in the Bible, where man of God pronounces a death sentence upon a person, through His Spirit spoken word through the function of Holy Spirit, and the answer is yes. In the book of Acts chapter five. So let me give you a little background. So Anand is and his wife so Fira has sold the land, and they had said to the apostles, that they had get given the entire amount, when they had actually held back some of the money. So Peter had confronted and and is about lying to the Holy Spirit, and immediately and a nice fell over dead. Now I want you to listen to the words that Peter spoke to suffice era when she told him the same lie, not knowing that her husband had already fallen over dead. As a result on the line to the Holy Spirit. And we see that in Acts chapter five verses 9 to 11 Peter says to her.

9Then Peter said unto her, How is it that ye have agreed together to tempt the Spirit of the Lord? behold, the feet of them which have buried thy husband are at the door, and shall carry thee out. 10Then fell she down straightway at his feet, and yielded up the ghost: and the young men came in, and found her dead, and, carrying her forth, buried her by her husband. 11And great fear came upon all the church, and upon as many as heard these things.

So I want to read this message one more time, that the Lord gave me.

GOD has decreed that “I AM Impeaching that wicked woman Nancy Pelosi and her rebellious witchcrafts are finished as she will be removed from office and from off of the face of the earth shortly.” Those are the words I hear tonight in heaven concerning her.