Jason Lawrence had three OPEN visions about volcanoes going off along side 3 major earthquakes along side a tsunami that hit the west coast.
Here is what he wrote us:

I want to share with you what happen to me in church today when the alter call was announced.  I went up and got on my knees and began to pray.  I was praying for members of my church and family and for my kids my mind was asking God to help different people with different situations.  But the lord show me something completely different. It came in 3 visions.

I saw an nuclear bomb go off in a coastal city but I don’t know were.

I saw a chain of events flash before me like an old movie projector.  The vision of events was a series of volcanoes going off causing great damage and then I saw 3 major earthquakes go off along the west coast and northwest coast and then I saw great tsunamis destroy major cities.
I saw cities on fire from civil unrest and then I saw martial law, and then the most disturbing thing was I saw pastors drag out in the streets like the dictators of the Arab spring where they would drag out in the streets like the dictators of the Arab spring were drag out the men ad blood on there face and people were screaming “kill them”. And there was a split in the church.  There was an government control church that had totally false doctrine then there was one in the small homes of America but meet in secret.  Some one had to be on guard all the time.  Then I saw people lined up for miles for food.
I walk in to the pray room and I wanted some alone time from the service and I cried and spoke in tongues and the Lord show me a 3rd vision

I just herd screams upon screams and then I saw cities, large cities.  They were in rubble and like ghost towns and it was dead winter.  I don’t know if it was nuclear winter.  When I saw people it was scarce they all had gas masks on and I look up at the grey sky and I heard the Lord say this is the judgment like Sodom and Gomorrah and my plagues on Egypt and so it will be for America says the Lord.

Yes this was a vision, not a dream.  I was not expecting it at all.  I was wide awake.  I don’t mind if you use my full name and you can post it were ever you like.  I work for God and this is a warning.  I am a watchman and I don’t know when this will occur but it is coming. I don’t know why pastors was dragged out in the streets but I feel because people was not rapture and they were too tied up in “happy church” and this could be the great falling away I saw.   And all I can give you on the Christian on guard was people were tired wrong out but happy and when at church service they were all ways on guard like they didn’t want to get caught having church.  It was clearly persecution on the United States church. I hope this helps you. God bless you guys

A Volcano Dream In The United States.  See it here 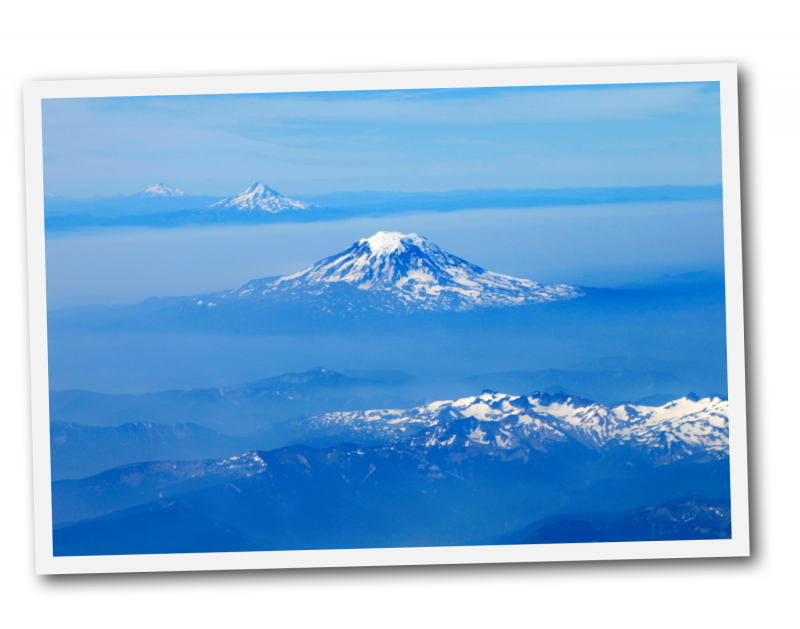 Notes:  Massive, Massive heavy rains in the area,  She mentions the state of Oregon (Mt HOOD), and Mt Rainer in Washington State.  Did she see two eruptions?

I cannot verify who seen this dream or vision

I heard the Emergency Broadcast System throughout the neighborhood and went in to watch.  Fires were started throughout the U.S.  The main body of which was caused by an unexpected meteor.  The shuttle was forced to land because of the meteor showers.  When the burning objects hit the ground, they started oil, coal and gas fires from Texas to Virginia. (…)

This was the most amazing part of the dream and there is no way to describe the changes with the people that were gathering into groups.  They were all so beautiful but nothing I could describe.  They looked like pure perfection and were no longer bound by any force on earth.  I, myself, could go anywhere instantly. (…)

But I remember being attracted to a large blue object sitting above the earth.  I felt so incredibly drawn to this object, a huge object. (…)

I could hear in my head, someone telling me to “Look away from the earth”.

She was in a park in the wilderness. (YELLOWSTONE) When this volcano erupts, giant boulders come down with it. See it here

Warning of Large Plume Clouds After Eruptions in Washington and Oregon Z3News.com

” In the dream, I was standing on a viewpoint hill in eastern Washington state. It was a vantage that I don’t believe exists in the natural because I could see all of the Cascade mountain peaks in Washington and Oregon. Nearly simultaneously, all of the large peaks became active volcanoes.  The first to erupt was Mt. Rainier, and it’s plume was the largest. But directly following, all of the peaks began sending up large ash plumes. From where I stood, I could see a line of erupting volcanoes from north to south. Though I was far away, I could feel the shaking of the earth and I could hear the rumble of the explosions.”

As you can see, this picture represents what Shawna from Z3 news saw.

Mt Hood Eruption. Hot Ash everywhere. No warning when it happened.  Hot rocks come down.  She makes an interesting connection to burning rocks falling down to what others have seen in their dreams.  Find this on Youtube

Flexgado “I searched for anyone who had a dream about a volcano eruptions like mine. My dream was only a minute long I walked out of my house and I looked to my left and I saw a volcano erupting about a mile away and black and grey smoke. Also i saw lightning coming from the volcano then I looked in front of my face and saw a square shape rock zooming up to me as it was as close as my face and engraved was a date say “July 16” but no year was on the rock I told my wife as soon as I woke up and I never had a dream with a date in the 26 years I been alive.”
Miselain-”  I’m evidentally not the only one who has these dreams. As far back as I can remember, my dreams only consist of natural disasters. Fireballs raining down from the sky. Volcano eruptions around the world. This morning, I had such a terrible dream of a very massive volcano eruption, that I started looking up meanings, etc; Thus, I am here. A lot of people tell me that it has something to do with my emotions, but I fully disagree. I have always felt that these dreams mean something more. I don’t understand it. It scares me. I wake up terrified”
watertakken  “On the night of Nepal Earthquake, I had a coincidental dream. In the dream I saw a news report that said “Yellowstone Bombed, Massive Volcanic Activity Reported.” I could see lava flowing out. After all that i woke up. I believed in the dream, a nuclear bomb went off in Yellowstone, then all the lava came out. I know it sounds insanely crazy, but its Very Scary”.
Steven Harris  “had dream about yellowstone some days ago. yeah and it was boulders flying everywhere”.

We have already analyzed the recent seismographs that were taken at the site of Mount Hood.  We now recognize the significance of the aberrant signals that have been identified as a scalar interferometry weapon.

What is little known is that Mount Hood is not the only site targeted by these scalar blasts.  A study of similar high risk sites such as Mount Rainer, the Long Valley Caldera at Mammoth Lake, California, the Seattle Fault at Pugent Sound near Seattle, Washington and Vancouver Island in Canada and the Yellowstone Caldera at Denny Creek, Wyoming today are all showing signs of being attacked by scalar longitudinal weapons.  http://www.biblesearchers.com 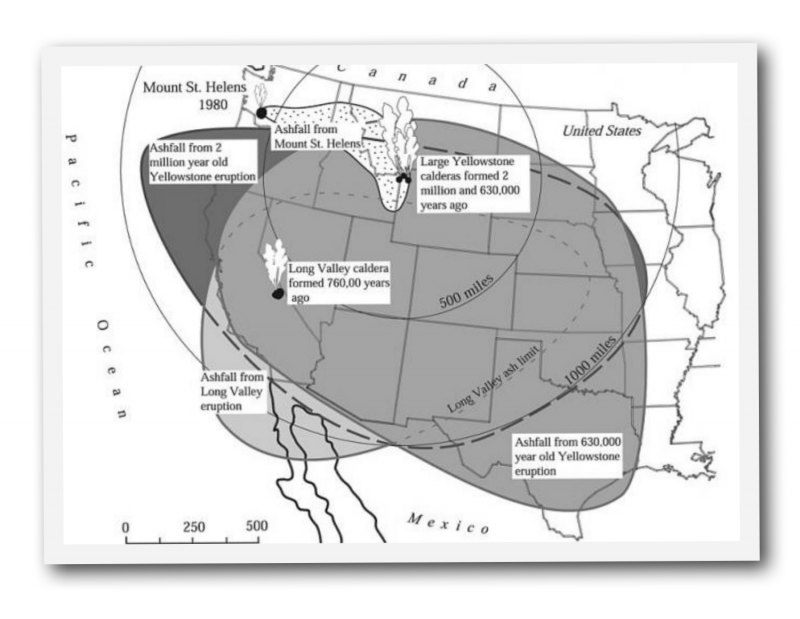