This is a message given by Joanie Stahl to the K-Teams in July. Joanie talks about reaching the lost for Jesus, moving in the prophetic, learning powerful keys to spiritual warfare and the miracle healing of people who are on death’s door. From beginning to end it is jammed packed with amazing testimonies to God’s power. This is one “Must hear” AMTM show! 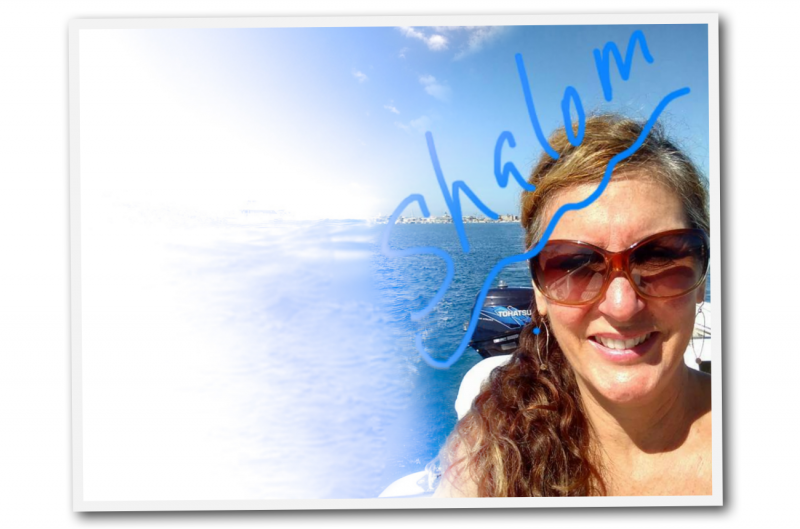 Recently I had the privileged invitation to speak at a couple of Kingdom Team, aka K-Team, meetings. I knew very little of what they were about. That is, until I had the opportunity to speak to several of the members. When I understood their mission and vision, it was then I knew God has indeed been moving in the earth by these great men – moving in preparing an underground Church now fully underway.

Before I go further, it is necessary for me to shed some light on what type caliber of men are involved in this group. These men are mature, intelligent, and on fire for Christ. These are men “that have the understanding of the times” (1 Chronicles 12:32, KJV).

They have purposed themselves to form regional armies of men who have witnessed their fill of the religious system; men who are tired of waiting for Pastors to tell people the truth and prepare them for what is coming. These Pastors, as well as leaders, will not do so in fear of losing numbers, which in turn loses money (though they themselves know what is coming). “For they love the praises of men more than the praise of God (John 12:43, KJV), whose name is to be praised for ever and ever” Amen! (Psalms 145:2, KJV – personalized).

These men involved that have spent many years in Churches, know that nothing is being done in terms of preparing God’s people for the reality of what is coming upon this nation. They have witnessed the abandonment of authority given to leaders of the Body of Christ in the most critical, dangerous time in human history.

These K-Team men have been fast at work, guided completely and solely by the Holy Spirit, and using Acts chapter 2 as protocol. They are sharp. They have lived through everything this last portion of the Church Age has accepted as new, repackaged attempts and methods, in place of the missing presence of the Holy Spirit. They reached an end of it, yet have stepped into a new beginning of the Church militant.

Their initiative is precise, accurate, articulate and methodical, all bound up in military style with Jesus Christ being made as “The Captain of the Host of the armies.” They are focused as men who no longer entangleth himself with the affairs of this life; that he may please Him who hath chosen him to be a soldier” (2 Timothy 2:4, KJV).

In essence, they have begun to prepare for the inevitable – the total and complete collapse of the economy. This will have detrimental and horrific effects on every citizen of America. I spoke to one man in particular who told me he had told the Lord that he was willing to lose everything for this effort; and, that he has made his peace with the Lord driving his own sword into the ground as a declaration of his personal, permanent decision. As he spoke to me, I can assure you that his expression was one that was nothing short of lion-like. I saw his great passion and I knew he meant it “to the dividing of soul and spirit, and of the joints and marrow…” (Hebrews 4:12, KJV). I knew this man represented the entire heart, mind, and goal of entire K-Teams nationwide and globally.

[perfectpullquote align=”right” cite=”” link=”” color=”” class=”” size=””]Let’s face it, I am going to say something and say it strongly. The Body of Christ is by far NOT in the least bit ready for what lies ahead. [/perfectpullquote]

The Church Body enjoys what the Church system provides to them, which is nothing short of a lovely day at the spa. They are massaged, sung to, pampered, and fed with the desire of “his dainty meats” (Proverbs 23:3, KJV – paraphrased). There is no fight in them. They are the opposite of what the Lord had in mind from the beginning, which was a mighty force of heavenly power while they sojourned on earth.

Am I being unfair? Are there any out there that can wield a sword and stand in power anymore?

Yes, this exists in a remnant. It exists in these men, as well as many of you who might be reading this right now. Many of the powerful remnant are scattered throughout the whole earth in every nation. Indeed, they do indeed exist and God is lining them up and pulling them out of hiding by His deliberate command. These people are mighty, disciplined, and highly trained. They are easy to command because they have continued with Him all their lives. He has been waiting patiently to order them onto the front lines by His spoken Word. They are fearless.

The following verses uttered by the Lord Jesus Christ tell us exactly what condition the world will be in right before His return. However, I also interpret this as meaning there are those whom confess they are Christians will cry “Lord, Lord”, yet they also “eat and drink with the wicked” (Referencing Matthew 7:21-23; 1 Corinthians 5:11 KJV – paraphrased).

“As it was in the days of Noah, so shall it be also in the days of the Son of man. They did eat, they drank, they married wives, they were given in marriage, until the day that Noah entered into the ark, and the flood came, and destroyed them all.

Likewise, also as it was in the days of Lot; they did eat, they drank, they bought, they sold, they planted, they builded; But the same day that Lot went out of Sodom it rained fire and brimstone from heaven, and destroyed them all” (Luke 17:26-29, KJV).

They see the signs every day – from first thing in the morning until late in the evening. They have grown used to them and have given in to them. Nevertheless, a harsh reality is coming. They can hear the sound of it like rolling thunder in the distance, over the hills like a horrible, rampaging, impending storm, and America is in the direct path of it. The vast majority of Christians confess that they know it is already here. They are without excuse now. They will be held accountable. Sin is not without consequence, “for the wages of sin is DEATH…” (Romans 6:23, KJV).

Refusing these harsh realities will not prevent this runaway, greased-lightning train wreck that will happen soon; it will happen right in their own states, towns, and homes. There will be millions of shocked, pale- faced Believers who are in no way prepared, spiritually or physically. Both must go hand in hand. A deep sleep has fallen upon the people of God and they CANNOT wake up. They WILL NOT wake up until everything they know that comforts them, that daily rocks them to sleep, is kicked out from underneath them irrevocably.

In that day, then and only then will they have no other choices, options, angles, plans, or power to escape and/or rescue themselves – no trees or rocks to hide behind. They will be faced with the brutal reality that they placed their faith in “a nation that could not save” (Lamentations 4:17, KJV) them. They will remember all the years and money they threw away on false teachers and men who “have men’s persons in admiration because of advantage” (Jude 1:16, KJV)… their advantage, not the flock’s advantage.

Then those who have enough gas left in their tanks after everything they had power over is shut down, will go to Church; although, it will not be as before. Instead, they will go to their Churches to hunt down their Pastors that only prophesied “…smooth things and prophesy deceits, and “…saying peace, peace when there is no peace” (Isaiah 30:10, Jeremiah 6:14, KJV). I can picture pitchfork mobs searching them out demanding answers, and perhaps worse!

I have no problem saying it. I live in this world as all the rest, and have lived long enough to see and know the difference. In fact, this is exactly how the Lord said it would end. [perfectpullquote align=”right” cite=”” link=”” color=”” class=”” size=””]Yet, at the same time, God is moving mightily in these men and many like them, even preparing for those who are at this time mocking and laughing at these truths and preparations. Why? It all boils down to one fact – God is love. [/perfectpullquote]

He promised to remember His covenant with us. He is good, “even to the unthankful and to the evil” (Luke 6:35, KJV).

These men have Joseph’s initiative as their foundation. This signifies that God has been warning for long enough and there is only a short window of opportunity beforehand to prepare for it. That time is NOW. God only warns for so long. There will come a day where all will look back upon it as “that” day. The day that time ran out. A day in which there will be no more time to prepare. One that God will use to advance His Great Harvest in the midst of the Great Falling Away, as these two will occur simultaneously.

(Edited By Brook A.)