Joel Skousen reveals that the Ozarks happen to be one of the safest places in America. The elites also are establishing themselves in the Ozarks.  They are building massive long term shelters, and many Christians are being lead to re-locate there.

Many believers around the United States have it on their heart to move, but they just don’t know where to re-locate.  Are you in that very position, or know people who are? Have you ever considered the Ozark Mountains?

Joel Skousen happens to be an expert when it comes to high security residences and retreats. In his book, Strategic Relocation–North American Guide to Safe Places, he guides people through the process of developing contingency retreat plans for when a major crisis strikes.

This very well known book has a 3rd Edition.  In the latest edition, it features a newly added section on foreign re-location possibilities.

If you are considering moving overseas, this new addition had nearly 3/4 of the content re-written.  The newest version is expanded to 349 pages.

He reviews some of these essential questions:

The inflow of food ? Will these communities provide the basic necessities of life?

What if an economic crisis threatens your pensions, or monthly income?

What if a major terrorist attack on a U.S. city with chemical, biological or nuclear weapons? What would you do?

Could you get out of harm’s way in time if social unrest erupts?

Do you have contingency plans to exit your city when roads or highways are blocked?

By Joel Skousen
Author, Strategic Relocation and The Secure Home

Missouri is one of three Midwestern states that have access to the rugged hill country commonly known as the Ozarks—one of the nation’s best known retreat areas.  However, there are many other parcels of rural farmland in Missouri which qualify for good retreat sites because of Missouri’s mix of hilly forested terrain and cultivated farmland offering relatively low population densities, deep fertile soil and topographical privacy. The land has good productivity with a growing season of 150 to 210 days, with average rainfall of about 38 inches per year. There is deep soil everywhere except in the Ozarks region, providing good basement potential in most areas of the state.

The Midwestern climate, however, is not for everyone. Missouri has a humid continental climate 3/4ths of the year (hot and muggy) and the winters are cold and breezy. The state also gets its share of tornados each year (27 on average), but that has the side benefit of giving preppers an excuse to build a safe room and call it a tornado shelter on the plans as contractors and inspectors don’t blink an eye over that.

The region has a very low population density in many of the outlying rural counties. The cost of living (ranking the 5th least expensive state) is low in Missouri and even lower in the countryside as compared to the two major metro areas. As for taxes, Missouri ranks about average—32 out of 50 in high taxes, with an effective rate is 9.2% of income paid to the state.  There is income tax, and property taxes are average ranking 23rd in nation.  The sales tax of 4.3% is well below average.

Permits are required for all construction, though there is some variance at the local level.  Missouri does have comprehensive planning and zoning laws, and all cities, towns, and villages are authorized to plan and adopt zoning regulations, which must be in accordance with a comprehensive plan. However, the statute does not require that smaller jurisdictions adopt a comprehensive plan, and many of the small towns have not.

Overall, the land in Missouri is better than its leaders. Missouri is getting more bureaucratic and intrusive with its regulations (as are other states). The good ol’ boys network is powerful in this state, so if you choose to retreat here you need to keep a low profile—especially in light of this state’s many connections to the dark side of government.  It is not as concentrated as in Washington DC and Denver, but federal connections and influence with state and local law enforcement allow the ones that are corrupt or bullish to act with some impunity.

Corruption is fairly high in the state as well. Part of that is due to Missouri’s connection with the CIA.  Historically, a good portion of CIA front companies have been organized in Missouri, which only happens when the insiders at the federal level have a known working level of control over state officials.

Crime is high, mostly because of the two major cities: crimes against persons came in at 500 crimes per 100,000 residents.  The property crime rate is above average: 3636/100k but is skewed by the figures coming out of the two major metro areas in the state:  The crime rate in St. Louis, for example, is four times the state average. In Kansas City it is three times the overall state average.

Missouri is mostly pro-Second Amendment in its gun laws, after many years of being restrictive as to both purchase and carry.  It has a “shall issue” policy for concealed carry for those who apply who do not have a criminal history.  It is also an open carry friendly state. In addition on the Freedom Scale, Missouri is also very free in terms of allowing the practice of alternative medicine and home schooling.

Caution: Stay clear of the two major nuclear targets in the state: Kansas City Nuclear Weapons Plant, (in SE KC), and Whitman AFB in central MO, home of the B2 nuclear bombers. Also don’t be downwind of the nuclear power plant Calloway Nuclear Power Plant, Jefferson City, which has one reactor and became operational in 1984.

RETREAT AREA RECCOMENDATIONS:  In Southern Missouri, the Missouri Ozarks are particularly well suited for sustainable retreats with plenty of water, forested hills, wild game, fish, and wood for stoves. The water is excellent from both springs and wells. The Ozarks of Missouri differ somewhat demographically from the more famous Arkansas Ozarks, which I’ll cover in a future article.  The old timers of the Arkansas Ozarks are noted for their reclusive attitudes and reluctance to accept newcomers.  But the Missouri Ozarks I have found to be generally more open to outsiders.

The general boundaries of the Southern Missouri area we are discussing encompasses all of the rural land and hill country south of I-44 which originates where the eastern corners of Kansas and Oklahoma hit SW Missouri and travels NE through Springfield to St. Louis, MO. Obviously you want to stay well clear of freeway entrances and exits as well as the major cities like Springfield and especially St. Louis. I’d also avoid any property near Fort Leonard Wood just south of Waynesville on I-40.

There are large tracks of State Forests in this southern region of the state, and although you cannot buy land inside the State forests (except parcels that were homesteaded in pioneer days), they provide great backdrops for rural farm retreats that back up to these state lands.  Much of the most beautiful forestland is contained in the Mark Twain National Forest, but there are thousands of private acres nearby to this huge protected area.

The resort town of Branson, Missouri, south of Springfield and close to the Arkansas border is a nice place to visit for entertainment, but land prices close by are too high with many of the rich and famous moving into the area.  However, as soon as you get some 30-45 minutes away, the land prices come down and are more reasonable.

To the West and SE of Branson there are two long and curving manmade lakes, Table Rock Lake to the West and Bull Shoals Lake to the East (which crosses over into Arkansas).  These long lakes with their many branches make a formidable barrier to refugee flows if pick a site that puts the water between you and the town of Branson.  They make good recreational retreats, but are not as good as owning secluded farmland.

I’m not going to make any specific recommendations here because the entire area is highly rated, and generally suitable, but you still have to take care to pick a site that is secluded and where your home and outbuildings are not visible from any of the paved secondary roads that crisscross the region. You want to be down a long and curved graveled drive with trees surrounding your property, to maintain your privacy and freedom to grow food without attracting refugees. And, if you do pick a piece of mountain land, don’t buy until you investigate where the underlying rock layer is—that might prohibit or make too costly the installation of a secure basement.

When you start to look for specific property be sure and visit www.strategicrelocation.com  It is becoming the web’s foremost place for finding, selling or buying “For Sale by Owner” retreat properties, and includes ratings and analysis by relocation specialist Todd Savage, and his team.

This article comes to you by Joel Skousen and StrategicRelocation.com

If you are in the process of looking for a home or retreat we urge you to visit StrategicRelocation.com, the fastest growing For Sale By Owner real estate web site on the internet. 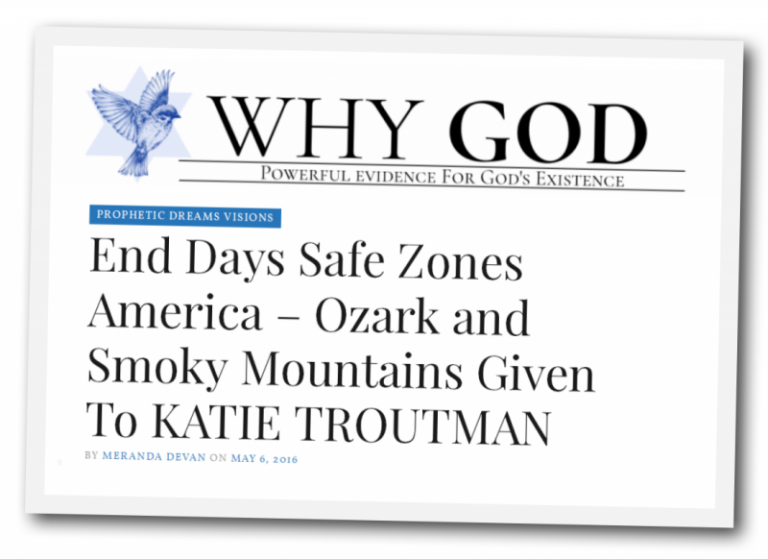 Preparing for the Economic Collapse with Joel Skousen – YouTube