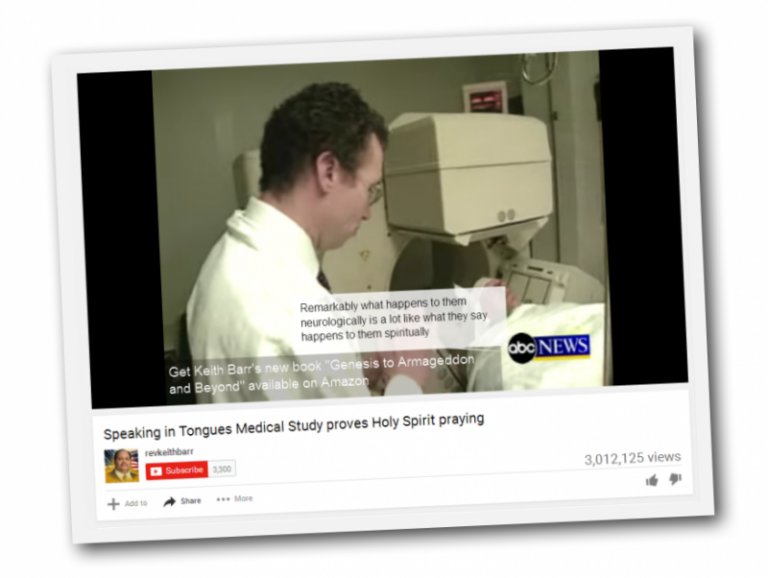 In this 8 minute video , ABC news looks at a medical study which investigates speaking in tongues. What they found when using medical equipment is that the brain waves act much different than when we normally pray in our own individual languages.   There is a supernatural significance to praying in tongues.

Patricia King and James Goll shared their thoughts about speaking in tongues. James tells us that our “gibberish” may in fact be other languages. He was in charge of leading an apostolic team which included men from all nations. He encouraged everyone in the meeting to speak in the gift of tongues for 15 minutes.

Suddenly the apostolic leader said “Do you know what you are doing?”

He told James he was able to recognize two languages in James’s tongue, one being Korean, and the other being a Native Indian Language specifically from the mountain tribal people of Guatemala.

The Best Teachers Show YOU How To Speak In Tongues On Sid Roth: