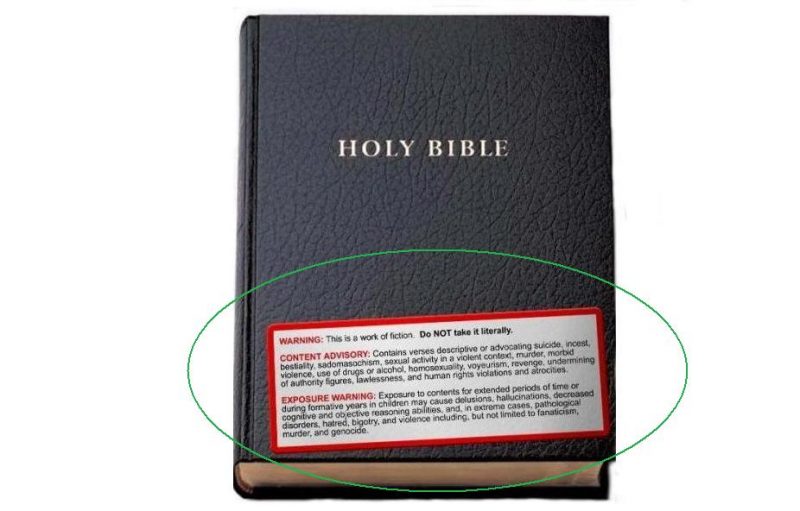 Have you noticed how it has become perfectly acceptable to mock Christianity in modern society?  Christianity is regularly mocked on mainstream television shows such as the Simpsons, in movies such as “Religulous”, “Saved!” and “Jesus Camp” and in countless stand-up comedy acts and in countless Internet forums across the Internet.

Even Nancy Pelosi’s daughter is making a documentary that mocks evangelical Christians.

Some of the worst mocking of the Christian faith has come in recent best selling books.

*”God is Not Great: Why Religion Poisons Everything” by journalist Christopher Hitchens.

*”The End of Faith” by atheist author Sam Harris.

*”The God Delusion” by Richard Dawkins.

And there is absolutely no uproar.

We found one the other day that is called “God is for Suckers!” It purports to show that anyone who believes in Christianity is a moron.

We even found a “map of heaven” floating around the Internet.

This piece of mockery includes “an angel boot camp”, a “line for God’s lap”, a “hall of heroes” and an “America Land”.

You can see a large version of this map here:

Where you can see some of the most outrageous anti-Christian propaganda is on Internet forums where people think that they are anonymous and can say anything that is on their mind. The following are the titles of just a few anti-Christian threads from an Internet forum that we like to visit…..

“Dirty, Filthy, Christians”: Treatise On The Most Dangerous Death Cult In Human History

How can we destroy Christians?

Christians should not participate in politics

Unfortunately it is only going to get worse folks.

The Scriptures tell us that Christians will be persecuted in the end times.

In Matthew 24:9, Jesus is speaking specifically about the end times and He tells us how the world will treat Christians at that time…..

So if you are a Christian get ready for even more persecution.

The reality is that by the end ALL nations are going to hate us.

Decide right now that you will be strong for Him.

It isn’t going to get any easier to be a Christian as we move into the future, but as the rest of the world plunges into despair, it will be those who know the Lord that will have hope in the middle of the darkness.