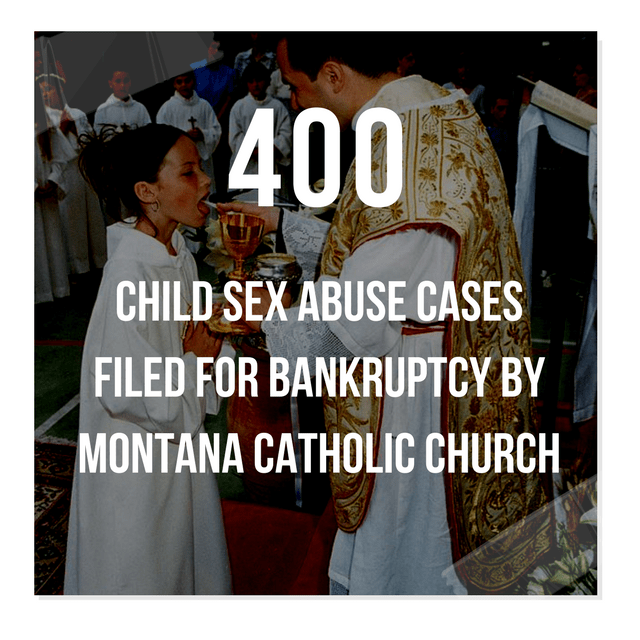 A Montana Roman Catholic diocese has filed for bankruptcy following a court ruling finding the church guilty in over 400 cases of child sex abuse. Church officials confirmed that the Diocese of Great Falls-Billings is unable to settle the lawsuits that have been so far been filed by 72 of the victims of pedophilia at the hands of Catholic priests. This is the second diocese in Montana to file for bankruptcy over child abuse lawsuits in less than three years, with the total number of cases of sex abuse by priests, nuns and church volunteers reaching a staggering 760 victims since 2014 in Montana alone, with payouts from lawsuits in the tens of millions.