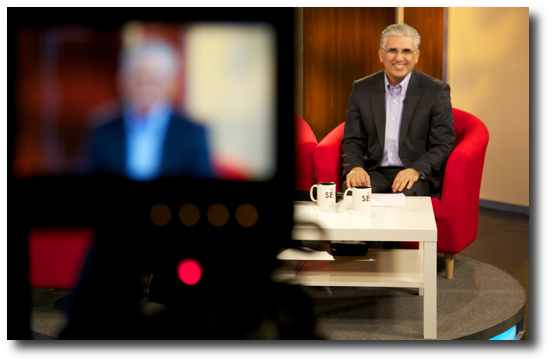 Dr Hormoz Phd a scientist tells about his his journey from Islam to Jesus Christ.  Hormoz  describes himself as an “independent thinker,” he read the Koran, got some answers, but still felt empty.  He came across a Bible and started to read that.   At first he thought Jesus would be like the figure in the Koran, but the more he read it, the more he realized that “Jesus didn’t look like the prophet in the Koran.” Jesus seemed strong and confident, he said.  Hormoz was drawn to the teaching at the Sermon on the Mount, but found it  the Sermon was nice but not practical. Who can live like that? “God used that,” he says. “This convicted me. If this is the standard, we’re all sinners.” Hormoz was in a tortuous state for some time. He couldn’t accept or not accept Christ.   Hormoz started attending church and did accept Christ.  Hormoz grew in the Lord and started a Bible study and by 1988 he started a church.  Shockingly it doesn’t end there!

One day in 1990 he was in his office and was appreciating how good his life was.   He was working in the field of artificial intelligence and it was like a game to him, and he thanked God for it. But the Lord challenged him one day: “You want to be paid big money to play games the rest of your life?” “I decided I wanted to invest my life into something that was eternal,” he says.  By 1991 over 100 Muslims came to Christ and Hormoz realized that the Lord was calling him into full-time ministry. In 1997 the Lord expanded the ministry when he began a 30-minute local cable show. By 2001, satellites opened up in Iran and they could broadcast in Farsi. “Through many challenges the Lord has moved mightily in this work.”

Hormoz never envisioned this for his life, and by the Lords hand they are now on the air nine hours weekly in Iran – one hour of primetime at 10:00 p.m. The response has been tremendous, as the show is now one hour, and airs also in the United States, Europe, Canada, and the Middle East.  Hormoz can conservatively say there are 50,000 converts that he knows of.  He tells of the mighty move of God in Iran, and how so many are coming to Christ. When they witness, many are hungry and accept Christ on the spot.

Several viewers said that Jesus appeared to them in visions and they wanted to know what this meant. In a vision, one saw himself in a vast field in the wilderness. He was lost. Suddenly, a tall bright man like an angel appeared to him. When the man said he was lost, the angel pointed toward a direction. The man looked and saw a cross and Jesus was on it. At the foot of the cross, a river of light suddenly fell on him and he felt so much peace. He did not want to wake up because the peace left. “Now would you please tell me what is the interpretation of this dream?” he asked. Hormoz was happy to explain this to him. The big challenge now is to train leaders in the home churches.