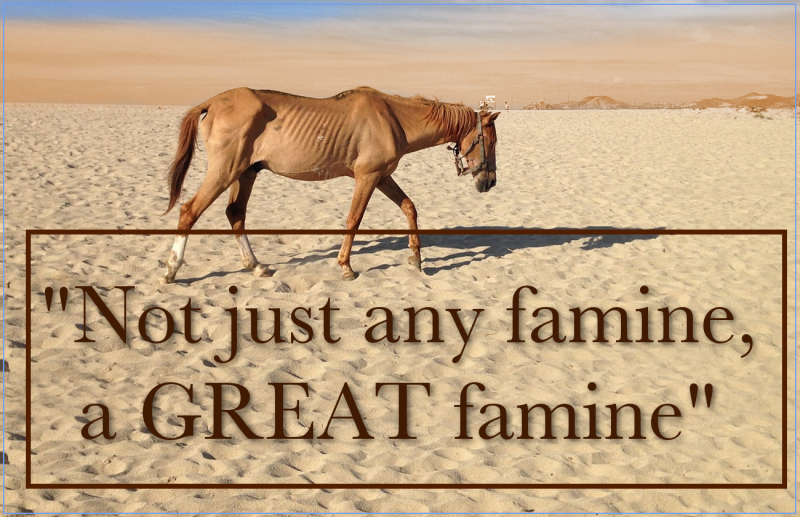 This first one is about the MARK OF THE BEAST.

In this dream I saw the RFID chip in someone’s FOREHEAD. I wasn’t expecting to see the chip in someone’s forehead, yet there it was. People were being forced to take it (the mark) or be shot. I saw one person that refused and he was instantly shot in the back of his head for not receiving it.

The Bible tells us that there are THREE elements to the “MARK”.

“And he causeth all, both small and great, rich and poor, free and bond, to receive a MARK IN THEIR RIGHT HAND, OR IN THEIR FOREHEADS: And that no man might buy or sell, save he that had the mark, or the name of the beast, or the number of his name. Here is wisdom. Let him that hath understanding count the number of the beast: for it is the number of a man; and his number is Six hundred threescore and six.”
You must NOT take any 1 of these 3, or you will drink of the wine of the wrath of God and forfeit your Salvation. If you WORSHIP the beast and his image, that means your name is NOT written in the Lamb’s Book of Life! (Revelation 13:8 & Revelation 14:9-10).

PART 2 (HATED OF ALL NATIONS):

In this dream, I found myself in a classroom like setting. It appeared as though I was the only Christian amongst a group of Muslims. They absolutely hated me and anything related to the Christian faith. When I began to pray they removed themselves far from me. They were really offended by my presence. I tried to evangelize to a Muslim brother who was near the front by the teacher. I asked him if He wanted to accept Jesus Christ as his Lord and Savior and his response was a firm “No”, followed by “Why?” After I explained to him the gospel, he laughed at me and walked off towards the others in the group. I heard one of them call me “stupid”, and someone else remarked “only a fool would believe in something they can’t see”. When it was time to eat, I had to sit by myself and eat by myself. It wasn’t long afterwards that a man sat down across from me who was my husband; not my husband in reality. He was symbolic for Jesus, because in the midst of the persecution I was facing there was just such deep love radiating from Him .

Matthew 24:9-10- “Then shall they deliver you up to be afflicted, and shall kill you: and ye shall be HATED OF ALL NATIONS for my name’s sake. And then shall MANY be OFFENDED, and shall betray one another, and shall hate one another.”

Luke 6:22-“Blessed are ye, when men shall hate you, and when they shall SEPARATE YOU FROM THEIR COMPANY, and shall reproach you, and cast out your name as evil, for the Son of man’s sake.”

Matthew 5:10-11-“Blessed are they which are persecuted for righteousness’ sake: for theirs is the kingdom of heaven.Blessed are ye, when men shall revile you, and persecute you, and shall say all manner of evil against you falsely, for my sake.”

I spoke to you all earlier this spring that there is coming a famine. Not just any famine, a GREAT famine!

In this dream, I saw how people were resorting to CANNIBALISM. I saw them eating each other’s flesh like wild animals. I was one of FEW who absolutely refused to taste human flesh and blood. The few of us had to hide our hygienic items like soap because it would give us away to the others. We would stash them in a shoe box and put them underneath something a little ways off from where we actually were. We often had to keep it moving. It was a dangerous time, yet we were always protected and never harmed ?. 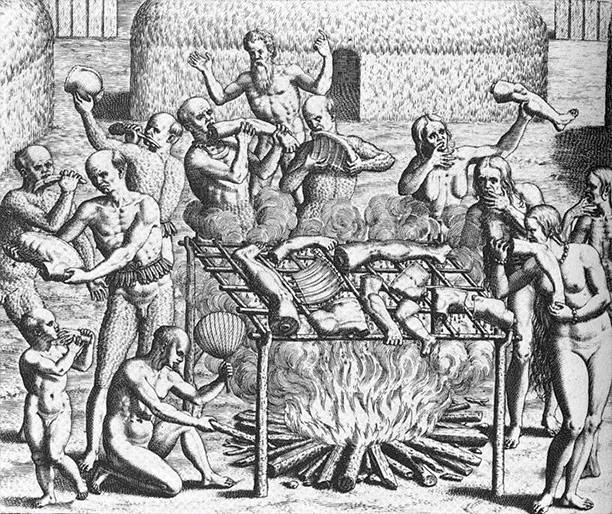 Revelation 6:5-6-“And when he had opened the third seal, I heard the third beast say, Come and see. And I beheld, and lo a black horse; and he that sat on him had a pair of balances in his hand. And I heard a voice in the midst of the four beasts say, A measure of wheat for a penny, and three measures of barley for a penny; and see thou hurt not the oil and the wine.”

In this dream, I came face to face with Oprah.

However, at first glance I realized that she was not herself. It was like something took over her entire being! She did not speak, nor look at me directly. I knew this was a different kind of battle I was facing. This entity absolutely HATED my guts. As it drew closer, I was not able to stand in her presence or continue looking at her. It had me slightly suspended in the air, but not completely because I began to intercede for her. It tried very hard to stop me from praying, but I was overcome with the Holy Ghost, and the Word of God just started flowing out of my mouth.

The power within me was greater than that I was facing. I was putting on the whole armor of God, canceling the plans and plots that were to be carried out through her, trampling upon the lion (Satan) and adder, trampling them under feet three times and other things. The stronghold was broken and she snapped out of it all.

I don’t know what plans the Lord has for her. All I know is that we are called to INTERCEDE for her, because the Devil has an agenda with her in it that he wants to accomplish. Don’t be afraid to pray for her. Remember that we wrestle not against flesh and blood! We’ve been given all power and authority to trample over the enemy. ??

Ephesians 6:12 -“For we wrestle not against flesh and blood, but against principalities, against powers, against the rulers of the darkness of this world, against spiritual wickedness in high places.”

2 Corinthians 10:4-“(For the weapons of our warfare are not carnal, but mighty through God to the pulling down of strong holds;)”

In this dream, I was in a building with large windows like a cafeteria. Something was going on outside. Then all of a sudden I heard someone say, “Come on, let’s usher in the Oil!”.

We all got out of our chairs and drew closer to the door and windows, all the while waving our hands in the air in complete worship and praise. It lasted for what seemed like a whole song, then everyone turned around and went to go eat.

It was disappointing that they didn’t stay in that place of worship, so the Oil stayed outside. I was the only one who continued on…You see, the OIL is the HOLY SPIRIT ?…When you WORSHIP Him and PRAISE Him, you are INVITING HIS PRESENCE ?. If you want a deeper relationship with Him, seek His face, take your time and truly worship Him ?…He will come and meet with you in that secret place. ?

Psalm 22:3-“But thou art holy, O thou that inhabitest the praises of Israel.” 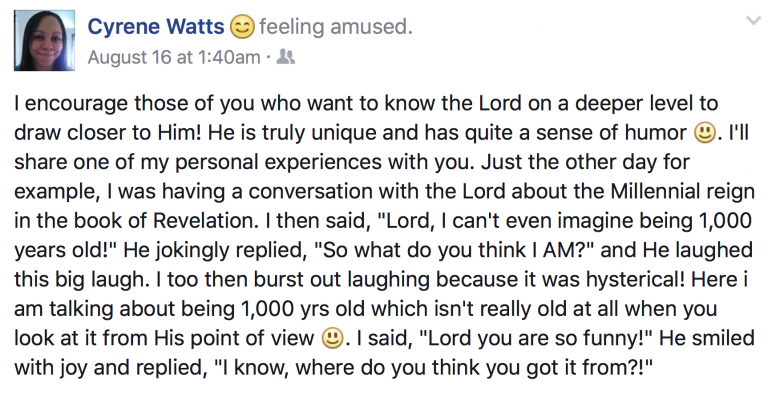 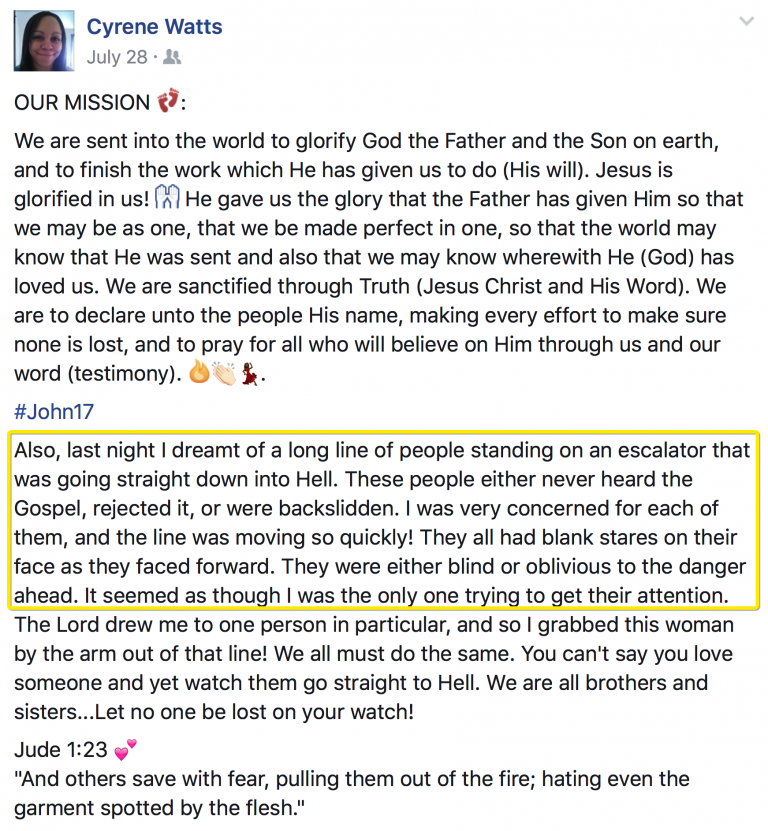