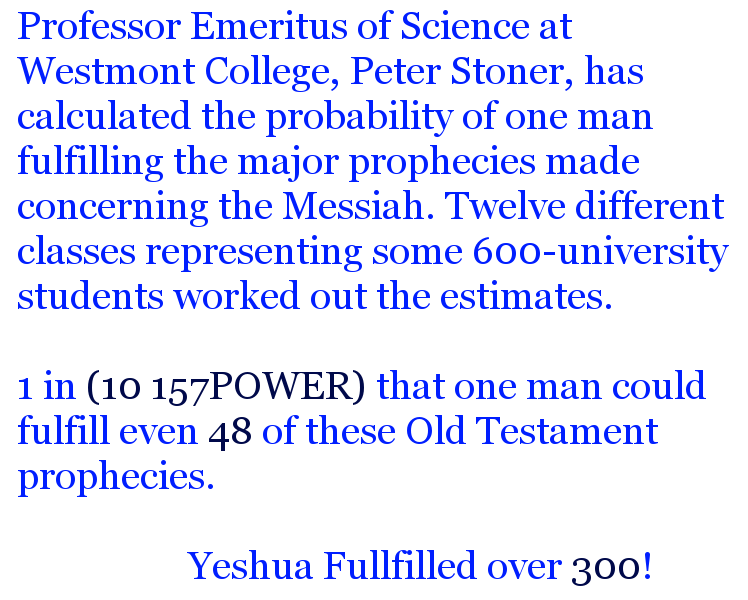 One of the things that sets Christianity apart from all other religions is the element of fulfilled prophecy.Did you know that there were dozens of specific prophecies that were fulfilled by Jesus Christ? Most people simply do not understand that Jesus fulfilled some incredibly amazing prophecies when He came to this earth. Even most Christians do not understand that these fulfilled prophecies are incredibly powerful evidence for the Christian faith, and that they should regularly be used in evangelism and for destroying the arguments of skeptics.

Why don’t even most people in the Church know about these things?

Because the dead churches have never taught them.

But they should be teaching them.

After all, these fulfilled prophecies were absolutely central to the message of the first Christians.

Even Jesus used these prophecies to explain the truth about Himself to others:

And beginning with Moses and all the Prophets, he explained to them what was said in all the Scriptures concerning himself.

He said to them, “This is what I told you while I was still with you: Everything must be fulfilled that is written about me in the Law of Moses, the Prophets and the Psalms.”

“If you believed Moses, you would believe me, for he wrote about me.”

In the same manner, the apostles also used these prophecies to persuade people that Jesus was indeed the Messiah:

But this is how God fulfilled what he had foretold through all the prophets, saying that his Christ would suffer.

As his custom was, Paul went into the synagogue, and on three Sabbath days he reasoned with them from the Scriptures, explaining and proving that the Christ had to suffer and rise from the dead. “This Jesus I am proclaiming to you is the Christ” he said.

This was how the early church did their evangelism – they showed people that what had been written in the Scriptures hundreds or thousands of years ahead of time had been specifically fulfilled by Jesus Christ.  Many thousands quickly became Christians because they realized that the events that they had witnessed with their own eyes were indeed foretold long ago by the prophets of God.

If you do not know about these amazing Messianic prophecies, then we would encourage you to learn.

One of the first prophecies that we usually take people to is found in Isaiah 53.  We did an article about those amazing prophecies right here:

In addition, Psalm 22 contains some things that will blow your mind.  We did an article about the prophecies in that portion of Scripture right here:

For more information, we would encourage you to check out this great site that lists 45 of these Messianic prophecies: