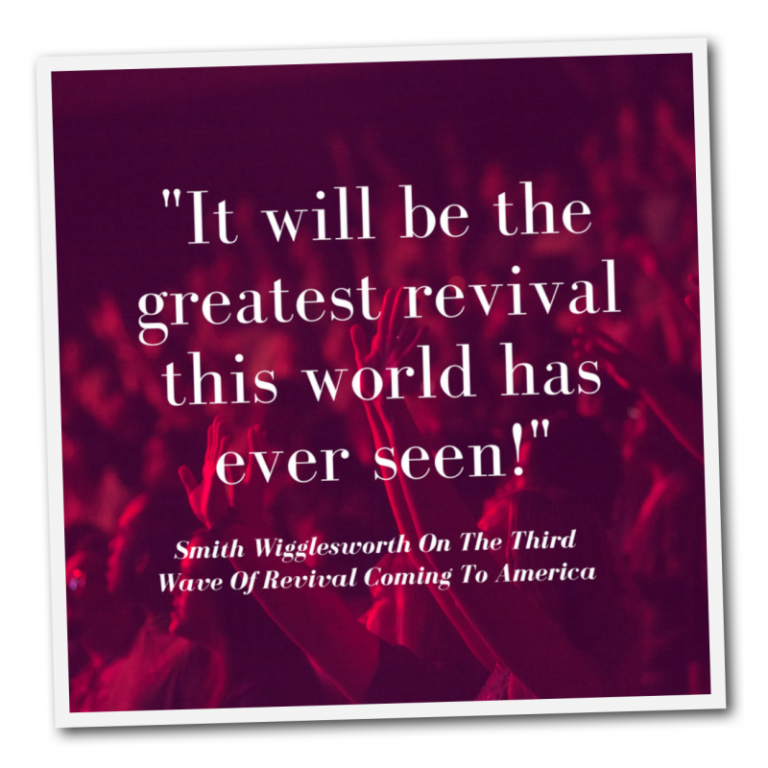 Prophecy from Smith Wigglesworth to Dr. Sumrall on their last meeting together:

Apostle Wigglesworth continued to prophesy, “I see another one. I see people of all different denominations being filled with the Holy Ghost.” That was the Charismatic Revival. God raised up people during that era.

Then Apostle Wigglesworth said, “I see another move of God. I see auditoriums full of people, coming with notebooks. There will be a wave of teaching on faith and healing.” We did experience that wave he saw, and we call it the Word of Faith movement.

Apostle Wigglesworth then prophesied, “After that, after the third wave,” he started sobbing. “I see the last day revival that’s going to usher in the precious fruit of the earth. It will be the greatest revival this world has ever seen! It’s going to be a wave of the gifts of the Spirit. The ministry gifts will be flowing on this planet earth. I see hospitals being emptied out, and they will bring the sick to the churches where they allow the Holy Ghost to move.”