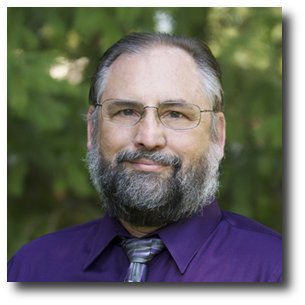 We are in the month of Elul! We are fast approaching in Greco Roman time the equivalent of the midnight hour. God is not on our timeclock we are on His schedule. According to His calendar/timeclock the new year is about to begin with the fall feasts fast approaching. Be sure and join us either live or live-streaming for all events! We have the Fair upon us as well as our annual Labor Day Picnic.

Something Else Coming In September:

COULD THE 70TH WEEK OF DANIEL BEGIN THIS SEPTEMBER 15TH ?

While many experts are declaring financial catastrophe this coming September-October time frame, I talked about it years ago and stated it in the book “Blood Moons Decoding the Imminent Heavenly signs” particularly on pages 165-168.

But my focus for this newsletter is the next biblical 7 year cycle that begins this September 14th. According to Biblical history, the 7 year cycle of plenty followed by a 7 year cycle of famine in Josephs day began on Rosh Hashanah or known as the Feast of Trumpets.

We find in: Genesis 41:1 And it came to pass at the end of two full years, that Pharaoh dreamed: and, behold, he stood by the river.

The timing of God is also always based in the shemittah cycle. So this was not just any seven-year cycle. It not only begins on Rosh Hashanah but begins the first year of the new seven-year cycle.

If we have a financial catastrophe this fall it could signal along with a forced peace agreement that we have entered into one of the most significant biblical 7 year cycles of human history.

A forced peace agreement by the United Nations imposing a Palestinian State on September 15th the 2nd day of Rosh Hashanah, would be a huge red flag. A quote from this article: http://endoftheamericandream.com/archives/something-else-coming-in-september-a-un-resolution-establishing-a-palestinian-state

“Right now, France is working on a proposed resolution which would give formal UN Security Council recognition to the Palestinians, would declare that a divided Jerusalem is the capital of both Israel and a Palestinian state, and would set the 1967 borders as the baseline for future negotiations which would establish the final borders between the two nations.  It is being reported that France will submit this resolution for a vote after the 70th session of the UN General Assembly begins on the 15th of September.  At this moment, 136 nations have already recognized a Palestinian state, but the United States has always blocked recognition by the UN Security Council.  This time may be different though, because there are quite a few indications that Barack Obama actually plans to back the French resolution in September.  If that happens, and the UN Security Council approves this resolution, it is going to have enormous implications for all of us.”

This whole article is incredible, a must read. If the UN pushes this peace agreement recognizing a Palestinian State on Rosh Hashanah in particular, then Woe to those nations who have signed on as it declares in the book of Joel:

Joel 3:2 I will also gather all nations, and will bring them down into the valley of Jehoshaphat, and will plead with them there for my people and for my heritage Israel, whom they have scattered among the nations, and parted my land.

We need to be watchmen who are aware of the signs of the times. This has the potential to be one of the most auspicious signs yet. We are about to enter into a new seven-year cycle. As I wrote in my best selling book “Blood Moons – Decoding the Imminent Heavenly Signs” we need to be on God’s calendar if we are to have an understanding of the times we are living in.

Many of you are familiar with these verses in Revelations:

Revelations 12:6 And the woman fled into the wilderness, where she hath a place prepared of God, that they should feed her there a thousand two hundred and threescore days. And there was war in heaven: Michael and his angels fought against the dragon; and the dragon fought and his angels, And prevailed not; neither was their place found any more in heaven. And the great dragon was cast out, that old serpent, called the Devil, and Satan, which deceiveth the whole world: he was cast out into the earth, and his angels were cast out with him.

Revelations 12:14 And to the woman were given two wings of a great eagle, that she might fly into the wilderness, into her place, where she is nourished for a time, and times, and half a time, from the face of the serpent.

Revelation 10:7-10 But in the days of the voice of the seventh angel, when he shall begin to sound, the mystery of God should be finished, as he hath declared to his servants the prophets. And the voice which I heard from heaven spake unto me again, and said, Go and take the little book which is open in the hand of the angel which standeth upon the sea and upon the earth. And I went unto the angel, and said unto him, Give me the little book. And he said unto me, Take it, and eat it up; and it shall make thy belly bitter, but it shall be in thy mouth sweet as honey. And I took the little book out of the angel’s hand, and ate it up; and it was in my mouth sweet as honey: and as soon as I had eaten it, my belly was bitter. And he said unto me, Thou must prophesy again before many peoples, and nations, and tongues, and kings.

Now we come to Daniel:

Daniel 9:27 And he shall confirm the covenant with many for one week: and in the midst of the week he shall cause the sacrifice and the oblation to cease, and for the overspreading of abominations he shall make it desolate, even until the consummation, and that determined shall be poured upon the desolate.

I believe this is a 7 year time frame.

But now let’s look at our critical chapter from Daniel 12 so we keep everything in context and compare it with what we read in Revelations!

Daniel 12:1,2 And at that time shall Michael stand up, the great prince which standeth for the children of thy people: and there shall be a time of trouble, such as never was since there was a nation even to that same time: and at that time thy people shall be delivered, every one that shall be found written in the book. And many of them that sleep in the dust of the earth shall awake, some to everlasting life, and some to shame and everlasting contempt.

Let’s look at what Hebrew word he is using for time:

The Hebrew word for “time” all four times is עת. Now let’s look at verse 4:

What Hebrew word is used for time/times these times?

But now let’s go back to verse 7 and look at the Hebrew:

We do read in Revelation concerning one of the churches it says:

Revelation 2:10 Fear none of those things which thou shalt suffer: behold, the devil shall cast some of you into prison, that ye may be tried; and ye shall have tribulation ten days: be thou faithful unto death, and I will give thee a crown of life.

Let’s also look at the beginning of Revelation 12

Revelation 12:1,2 And there appeared a great wonder in heaven; a woman clothed with the sun, and the moon under her feet, and upon her head a crown of twelve stars: And she being with child cried, travailing in birth, and pained to be delivered.

This takes us right back to the feast days or the moeds as to why God created them in Genesis 1!

Genesis 1:14 And God said, Let there be lights in the firmament of the heaven to divide the day from the night; and let them be for signs, and for seasons, and for days, and years.

This is referring to God’s calendar!

Now we come to the next verses:

Daniel 12:9-13 And he said, Go thy way, Daniel: for the words are closed up and sealed till the time of the end. Many shall be purified, and made white, and tried; but the wicked shall do wickedly: and none of the wicked shall understand; but the wise shall understand. And from the time that the daily sacrifice shall be taken away, and the abomination that maketh desolate set up, there shall be a thousand two hundred and ninety days. Blessed is he that waiteth, and cometh to the thousand three hundred and five and thirty days. But go thou thy way till the end be: for thou shalt rest, and stand in thy lot at the end of the days.

But the time, times and a ½ in Daniel may have more than one meaning. It is definitely referring to God’s calendar and the feast days. There are two other levels of possible meanings:

#1 It could be referring to the last 3 ½ weeks from Rosh Hashanah to ½ way through the feast of Sukkot of the final year when it will hit critical mass.

#2 It is definitely referring to the importance of the body Messiah in realizing everything is connected to the feast days!

DVDs of the Prophecy Summit are now available! Visit the Webstore to buy the set.