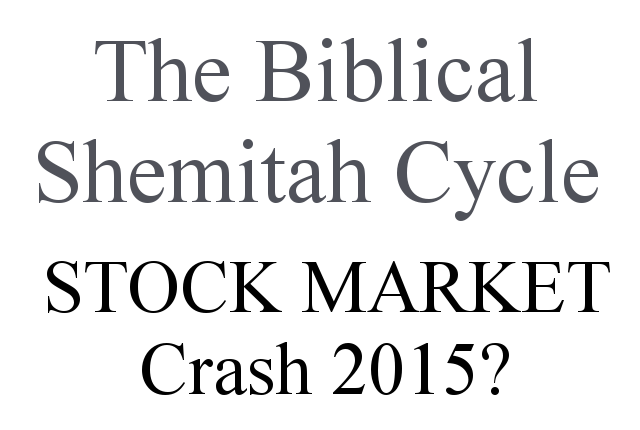 The assessment of a Florida mathematician who has studied the biblical Shemitah cycle as it applies to the financial markets, is making his own conclusions…and they just so happen to agree with the Shemitah cycles:

Thomas Pound is an educator and mathematician who applies his statistical wizardry to the markets.

Armed with 144 years of market data going back to 1871, Pound set out to test the validity of this theory. As Pound explained to Breaking Israel News, “Being a statistician, if somebody makes a claim, then statistically, it should hold up.”

Using the Analysis of Variance significance (ANOVA) test, Pound discovered there was some basis for the financial adviser’s strategy of avoiding investing in years that ended in seven.

Pound’s research revealed that the sabbatical years were the only group of years in which the market cycle averages consistent significant losses since 1871.
Pound also noted the irony that, according to the decennial theory, 2015 should be one of the better years for investing in the stock market. But not so, according to the Shemitah theory. As Pound told Breaking Israel News, “In September, we can expect something really bad.”