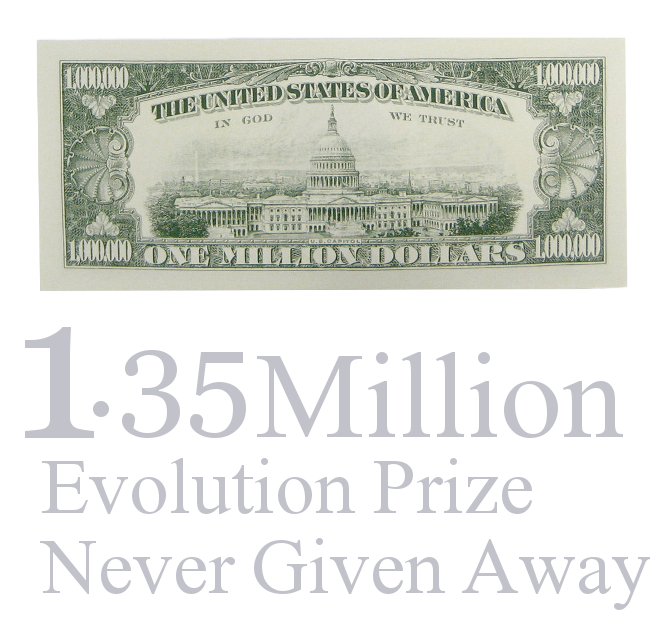 In October 2013, The Origin of Life Prize offer was put on hold. Why? Over the 13 years since the 1.35 million dollar prize was announced in NATURE and SCIENCE, no submission has ever made it past the screening judges to higher-level judges. Sadly, no submission has ever addressed to any of the questions below, for which the Prize offer was instituted.
Here were the original questions:

“Just include the following in your answer”:

Theorists struggle to generate a model or theory that addresses any of the most important questions of life origin, such as the ones they pose below…..

How did prebiotic nature set all of the many configurable switch-settings to integrate so many interdependent circuits?

How did inanimate nature sequence nucleotides to spell instructions to the ribosomes on how to sequence amino acids into correctly folding proteins?

How did nature then code these instructions into Hamming block codes to reduce noise pollution in the Shannon channel?

What programmed the error-detection and error-correcting software that keeps life from quickly deteriorating into non-life?

In short, which of the four known forces of physics organized and prescribed life into existence? Was it gravity? Was it the strong or weak nuclear force? Was it the electromagnetic force? How could any combination of these natural forces or force fields program decision nodes to prescribe future utility?

Why and how would a prebiotic environment value, desire or seek to generate utility?

Can chance and/or necessity program or prescribe sophisticated biofunction?

Life is utterly dependent upon the steering of reaction sequences into biochemical pathways and cycles.

Life pursues the goal of staying alive. All known life is cybernetic, meaning controlled. Life’s most prominent attribute is programming and tight regulation at every turn. Yet programming, prescription, control and regulation are all formalisms, not mere physicodynamic interactions. The programming of life is what makes life unique [1-3]

Prescription and programming arise only out of Decision Theory, not Stochastic Theory.

How did prebiotic nature program the first decision nodes? Only Choice-Contingent Causation and Control (CCCC) could possibly program a genome and epigenome.
The Origin-of-Life Foundation, Inc.®. (http://www.us.net/life/)