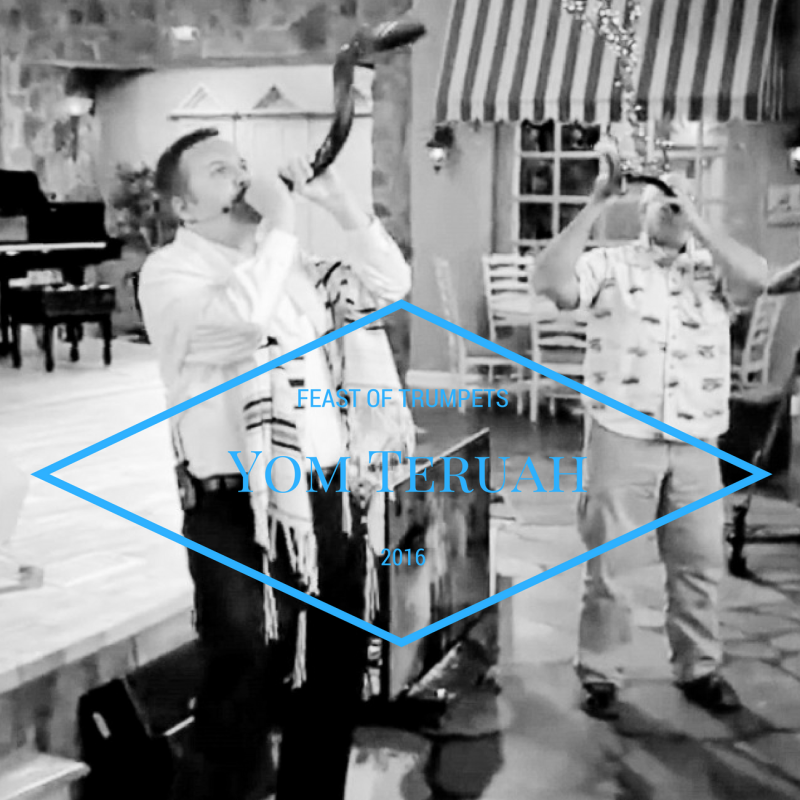 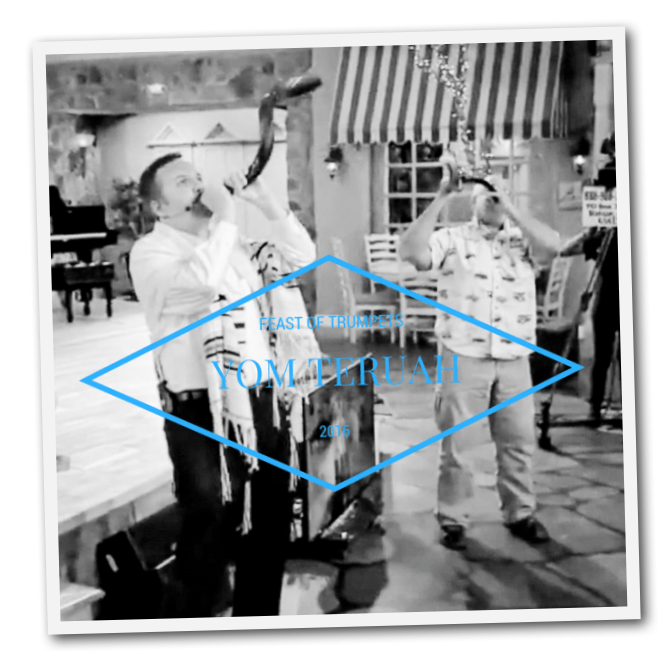 Both Michaels Blow the Shofar At Morningside

Michael Snyder talks at Jim Bakker’s Morningside about the awesome significance of the festival Feast of Trumpets.

If you always wanted to know about the feasts and festivals in the bible…you cannot miss this talk by Michael Snyder. He brings in dozens of scriptures of how these prophetic events play out in the future. You are going to find this Feast of Trumpets service very inspiring! (October 2, 2016 at Morningside Jim Bakker )

Thousands of Jews praying at the Western Wall. The prayer is called “Forgiveness” and spoken before Rosh HaShana.

1. What the Rabbis Know About the Messiah By Rachmiel Frydland

Rachmiel Frydland was a Talmudic scholar who was versed in no fewer than ten languages, and who studied in the Yeshivot in Poland. He was a Holocaust survivor who recognized Jesus as the Messiah and went on to teach, and write and present the claims of Jesus from a Jewish perspective.

This revised third edition builds upon the theme of a study in genealogy and prophecy. It cites biblical, rabbinic and medieval Jewish sources that shows the evidence that Yeshua Jesus is the Jewish Messiah. The book and work book is ideal for group Bible studies and for introducing Messiah to Jewish friends.

Proverbs 30:3-6 – Who hath ascended up into heaven, or descended? who hath gathered the wind in his fists? who hath bound the waters in a garment? who hath established all the ends of the earth? what is his name, and what is his son’s name, if thou canst tell? Every word of God is pure: he is a shield unto them that put their trust in him. Add thou not unto his words, lest he reprove thee, and thou be found a liar.

What the Rabbis Know About the Messiah By Rachmiel Frydland- Amazon

What the Rabbis Know About the Messiah Work Book- Amazon

10 testimonies of Jewish doctors who came to know Yeshua Jesus as their Messiah.

By Helen J. Bacon ” This is a powerful set of stories from various Jewish doctors who each were faced with the question of how to reconcile what to do with Jesus. Was he a complete fraud or was he the Messiah, Yeshua? Each person came to this decision point in their life for different reasons and in different ways. Each was a highly educated person in the medical profession, who approached the question very logically and philosophically. Each had to debate within and with others whether believing Jesus was the Messiah would somehow make them not Jewish. Each had to face the ways their life would change forever with family and friends if they would choose to believe Jesus was who the New Testament says he was. And each had to decide if their life would be better with Jesus in it. I strongly recommend this book! I couldn’t put it down. It was one exciting story after another. It is highly mixed with great insight into Jewish life and tradition as well”

3.Stories of Jews for Jesus

Stories of Jews for Jesus Amazon

Nineteen Jews from various walks of life share the inspiring stories of their singular walk with Jesus. n aerospace engineer, a Supreme court lawyer, a Holocaust survivor, a wife and mother. The list goes on. Chapters include: Disowned for Jesus; An Elite British Student meets his Match; Pillar of the Jewish Community; A Lawyer Looks at the Evidence; She More than Survived Bergen-Belsen.

The Feasts & Holidays of the Bible is the ultimate 6-session on the feasts and holidays of the Bible. Dr. Sam Nadler, your guide through The Feasts & Holidays of the Bible, was brought up in a traditional Jewish home, and came to believe in Jesus as Messiah. One of today’s most solid Messianic Jewish teachers, Dr. Nadler has served with Jews for Jesus, Chosen People Ministries, and is now president of Word of Messiah Ministries. This instructional set shows how Jesus is the fulfillment of the feasts and holidays. It illustrates the Jewish roots of Christianity, and explains the history and symbolism in the Old Testament.

There is a code in the TORAH, the first five books of the Old Testament. The Code is real and mathematically provable. Incredibly, the Code seems to have information about what is happening today. Names, places and events are all encoded. The TORAH is not a crystal ball but new clues seem to indicate that it was meant for our generation to discover its secrets.

Since the first introduction of computers in the 70s, a select group of rabbis and professors have been working to crack the Code. You’ll meet them and see what they’ve discovered. The Torah seems to be encoded with major world events including anything that is important to Israel. The Hamas wars – rockets and terrorist attacks. Major events. The Economy, the Twin Towers, the BP Oil disaster, Terror Attacks, 2012 – all have been encoded. Director Richard Shaw interviews the world experts on the Codes, as well as explorers like L.A. Marzulli, IDF Reserve captain and writer Dan Gordon, Col. Richard Kemp and many others that know the truth of what is happening in Israel. You’ll walk on the Gaza border, see actual Hamas missiles used to kill school children. An incredible look at an ancient mystery that seems to have been locked away until our generation. But why is it being revealed now?

6. The Rabbi Who Found Messiah

The Rabbi Who Found Messiah $17

This is the sensational story of Rabbi Yitzhak Kaduri, the 108-year-old rabbi who declared the name of the “real Messiah” and further proclaimed that Messiah would not come until a certain renowned leader of Israel was dead.

This WND Films documentary is based on the book “The Rabbi Who Found Messiah” by Carl Gallups. Renowned Messianic Rabbi Jonathan Cahn, New York Times bestselling author of “The Harbinger,” appears with Gallups. They give insight into the messianic Jewish perspective, Hebrew messianic expectations and the profound nature of Rabbi Kaduri’s amazing pronouncement. Did the elderly, revered Rabbi actually have a vision from God? Did he really see the Messiah who is soon to come? 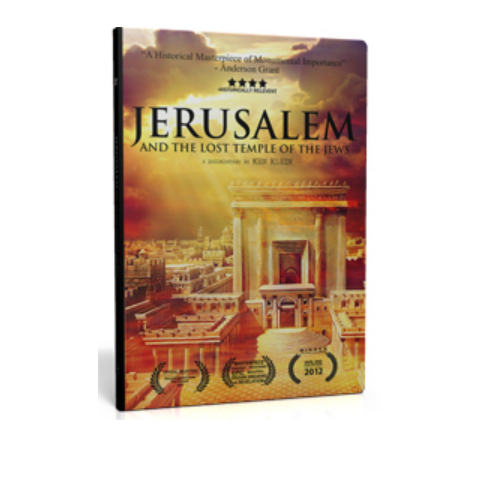 7.Jerusalem and the Lost Temple of the Jews (DVD) – WND Superstore

After 2,000 years of being disenfranchised and cast out of their land they are now miraculously back, but there still remains one more sign, one last grand sign that has yet to come into view, and until it does it is the missing piece of the puzzle. That sign is the long awaited rebuilding of the Jewish temple.

Once the temple is rebuilt the “times of the gentiles” will come to an end, yet still, after centuries, the Jews continue to pray at the “wailing wall,” believing religious tradition which places their temple where the Muslim Dome of the Rock defiantly sits. But was this really the actual site of their temple? Could the Jews possibly have been mistaken?