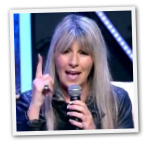 On July 18 2008,Wendy Alec, author and co-founder of the God TV television network, received a vision of an earthquake hitting California.

Dear Friends,I was awoken in the early hours of the morning to hear the words ringing out, “THE BAY THE BAY THE BAY THE BAY”. As I currently live in the UK and am not at all familiar with the West Coast, I did not know even know what “The Bay” meant other than that I knew the Lord was saying California, but once again I sensed a strong red alert for San Francisco.

It was only a day later that I discovered that the Bay area covers San Francisco. I knew the Lord was trying to get my attention.

Words of judgment are often not well received, and I have held back on this word for several weeks to weigh it intensely, but under the fear of the Lord I feel I must deliver it now so that those with a burden for the West coast can pray, so that many, many will come to repentance in this present hour and also that God’s faithful servants will know His supernatural protection in the times to come. This is what I saw.

I did not know what that meant except that I knew that it was California and I had the same dread for San Francisco that I had experienced before when I had received the ‘West Coast’ Prophecy.

And I saw a mighty shaking and trembling begin under the earth. And the Lord said, “From under the Pacific it shall come, in fire and in water it shall come.”

It was hardly noticeable at first but it was as though the whole city froze as one and then the shaking and the terror and then the fire came. I saw a horrifying inferno, a literal inferno.

I saw ravaged land and ravaged cities. But one city received the full force of this terror and earthquake and this is what the warning was crying out “THE BAY, THE BAY.”

And I saw the heavens were black, blacker than black and there was no light – all light was extinguished.

And the smoke continued to rise and thousands upon thousands of this city were killed at the first strike, but I saw a second strike.

In the second strike I saw water devastating parts of the west coast, to the north, beware the north, the northern California coastline.

I still saw plumes of smoke rising from charred buildings. There was not just one city affected. It was more than one on the northern California coast. People were bleeding and dying.

The emergency services were hindered greatly from reaching the Bay in good time. They were prepared but no one could prepare for this and the suffering was intense.

I heard many cursing God, even in their suffering instead of crying out for mercy they were cursing God. But I also heard those crying out in desperation for His mercy and the Angel of the Lord spoke the Word of the Lord.

And I heard him say, “And these ones I shall by no means cast out.”

And the moon turned a strange color of crimson. And the haze hung over the bay for many days and nights. And the city was silent. Thousands of people were left crushed, drowned.

I felt this was further up the coast than Los Angeles, more to the north, though Los Angeles was shaken it was not as devastating as The BAY the Lord was talking about.

And then I saw Los Angeles and it seemed a different scenario. And I knew that the Lord held in great esteem and looked down with a great and enduring compassion on His servants, His prophets, His intercessors, and His servants who had stood in the gap for Los Angeles.

And I saw many intercessors that had stood in the gap day and night for Los Angeles and California and I wondered if these faithful servants of God were the reason that in the former vision I only saw a partial devastation of Los Angeles. Great swathes of Los Angeles were protected. But San Francisco and along the northern coast seemed to receive the full brunt of the ferocious shaking.

There was a great scale in the sky and I saw one side of the scale weighed right down with sin and iniquity.

I still remember being shocked because I heard many in San Francisco still cursing God, and I knew that was a reflection of how sin and rebellion against the most high God had blackened the hearts of men in this city. I was led back to San Francisco and the great devastation ahead in the future.

And I saw a sign in the sky that read, “The Golden Gate, Altar of Harlots and Idolaters.”

And I saw the words, “Baal and Idolatry, Lasciviousness, Lust, Sodom and Gomorra.”

And then I saw a rainbow, the most glorious sight. It rose from the stretches of northern California and over the devastated city of San Francisco, and then over to Southern California, and it blazed with every color as bright as the sun and out of the radiance I saw a Golden Gate. It seemed so huge and so glorious it looked like the gates of heaven. And I heard the Lord say, “And now I shall establish in this place My Golden Gate, a gate of repentance, a gate of revival, a gate of cleansing, a gate of holiness.”

And I saw that the Lord Himself had placed them under the angel’s mantle and that these faithful pastors, apostles, intercessors, and prophets had been divinely protected by the Lord’s own hand from this harm and I saw the Father’s hand pick them up and set them on high with heaven’s Golden Gate as His chosen gatekeepers for the new move of His spirit that would sweep through the Northern parts and coastline of California.

And I heard the Lord say “REDDING, REDDING”. And I saw a vast thick elixir like a golden river flowing from REDDING to San Francisco, San Jose, and on to Los Angeles, and these forks in the river were all connected.

Painted by Ludek Pesek in 1977, www.billymeieruforesearch.com