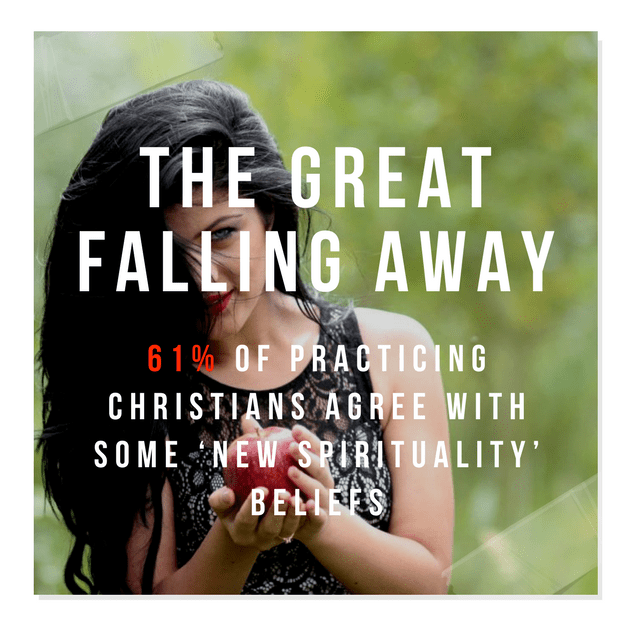 In a web-based survey conducted in March of 1,456 practicing Christians, researchers asked the sample if they agreed with several statements that are rooted in so-called “new spirituality.” Sixty-one percent of them affirmed at least one of the questions.

Nearly 30 percent agreed that “all people pray to the same god or spirit, no matter what name they use for that spiritual being.” About that same percentage of people said they believe that “meaning and purpose come from becoming one with all that is.”

The influence of this spirituality has also seeped into the thinking of Christians on matters of ethics, with approximately one third believing in a form of karma.
Read more at christianpost.com

FALLING AWAY: Record Numbers Abandon Sweden Church Because ‘They Do Not Believe in God’

What Does It Mean To Be “Helenized?”

Conversations With God Book Review From A Christian Point Of View