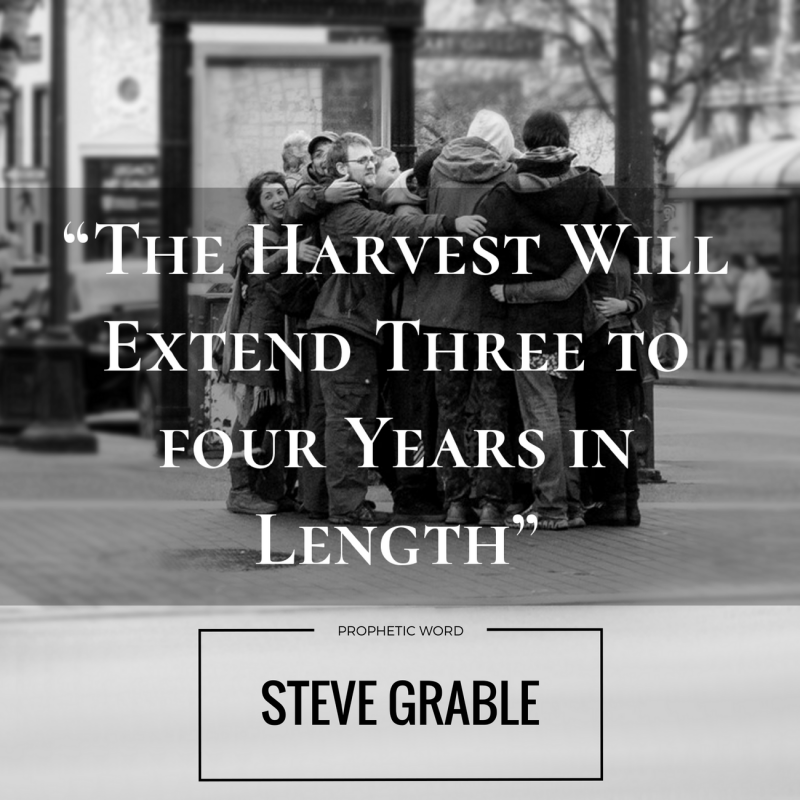 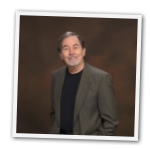 “The Harvest Will Extend Three to four Years in Length”
October 3, 2016

While we watch as judgement and destruction approaches from every direction, both America and the nations stand oblivious as to why or how such a thing could happen. Although news of dread is about to fall, there is wonderful news on the horizon. There is about to begin one last great Harvest that will sweep multitudes into the Kingdom and will turn the world right side up! And the Glory of the Lord shall be seen upon you His Saints!

Yes, there have been many great revivals throughout history and yet this Harvest will have nothing in common with any of the prior moves of God. There is simply no precedence for what is coming! This powerful sovereign work of the Spirit will have no companions by which it may be measured. This event will stand alone for all eternity even eclipsing the works of the Book of Acts.

We know the Lord is long-suffering and patient and kind hearted towards man however those things that are written must take place. They can not be prayed away or escaped, each word will find its fulfillment. Unfortunately true Believers will be required to endure much and will be victorious. And this is the reason we have seen such intensity of recent battles. We have been in a proving ground, a time of training, a time of learning the skills of weaponry and how to use the authority entrusted to us.

Many times, the Spirit will prompt me with a question regarding a certain topic thus spurring on my interest. And I must admit when I begin to investigate, He enlightens my path of study. He will then bring certain thoughts and connecting Scriptural passages to a place of consideration. He is such a thoughtful and loving companion, why do even some believers push away the gentle and loving nature of the Holy Spirit.

Though I am writing about this today, it has been in my spirit for years. Finally it has simply become a personal doctrinal belief and am certain that this will both encourage and bless you.

This final Sovereign work of the Spirit will be a quick work, it will not tarry! It is my firm belief that this last days final “Great Harvest” will last in length three years to four years.

We are about to see it begin! It will unfortunately come on the very heels of death and destruction here in America. This will begin before this year is finished. However it is during the most difficult of times men begin to look beyond the superficial and truly begin to question their lives and their motives. Only during hardship and loss will the heart be open to the things of God.

There are “patterns” throughout the Scriptures that give us glimpses of concepts, timing, even having a little understanding of His thoughts and ways.

Have found “Five patterns or types of Ministry as lasting or enduring three years or four.

Please keep in mind that ministry may come in the form of hardship appearing as judgment as is in the first case pattern.

The ultimate purpose of Ministry is Redemption.

The length of Ministry is around Three Years…or four!

1. Ahab, Jezebel and Elijah the prophet

And Elijah the Tishbite, who was of the inhabitants of Gilead, said unto Ahab, As the Lord God of Israel liveth, before whom I stand, there shall not be dew nor rain these years,
but according to my word. 1 Kings 17:1

And it came to pass after many days, that the word of the Lord came to Elijah in the third year, saying, Go, shew thyself unto Ahab; and I will send rain upon the earth. 1 Kings 18:1

This type of “ministry” was to bring a condition of conviction and repentance to both Ahab and Jezebel and was a final act of attempted redemption. While it may not initially appear as a ministry, that is exactly what was occurring.

And, behold, thy cousin Elisabeth, she hath also conceived a son in her old age: and this is the sixth month with her, who was called barren. Luke 1:36

Elisabeth is already 6-months pregnant when Mary received the news that she too was pregnant with the Lord Jesus. John was 6-months older than Jesus.

The passage about Tiberius’s “fifteenth year” allows us to date the beginning of John’s ministry as being around 29 AD. Since that is the only period these men were all in power.

John had baptized Jesus when Jesus was 30 years of age and had been ministering for 1-2 years prior and was famous around all of Israel calling for repentance. Later while John sat in jail when he sent word to Jesus asking Him if He was the One. John was later executed by Herod.

John’s ministry beginning is accurate at 29 AD and we know Jesus was alive and celebrated at least 3 passovers. So we can deduct that John’s entire ministry was about 3 years.

Jesus was about 30-years of age when He began His ministry.

(22) And the Holy Ghost descended in a bodily shape like a dove upon him, and a voice came from heaven, which said, Thou art my beloved Son; in thee I am well pleased.
(23) And Jesus himself began to be about thirty years of age, the son of Joseph, which was the son of Heli, Luke 3:22-23

Note: The traditional age of 33 years is based on the fact that Jesus was born before the death of Herod the Great in 4 BC. Note, (this one fact, I am not certain but have read it repeatedly)

He began his public ministry at age 30. Due to the length of ministry described in the Scriptural passages including the number of Passovers, three years are added to give an age at death of 33.
Therefore the length of Jesus ministry was about three years.

And I heard the number of them which were sealed: and there were sealed an hundred and forty and four thousand of all the tribes of the children of Israel. Rev 7:

And I looked, and, lo, a Lamb stood on the mount Sion, and with him an hundred forty and four thousand, having his Father’s name written in their foreheads. Rev 14:1

There is no evidence in the Scriptures that there is any witnessing or ministry of any kind on the earth after the desolation of abomination in the newly built temple.

Once the Great Tribulation or 3 & 1/2 years into the Tribulation period begin, both the ministry of the 144,000 will have ceased as well as the 2 Witnesses.

(3) And I will give power unto my two witnesses, and they shall prophesy a thousand two hundred and threescore days, clothed in sackcloth.

The two witnesses also began their ministry at the beginning of the 7-year Tribulation period and continued until their deaths, resurrection and ascension into Heaven which occurred at the midway point of the Tribulation period.

1,260 days divided by 30 days equals…
The Two Witnesses have a three and one half year ministry.
We see a consistent history of ministries lasting about three to four years in length.

Above are five examples or patterns of ministry of Elijah, John the Baptist, Jesus, the 144,000 and the two Witnesses. Seeing as the length of time these ministries were worked, it would seem that the last day Harvest would also match those patterns of the past.

Believe that when all chaos begins and the Harvest begins along with it, we have three, possibly four years to bring in His Harvest.

Dear Saints, we have a choice! We can either chose to focus on every hard and difficult diversion or on the eternal things. Our end time view has to be adjusted to fit and accommodate the plans and purposes of God. We cannot continue to focus on the natural.

Saints, once you walk into eternity, only certain things from this life will survive and follow you that you may be rewarded. Many of our most prized and precious works will simply burn up for they were were never in His plan for us.

Dear Ones, begin to shift your focus from politics and chaos and chase after those things that will endure and has eternal value.