This is one of the best interviews I have seen on the Father’s love for his sons and daughters.

Listen how Leif explains his encounters with God the Father.  Through those experiences, Leif learns how much the Father loves him (and every person for that matter).  This love doesn’t depend on how much we do for God, or how we perform, but it is a love that is unconditional.  He loves us despite our drawbacks.

One touching encounter, Leif is shown a vision where he is shooting a basket in a basketball game, and all eyes were on him.  He is nervous.  He looks up into the crowd, and God the Father stands up and cheers him on saying…{That’s my boy…that’s my son}  He said at that moment it didn’t matter if he made the basket or if he missed, he knew the Father was proud of him.

He had experiences that showed the love of the Father towards unsaved Muslims.  It seems to be, now more than ever, God is gathering up Muslims from around the world with His LOVE.  He loves them so much, they are coming to know him by the millions.

This video is for anyone to watch who needs to know God’s love for them.  He loves us all, no matter how much we fall short.  He loves people who do not know Him. Listen to the interview with Leif Hetland, which captures how we are to Love first and foremost, as God loves us…… 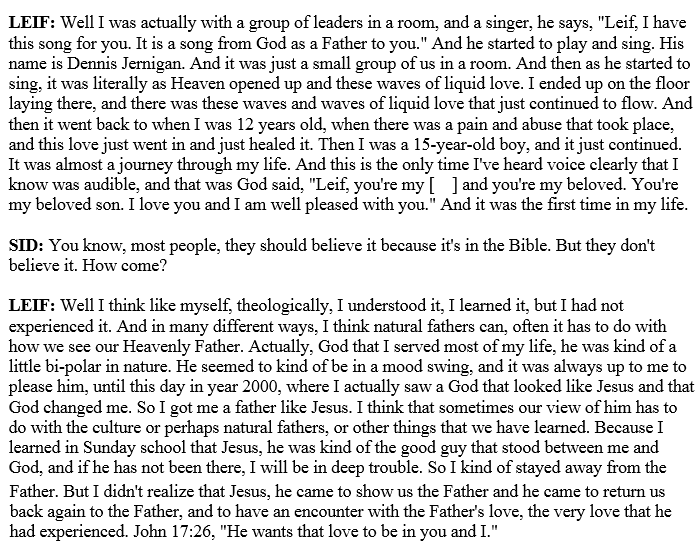 Lief talking about the Fathers Love…… 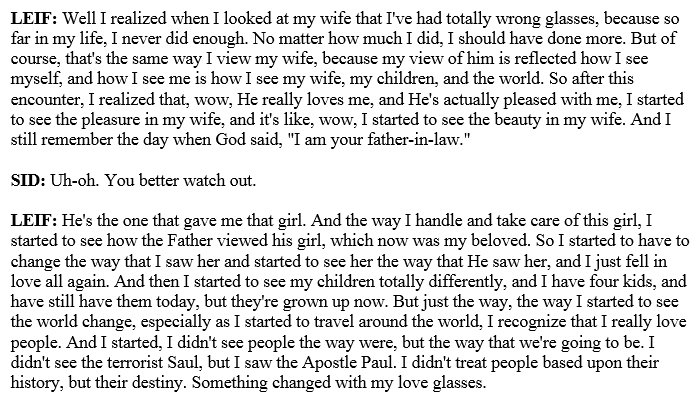 Lief talks about how men are to view women…with love 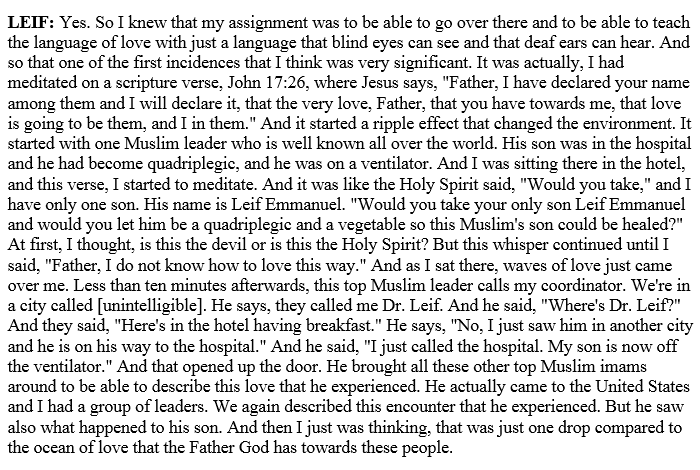 On how much the Father loves Muslims 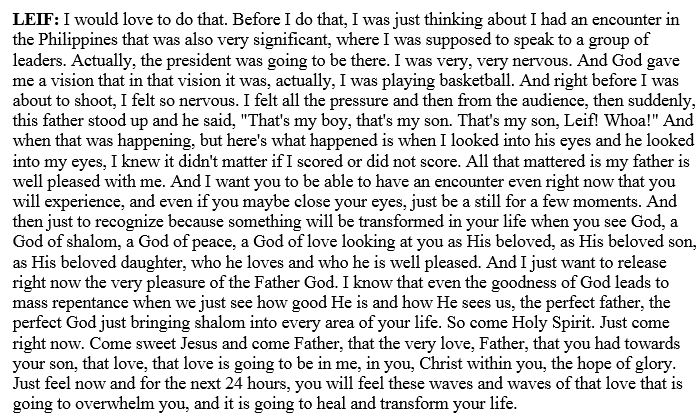 Our Fathers love has no strings attached.