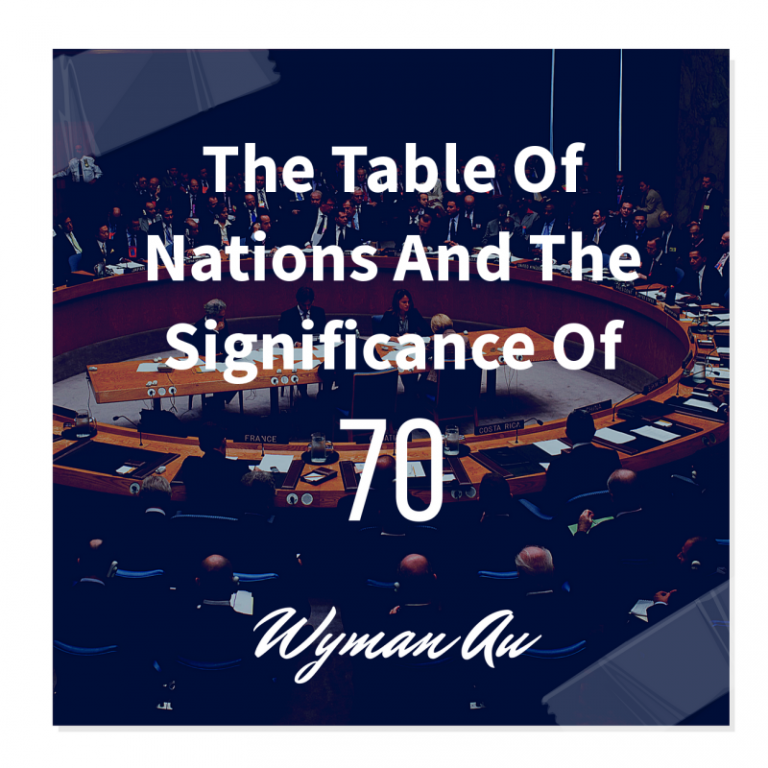 This was sent to me by a pastor friend in the Philippines today:

After 70 years the Jews in Babylon returned to Israel. And 70 scholars translated the Hebrew Bible to Greek. This Bible Translation is called Septuagint or Seventy. This was the first Bible translation. And in 70 AD the Temple in Jerusalem was destroyed by the Romans.

And on January 15, 2017, 70 years after UN General Assembly voted for the creation of Israel, 70 nations will gather in Paris where great revolutions in Europe commenced to make two States – State of Israel and Palestinian State. They will enforce the 1967 division of the Promised Land.

Is this a coincidence?

I believe it has a prophetic message signaling that Jews and Christians’ redemption draws nigh. These 70 nations dividing the Land of God given to Israel will make Him angry on these nations. When God is angry who is able to stand?

Zechariah12:9 states ‘And it shall come to pass in that day, that I will seek to destroy all the nations that come against Jerusalem’.

We are living in the coming last week of Daniel’s prophetic 70 weeks. Da9:24 states ‘70 weeks are determined upon thy people and upon thy holy city, to finish the transgression, and to make an end of sins, and to make reconciliation for iniquity, and to bring in everlasting righteousness, and to seal up the vision and prophecy, and to anoint the most Holy’.

The world is Pushing For the End! 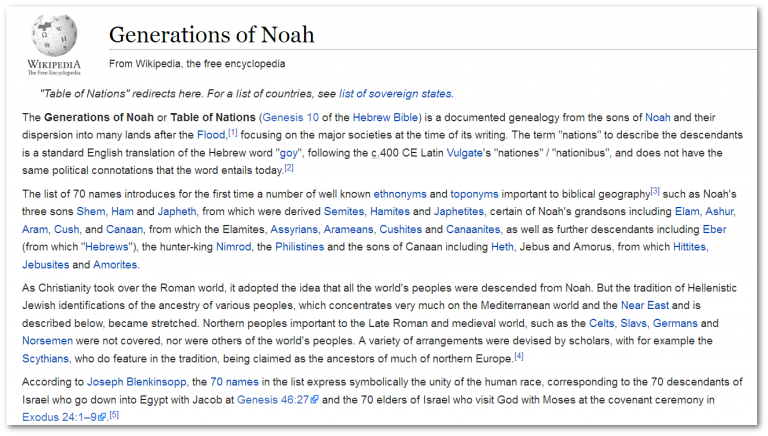 Ever heard of The Table of Nations? As a Christian for 45 years, this is the first time I learned that this is a legit reference to the 70 Grandsons of Noah as listed in Genesis Chapter 10. I Googled it & this is what Wikipedia had to say  https://en.wikipedia.org/wiki/Generations_of_Noah

The Table of Nations represents all the progenies of Noah till today, basically everyone in the world. 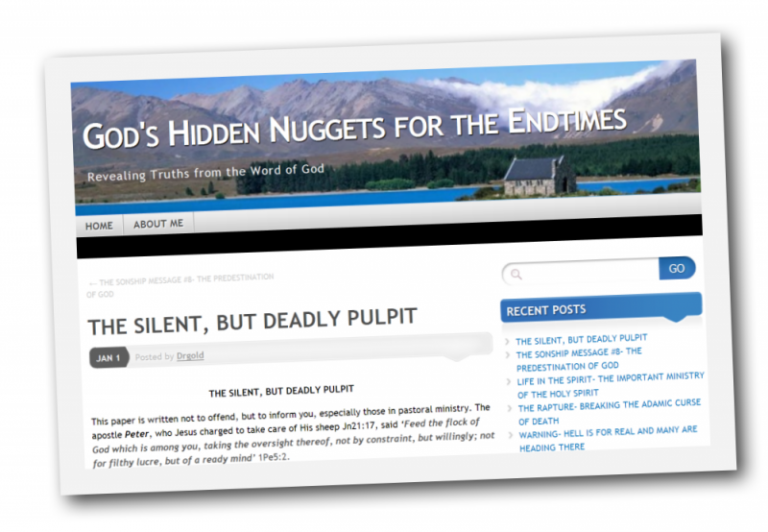 Pushing Toward the End, is my latest post https://drgoldsite.wordpress.com/2017/01/01/the-silent-but-deadly-pulpit/

From The Article Above:

70 is a prophetic number. Daniel the prophet spoke of 70 sevens that must be fulfilled in order for redemption to come. Jeremiah the prophet spoke of 70 years of judgment in which Israel would be enslaved to Babylon. The enslavement, by the way, occurred because Israel did not keep the statutes of the Jubilee. The noble class would not let the serfs go free. Therefore the nobles were enslaved to their worst enemy, Babylon. God Like Productions