Michael Snyder For End Of The American Dream Blog

One week ago, a game called Pokemon Go was launched, and over the last seven days it has become an international phenomenon.  It is the first mass market video game to successfully blend the real world and the digital world together in a way that the public truly embraces, and it is making headlines all over the planet.  At this point it has almost as many daily active users as Twitter does, and Nintendo’s stock price is going crazy as a result.  On Monday it shot up 25 percent, and on Tuesday it surged another 13 percent.  In other words, Nintendo is now worth billions of dollars more than it used to be.  But is there a dark side to Pokemon Go?  Is it potentially evil, dangerous or demonic?

Many people would dismiss such questions as complete nonsense.  Unlike most video games, Pokemon Go actually requires people to leave their homes, get some exercise and visit real places.  This type of game is being called “augmented reality”, and it is bringing people together in new and interesting ways.  In fact, the Washington Post is reporting that a lot of people are actually ending up in church as they hunt Pokemon creatures.

But not everything is unicorns and lollipops with this new game.  Over the past week, we have seen people commit robberies at Pokemon Go locations, and there are very serious data security concerns.  The following comes from Ricky Scaparo…

New reports are now coming in of the practical dangers of this game such as a recent report out of Baltimore where Multiple people were robbed playing the “Pokemon Go” game last week, according to the Baltimore County Police Department. And then there is personal security concerns that have surfaced as a new report indicated that players that have logged into the game using their Google account may have given the app permission to go through all of their Google data, including emails and website history.

But much more alarming to many is the content of the game itself.  As Mena Lee Grebin has pointed out, “Pokemon” actually comes from two Japanese words that mean “Pocket Monster”…

Even the Washington Post admits that there are creatures such as “a flaming demon” in Pokemon Go.  As players progress through the game, they collect these monsters and demons, train them, and have them fight against Pokemon owned by others.  Here is more from Ricky Scaparo…

The Pokemon are supposed to be “monsters” that have special powers and share the world with humans. The idea of the game is to have the children learn how to collect as many Pokemon as possible, train them, and use them against other people’s Pokemon by invoking the various abilities of each Pokemon creature. Pokemon can evolve and pass through various levels, 100 being the highest. Colored energy cards are sometimes used to aid the Pokemon.

Everything that we do, whether it is a “game” or not, trains us or conditions us in various ways.  Often seeing something in a movie or coming across something in a video game can spark an interest or open a door into something deeper.  For instance, occult organizations admit that one of their best recruiting tools is Harry Potter.  After reading the books or watching the movies, many have found themselves curious about the occult world.

Realizing that, just consider some of the things that go on in the world of Pokemon.  The following comes from the Christian Apologetics and Research Ministry…

Is Pokemon dangerous?  Potentially, yes it is.  It conditions the child who plays the game into accepting occult and evolutionary principles.  Haunter can hypnotize, eat a person’s dreams, and drain their energy.  Abra reads minds.  Kadabra emits negative energy that harms others.  Gastly induces sleep. Gengar laughs at peoples’ fright.  Nidoran uses poison.  The Psychic type of Pokemon are among the strongest in the game.  Charmander, Haunter, Ivysaur, Kadabra, and many more evolve.  The children are taught to use these creatures to do their will by invoking colored energy cards, fights, and commands. Much of it is reminiscent of occult and eastern mysticism.

But it goes even farther than that.  According to occult expert Bill Schnoebelen, Pokemon players engage in all sorts of activities that would be considered deeply occult if they were done in real life…

Like many video games, Pokémon is riddled with occult concepts. Concepts like “magical stones”, teleportation, ghosts, all-seeing eye, psychic power and using spirits to achieve results in the real world are all givens in this game realm. All of this is contrary to scripture. The Pokémon games and comics, etc. teach what I have called a magic worldview that is completely opposed to the Bible.

The Magic Worldview is the idea, common to all occult belief systems, that there is not really any sovereign Deity over creation. Instead, creation is ruled by a series of occult laws. In a sense, the universe is like a cosmic vending machine. As long as you put in the right coin (ritual or spell) you automatically achieve the desired result.

Particularly disturbing is the concept that children are being trained to “capture” demon-like creatures, train and control them, and use them against others.  Many believe this very closely mirrors what many high-level occultists attempt to do with real demons.  Here is more from Bill Schnoebelen…

The magician works from within a specially prepared magic circle which supposedly protects him from the demon as long as he stays inside it. He uses special magickal weapons like a wand, staff or sword to threaten the demon and make it do his or her bidding. Once the ritual is successful, supposedly the demon belongs to the magician to do his or her bidding -as long as the stipulations of their contract are kept by sorcerer. Often the demon will grant the magician occult powers or give him or her special talismans to control others. This is a large part of high magick.

Now, there is barely a dime’s worth of difference between this and what goes on in the “ make-believe” Pokémon universe!

As the Pokemon Go craze continues to sweep the nation, it is inevitable that this game will be hotly debated in Christian circles.

And just like with the Harry Potter books and movies, many will become extremely upset at the suggestion that there might actually be something wrong with Pokemon Go.

But we all have a responsibility to evaluate what we are feeding into our minds, and this is especially true if you are a parent of young children.

In the end, everyone will do what they think is best for themselves, but as for me and my house we will definitely be staying far away from Pokemon Go.

” I mean, some could say that the game supports Satanism”

In a rare interview with Pokémon creator Satoshi Tajiri, he admits that the games were created as a backlash against his Christian parents. He also says that the games are tailored towards an anti-Christian sentiment or Satanism.

The interview, conducted by Time about the continued success of the Pokémon series, took a sharp left turn when Tajiri was asked about the inspiration for the games. The following is an excerpt from the interview:

Time: What inspired you to start making the Pokémon games?

Tajiri: Well, my parents were Christians. I grew up being taught the ways of that religion. When I got older, I started to realize that the things they said were foolish and I guess I rebelled a little.

Time: How did you rebel?

Tajiri: I started to argue against their teachings. They tried to punish me in various ways to try to get me under control, but it didn’t work. This is when I was inspired by nature and started the basis for the Pokémon games.

Time: Could you explain how your parent’s religion is connected with the games?

Tajiri: Well, when I got old enough, I wanted to do something that would show the world that my parents were wrong. Something I saw in nature was the concept of evolution which my parents vehemently denied existed. This sparked the idea for a game that would go against everything my parents believed in.

Time: This game being Pokémon, correct?

Tajiri: Yes. Pokémon is essentially the correct answer towards life, not Christianity. Everything presented in the game is the opposite of what Christians may believe. Some have said that the game promotes voodoo or magic, and I agree in the sense that there are many things that occur in nature that are unexplainable. Furthermore, the violence in the games is unparalleled. It may not show up in the actual graphics, but the brutality is made especially explicit in the Pokédex entries. Nature, again, played a big role.

Time: So those who say that the game is anti-Christian are correct?

Tajiri: I suppose so. I mean, some could say that the game supports Satanism. I don’t officially celebrate it, but I can understand why people would be attracted to it.

Pokémon Go would have pretty much access to an entire phone, meaning tons of personal data and tracking capabilities.

Granted, Pokémon Go has a perfectly legitimate reason to want access to things like your location and camera, but with those allowances, Pokémon Go (or rather, its parent company Niantic) not only knows where millions of people are at any given point, they could also very well figure out who they’re with, what’s going on around them, and where they’re likely headed next. 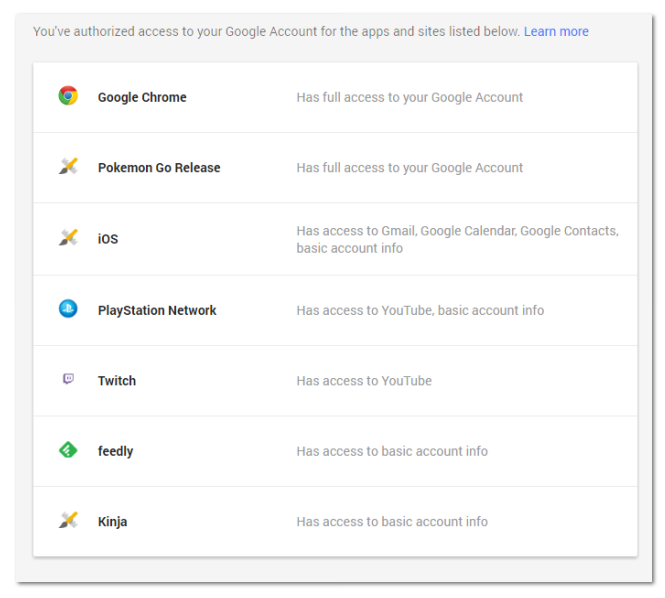 “Watch out: if you’re using your Google Account to sign into Pokémon Go on iOS, you may have allowed the developers at Niantic to have access to your e-mail, documents, and anything else attached to that account.

Unlike other applications that link to Google, which typically ask for your basic account info, Pokémon Go gets full access to your entire account (h/t all the Kotaku readers who tipped us about this).

The app gives no warning and does not request this access—it just takes,”

The Pokémon article is very interesting. It just happens to be interesting in a funny way I guess, just the other day I learned a new word as I was doing a word study on the word bewitched, Strong’s #940. Paul used this word in Galatians 3v1. This word bewitched is derived from the word fuscinate.

Your article shows how this game has captivated the minds of so many people and fuscinate is exactly what defines this phenomena.

Fuscinate can be good or it can be evil, In Paul’s rebuke, he was addressing a perverted gospel. I recommend a study of this word, it can really get you thinking, very interesting concept. I have finally gotten around to finishing my book on refuting the pre trib, its a whopping 13 pages. More like a booklet or a tract. Be blessed…………..Pat the painter[/dropshadowbox]