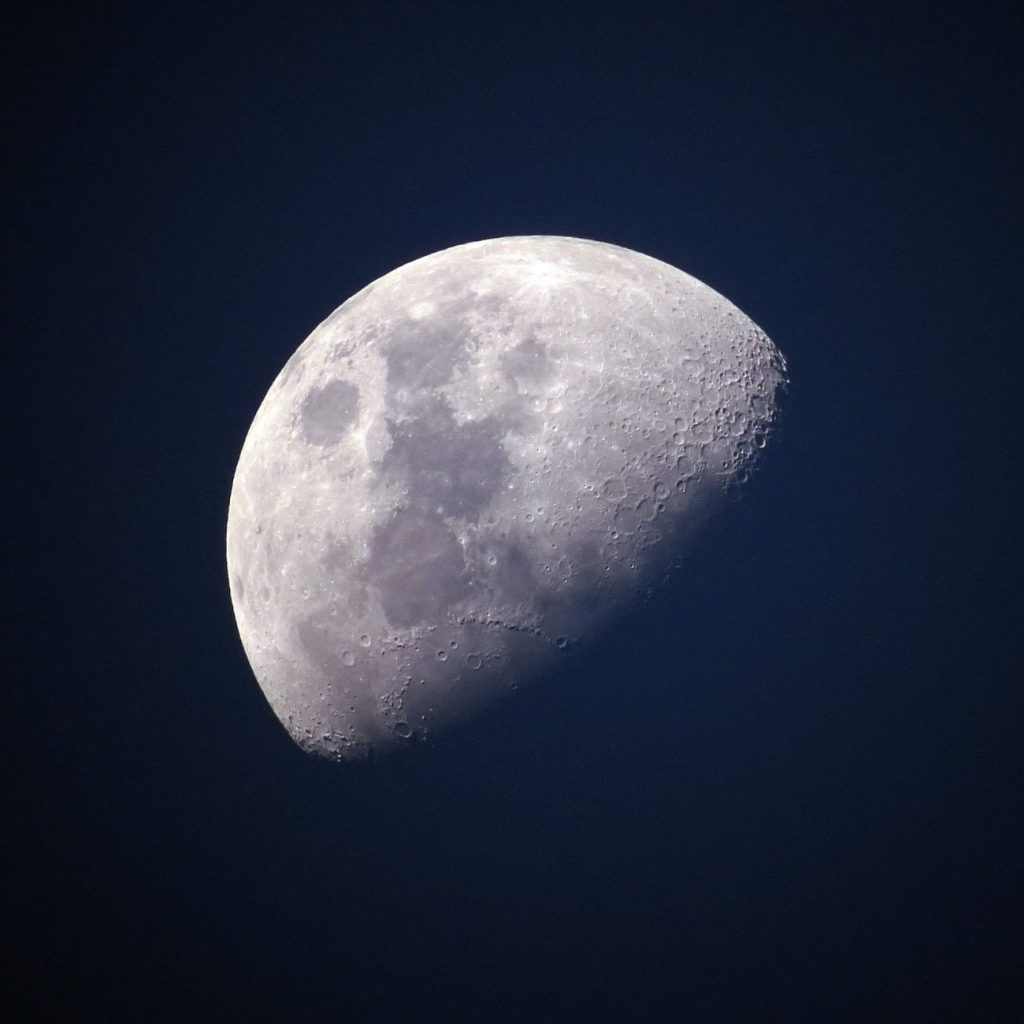 In the morning of 7th September 2013, I had a very mighty communication of The LORD through a prophetic supernatural dream (Vision of the night).

And in this communication of The LORD, it was in a morning set-up. And I found myself looking up at the sky. And when I looked up at the sky, I saw 4 moons including the usual moon. I kept looking at the 4 moons for quiet sometime because it was a very shocking sight to behold.

And as I continued to look at the moons, I proclaimed to the people in this particular place under the inspiration of The Holy Spirit: “Look, these are the signs and the wonders that The LORD God Almighty talks about in the Bible to be coming in the Last days.” I went further to proclaim to them: “We are used to seeing one moon in the sky, but now see, the wonder in the sky: 4 moons.”

The moons were all white just as it normally is in the morning and at daytime; even though they were of slightly different sizes. And so The LORD made me spot the usual moon and then He made me see the other 3 strange moons.

Later on, I moved to another place and I once more looked at another side of the sky, and I saw another body in the sky (Probably the Sun). And as I looked at this body, I saw what looked like a back and forth outgoing and ingoing of what looked like a magnetic effect (Rays) i.e. the curving-in and the curving-out of the solar magnetic effects (Rays). And as I looked at this, I heard a very powerful voice, the voice of The LORD proclaim: “THERMONUCLEAR!!!”.

I then woke up from the dream of The LORD.

The first message that was imparted in my heart from the communication of The LORD is that signs and wonders are going to continue to be displayed in the sky as a testimony to the times that mankind finds himself/herself on the earth at this particular point in time: The End-Times. And that more than one moon are very soon going to appear in the sky: 4 moons.

The second message that was imparted in my heart from the communication of The LORD is that: A thermonuclear event is very soon going to occur in the sky from the sun and thus affecting the earth.

This means that explosion(s) of very high temperatures from the sun in the form of sun rays, flares, magnetic forces etc are very very soon going to invade the earth and cause untold distress, suffering and turmoil.

But The LORD will protect (according to Psalm 91) those who have repented in His name and are living in Righteousness, Holiness, Truth and Complete Surrender to The LORD Jesus Christ.

Joel 2:30-32 “I will show wonders in the heavens and on the earth, blood and fire and billows of smoke. The sun will be turned to darkness and the moon to blood before the coming of the great and dreadful day of the Lord. And everyone who calls  on the name of the Lord will be saved; for on Mount Zion and in Jerusalem  there will be deliverance, as the Lord has said, even among the survivors  whom the Lord calls.”

Revelation 6: 12-17 “I watched as he opened the sixth seal. There was a great earthquake. The sun turned black like sackcloth made of goat hair, the whole moon turned blood red, and the stars in the sky fell to earth, as figs drop from a fig tree when shaken by a strong wind. The heavens receded like a scroll being rolled up, and every mountain and island was removed from its place. Then the kings of the earth, the princes, the generals, the rich, the mighty, and everyone else, both slave and free, hid in caves and among the rocks of the mountains. They called to the mountains and the rocks, “Fall on us and hide us from the face of him who sits on the throne and from the wrath of the Lamb! For the great day of their wrath has come, and who can withstand it?”

Luke 21:25-28 “There will be signs in the sun, moon and stars. On the earth, nations will be in anguish and perplexity at the roaring and tossing of the sea. People will faint from terror, apprehensive of what is coming on the world, for the heavenly bodies will be shaken.  At that time they will see the Son of Man coming in a cloud with power and great glory.  When these things begin to take place, stand up and lift up your heads, because your redemption is drawing near.”

Daniel 12:1-2 “At that time Michael, the great prince who protects your people, will arise. There will be a time of distress such as has not happened from the beginning of nations until then. But at that time your people—everyone whose name is found written in the book—will be delivered. Multitudes who sleep in the dust of the earth will awake: some to everlasting life, others to shame and everlasting contempt.”

Revelation 8:10-11 “The third angel sounded his trumpet, and a great star, blazing like a torch, fell from the sky on a third of the rivers and on the springs of water— the name of the star is Wormwood. A third of the waters turned bitter, and many people died from the waters that had become bitter.”

Psalm 91 ‘“Whoever dwells in the shelter of the Most High will rest in the shadow of the Almighty. I will say of the Lord, “He is my refuge and my fortress, my God, in whom I trust.” Surely he will save you from the fowler’s snare and from the deadly pestilence. He will cover you with his feathers, and under his wings you will find refuge; his faithfulness will be your shield and rampart. You will not fear the terror of night, nor the arrow that flies by day, nor the pestilence that stalks in the darkness, nor the plague that destroys at midday.  A thousand may fall at your side, ten thousand at your right hand, but it will not come near you. You will only observe with your eyes and see the punishment of the wicked. If you say, “The Lord is my refuge,” and you make the Most High your dwelling, no harm will overtake you, no disaster will come near your tent. For he will command his angels concerning you to guard you in all your ways; they will lift you up in their hands, so that you will not strike your foot against a stone. You will tread on the lion and the cobra; you will trample the great lion and the serpent. “Because he loves me,” says the Lord, “I will rescue him; I will protect him, for he acknowledges my name. He will call on me, and I will answer him; I will be with him in trouble, I will deliver him and honor him. With long life I will satisfy him and show him my salvation.”’

Luke 21:34-36 “Be careful, or your hearts will be weighed down with carousing, drunkenness and the anxieties of life, and that day will close on you suddenly like a trap. For it will come on all those who live on the face of the whole earth. Be always on the watch, and pray that you may be able to escape all that is about to happen, and that you may be able to stand before the Son of Man.”

PREPARE THE WAY FOR THE COMING OF THE LORD IN ABSOLUTE REPENTANCE, RIGHTEOUSNESS, HOLINESS, TRUTH AND COMPLETE SURRENDER TO THE LORD JESUS CHRIST (YAHUSHUA HA MASHIACH). TIME IS ABSOLUTELY OVER; THE MESSIAH JESUS CHRIST IS IMMINENTLY COMING TO PICK HIS BRIDE!!!

I acknowledge today that you are LORD and savior of all mankind,

I repent and turn away from all sin.

Please cover me with your precious blood,

and establish your word in my life,

that I may be found in righteousness and holiness

and write my name in your book of life

and baptize me with the power of the Holy Spirit

in the mighty name of Jesus Christ.