Skip to the content
Biblical Growth Secrets Defending Our Faith 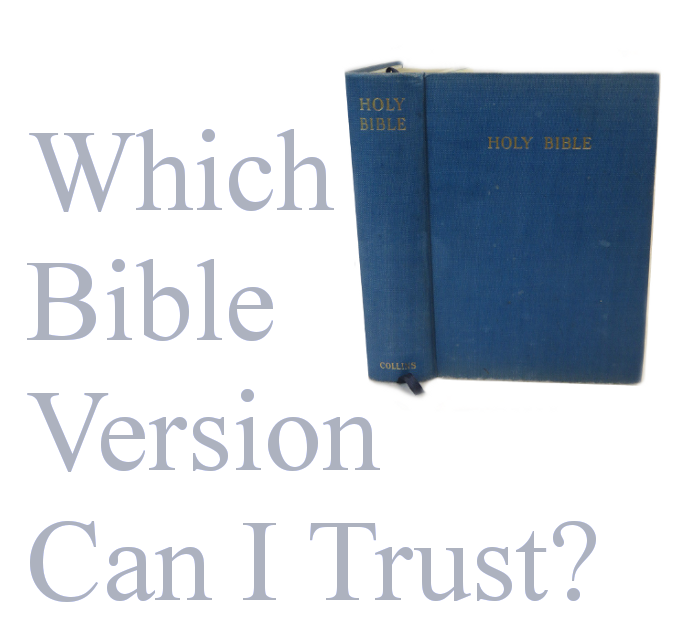 This is a question often asked by those who are investigating the bible, and a question I too had at one time.

Many believe there are dozens of different BIBLES, each that contain totally different content.  That is simply FALSE.

Have you ever been to a bible study where three or more different versions are being used?  Since the 1940’s many bible versions started hitting the market.  These include the Revised Standard Version, The English Bible, The New American Standard Bible, The New International Version, The Living Bible, The Contemporary English Version and The Message..and so many more.

The debate over which bible version is the best is still a very heated debate today.

Here are a couple quick facts before we get too deep into this article:

How Can We Know That The Translations That Have Been Handed Down Are Correct?

First, lets review what we have to work with………

Lets compare the New Testament ancient documents TO some of the other ancient surviving documents:

– Caesar wrote a history of the Gallic wars around 50 B.C.  There are only 10 good copies left, one being 900 years after Caesar died.

-There are only 7 good manuscripts of Plato’s Terralogies, with the earliest manuscript dating 1,250 years after the original.

-For the New Testament, there are over 24, 633 manuscript copies, all within 100-150 years of the originals.  This goes to show that the bible is by far the best documented book in the history of mankind with more manuscripts and earlier manuscripts than any other classic work.

First experts date the copies to determine how long it has been from the original writings to the copies in hand. Second researchers evaluate the total number of copies available. The greater number of ancient copies we have, the more accurate the record.

What I Read- Meranda’s Advice…  (Not that mine is worth much) ha ha!

I bought The Expositors Bible  written by Jimmie Swaggart several years ago, as I wanted a bible with commentary , but not one where I had to go investigate at the back of the book.  I searched and searched and couldn’t find a bible that was both King James Version, AND that included commentary. So I thought I would try this one, and loved it!

I have found this bible helpful in my day to day reading.  If you don’t think this is a good bible, then read the rest of this article, and choose a bible based off the list of bibles from the Majority manuscripts.  It is important you find a bible that will encourage you to read, and dive into the word.

For those who REALLY want to dig deep into the scriptures, invest in The Interlinear Bible, which contains The Hebrew, Greek, and English on every page.  This bible is really a study version bible.

The Interlinear Bible: Hebrew-Greek-English- Find it on Amazon

Thousands of pastors, students, and laypeople have found The Interlinear Bible to be a time-saving tool for researching the subtle nuances and layers of meaning within the original biblical languages. Featuring the complete Hebrew and Greek texts with a direct English rendering below each word, it also includes The Literal Translation of the Bible in the outside column. But what truly sets this resource apart are the Strong’s numbers printed directly above the Hebrew and Greek words. Strong’s numbers enable even those with no prior knowledge of Greek or Hebrew to easily access a wealth of language reference works keyed to Strong’s-Greek/Hebrew dictionaries, analytical lexicons, concordances, word studies, and more.The Hebrew is based on the Masoretic Text and the Greek is from the Textus Receptus. The sources of the texts are documented in the preface, and are essentially the same (with some minor variations) to the Hebrew and Greek texts used by the KJV translators.Only a small minority of Bible students ever achieve the ability to read the original biblical languages. This resource offers a non-threatening tool for those lacking language training to begin exploring the languages of Scripture.

A Quick History on Bible Versions

The Controversy Over Westcott and Hort

Certain Greek manuscripts share similarities, and therefore are grouped together.  These groups are called text family, or a text type.  Scholars generally agree on 4 text families.

Translators of the Bible used these agreeing manuscripts to group them into a majority text. Names for these texts are – Traditional Text, Syrian Text, Byzantine Text, and the Common Text.  More than five thousand (5000+) manuscripts were used to compile the text we read. These texts are also referred to as the Textus Receptus. Since 99.9% of these manuscripts agree, we can be comforted knowing that the words we read from are ACCURATE and true to the words which were originally written down.

The manuscripts that were used to produce the Textus Receptus (later the King James Version) were of the Byzantine family.  The Byzantine text was the dominant Greek text from about the 18th century until the end of the 19th century.

The bibles listed below, were based on the Textus Receptus:

Above we see that 99.9% of those 5000+ manuscripts agree with each, lets talk about the other manuscripts that comprise the other  .1%???

These are commonly called the MINORITY TEXTS.  Unlike the 5000+ documents, these five
manuscripts are radically different. They DO NOT agree with each other. Their names are as
follows:

The New International Version for example is translated from these five manuscripts above which do not agree with one another.

MINORITY TEXT Bibles Based Off Of The Faulty 5 Manuscripts

(Bibles To Stay Away From)

Westcott and Hort did what was unthinkable. They picked through the five faulty text that didn’t even agreee with one another, and came up with a new revised Greek version of the Bible. All modern day Bibles therefore not been translated from the 5000+ Majority text manuscripts, but rather from the 5 disagreeing manuscripts. Which Bible do you think is more reliable?

Additional Information About Westcott and Hort

***Thanks to this fantastic article seen on orthodoxlutheran.org, I was able to weed through all the junk on the internet promoting the newer bible versions, and get down to the basic truth of these faulty manuscripts.

Many of the scriptures in these bibles we mentioned above that work off of the faulty manuscripts have changed the language with the scriptures that talk about hell, Christ’s sacrifice for sins, and his resurrection.  These are the KEY doctrines of our Faith.  We aren’t just talking about a grammatical error here, but a complete change of Christ and what he did on the cross.

Without having to get into too many of Westcott and Hort’s quotes, we just want to briefly touch on their personal convictions.  If you want to research Westcott and Hort, there are tons of websites out there that go into quite a bit of detail.  I think what we provide below, is more than enough to put a distaste in your mouth.

– Hort Didn’t Believe in An Eternal Hell,  The idea of a literal devil and a literal hell found no place in Hort’s educated mind, although he was a firm believer in the fictious Roman Catholic doctrine of “purgatory, as he stated in a letter  To Rev. John Ellerton that he wrote in 1854.

– Hort believed that the Roman Catholic teaching that salvation COULD be found in infant baptism.

– One Of The 5 Manuscripts Was Found In The Trash – “In 1841 an old manuscript (Codex Vaticanus) was discovered lying on a shelf in the Vatican library.  In 1844 part of another old manuscript (Codex Sinaiticus) was found in a wastebasket in St. Catherines’s monastery (the other part was found in 1859). It is generally believed that these were from the 50 that Eusebius prepared for Constantine. In 1853 these two Cambridge professors, Westcott and Hort, began to prepare a Greek Text based primarily on the Vaticanus and Sinaiticus manuscripts. They passed by the Traditional Text (Textus Receptus) which was the text upon which the King James Version is based. Instead they used the corrupted manuscripts of the Gnosticism-Origen-Eusebrus-Jerome-Augustine lineage.” (Joseph Van Beek’s tract: KJV vs NIV, pgs 5 & 6)

– Westcot and Hort did not testify that the Bible was verbally inspired by the Holy Spirit.

– Westcot and Hort denied the Genesis account of creation.

– Hort Undermined Christ’s Salvation – “The popular doctrine of substitution is an immoral and material counterfeit. Certainly nothing could be more unscriptural than the modern limiting of Christ’s bearing our sins and sufferings to his death; but indeed that is only one aspect of an almost universal heresy.” Hort did not believe in the complete blood atonement of Christ for the forgiveness of sins, calling such doctrine “heresy”.

– Westcott Endorsed The Worship Of Mary – Westcott found a statue of Mary and a crucified Christ in a remote chapel and wrote, “Had I been alone, I could have knelt there for hours.”

– Hort Didn’t Think The Bible Was Inspired  “Evangelicals seem to me perverted. . . There are, I fear, still more serious differences between us on the subject of authority, especially the authority of the Bible.” Riplinger, pg 621

– The New Age Thinking Of Westcott and Hort – They were spiritualists, and sought out contact with the spiritual world, such as talking with the dead, which is forbidden in the Torah.  Riplinger also makes note that this lines up with what is taught in the New Age movement.  It is also mentioned in this book that Westcott and Hort started the “Ghostly Guild” in 1851 and before that the “Hermes Club” in 1845. Riplinger links the spiritualist teachings of Westcott and Hort to the occult teachings of Madame Helena P. Blavatsky, whom wrote the Lucifer magazine. Westcott, Hort, and Blavatsky are all forerunners of the modem day New Age movement.

–NIV chips away at vital doctrines about Jesus -Chick

-155 verses where the NIV dishonors the Lord. -Chick

– Buy it for your library on Amazon

– VIEW IT ON You tube  HERE

In the 19th century, a revolution in biblical scholarship was prompted by the publication of a never-before-seen manuscript called Codex Sinaiticus. The work was discovered by a German scholar named Constantine von Tischendorf, who declared it to be the oldest Bible ever found. Yet shortly after his discovery was published, a renowned Greek paleographer named Constantine Simonides came forward and declared that the manuscript was no ancient text at all, but had been created by him in 1840. The controversy surrounding these events is, perhaps, the most incredible untold chapter in Bible history. It involves the Jesuits, the Pope, a high-minded German, a collection of Anglo-Catholics, and a mysterious Greek patriot. It is a story that (while quite true and well documented) a vast majority of modern academics know nothing about. Yet the subject matter dramatically impacts the world’s understanding of biblical scholarship to this day, and the footnotes in your Bible are the proof of it. 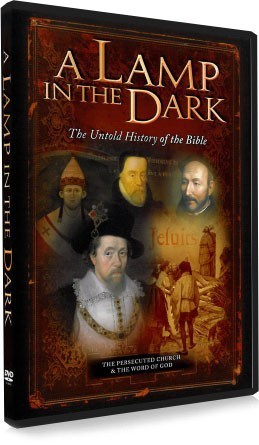 A Lamp in the Dark: The Untold History of the Bible

-Buy it for your library on Amazon

A Lamp in the Dark is an exciting documentary that shows the intriguing history of the Bible. Enter into a world of saints and martyrs battling against spies, assassins, and wolves in sheep’s clothing. Through the Middle Ages, the popes and Inquisition forbade biblical translation, threatening imprisonment and death to those who disobeyed. Learn the lives of men like John Wycliffe, Martin Luther, William Tyndale, Myles Coverdale and others, who hazarded their lives to communicate the Bible in languages people could understand. With the Fall of Constantinople, ancient Greek manuscripts came into Europe, and with them, the clear streams of understanding that would bring about the Protestant Reformation. But what is little known is that Rome launched a Counter Reformation with the intent of destroying all the works of the Reformers.

Chuck Missler – How We Got Our Bible

-Buy it for your library on Amazon

Chuck Missler, an internationally recognized Biblical authority, reviews the origin of both the Old and New Testaments in light of recent discoveries and controversies.