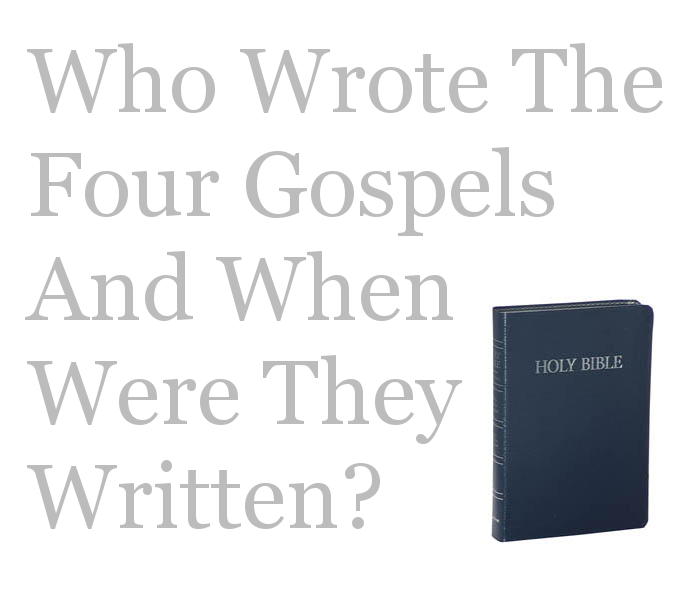 Have you ever given much thought to these two questions?

There is quite a bit of confusion out there on the internet today about the origin of the four gospels.

The four gospels are essentially “biographies” of Jesus that describe the events of His life and ministry, and yet most people (including most Christians) do not know who wrote them or when they were written.

These are very important questions. It is vitally important to know if we can rely on these documents to be accurate sources of information about the historical Jesus.

The Christians Apologetics & Research Ministry has a really good article that contains some excellent background information for anyone who is just starting to research this topic:

Who Decided What Books Were Going To Get Into The New Testament?

Who decided what books were going to make it into the New Testament?You know, most Christians have not even considered that question.Most Christians don’t even think about it.

Even though there has been a relentless assault on the Bible in movies, television, books and other media, most American Christians still stick their heads in the sand and won’t think about where the Bible originally came from.

Rather than being able to defend the Bible, we have noticed in our interactions with America’s pastors and spiritual leaders that most of them have NO IDEA where the Bible came from.

In particular, we have noticed that there is substantial confusion even among America’s Christian leaders regarding the development of the New Testament.

Even most pastors have fallen for the misconception that a bunch of people sat around a big table during some grand “council” (such as the Council of Nicaea) called by Rome and picked out which books would go into the New Testament.

Hopefully after enough people read this article this question will be settled once and for all.