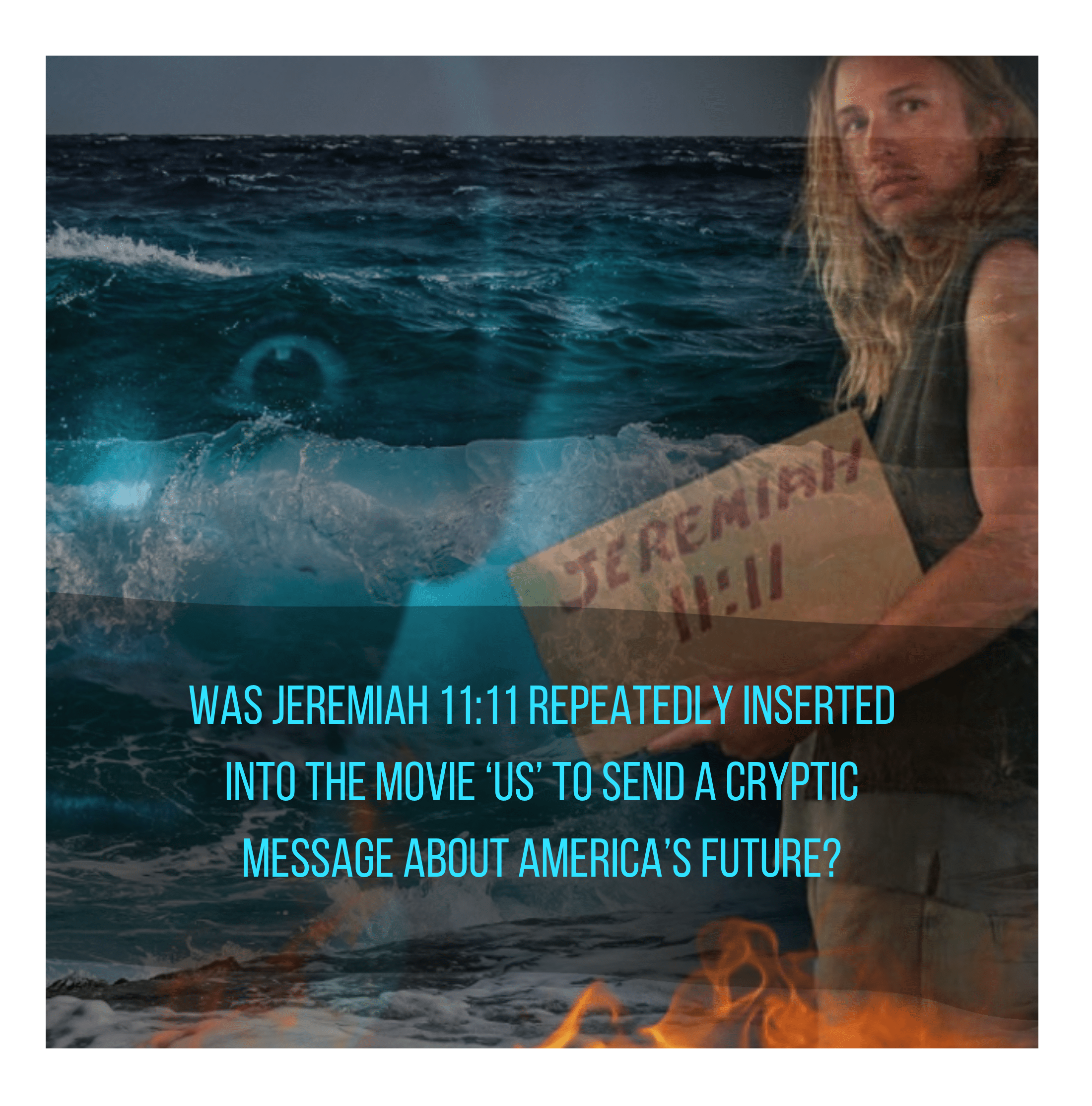 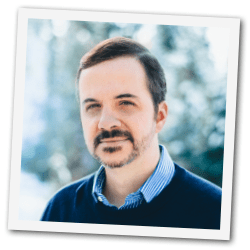 Michael Snyder
The Most Important News.com

As soon as Jordan Peele’s smash hit “Us” was released in theaters, hundreds of thousands of people started searching Google for Jeremiah 11:11. We are never told what it actually says, but it appears repeatedly throughout the film. As you will see below, there is a lot of speculation that it was inserted for more than just entertainment value. Many have noted that the entire movie appears to be some sort of a metaphor for America as a whole, and even the title “Us” could also be be interpreted as “U.S.” if you just use a little imagination. I know that this article is a departure from what I normally write about, but stick with me, because I think that you will get my point by the end.

“Us” stars Academy Award winning actress Lupita Nyong’o, and right at the opening there is a homeless man holding a cardboard sign that says “Jeremiah 11:11”. But that is not the only time it appears. Subsequently, either “Jeremiah 11:11” or “11:11” keeps popping up throughout the film…

11:11 was seen numerous times throughout the movie. We saw it first on the homeless man’s sign at the fair in Adelaide’s flashback, which reads Jeremiah 11:11, alluding to the biblical scripture. Later on, the Tethered version of the man has “1111” gouged in his forehead. Young Adelaide’s “Thriller” shirt that her dad wins for her is prize number 11:11.

As the Wilsons settle in to their vacation home, the number 11 pops up everywhere. Like when Gabe’s watching the Giants game, the score is tied 11-11, and when Adelaide is tucking Jason in at night, the clock, it’s 11:11.

Clearly an all-effort was being made to draw our attention to Jeremiah 11:11, but nowhere in the movie are we given the text of the verse. Here is what it says in the Modern English Version…

Therefore thus says the Lord, Surely, I will bring calamity upon them which they will not be able to escape. And though they cry to Me, I will not listen to them.

That is a very ominous verse, and it comes in the context of an entire chapter in which Jeremiah is warning the people of Jerusalem that judgment is coming because they have violated their covenant with God. The following comes from Screenrant.com…

Chapter 11 of the Book of Jeremiah, where the quote in Us comes from, warns of a covenant that has been broken between God and the people of Judah and Jerusalem, and the suffering that will follow as a result of this broken covenant. The chapter recalls the agreement made between God and the people of Israel during their Exodus from Egypt that they would be obedient to the word of God: “Yet they obeyed not, nor inclined their ear, but walked every one in the imagination of their evil heart.” This takes us up to Jeremiah 11:11, where God promises to bring evil upon the people as punishment for breaking their ancestors’ covenant, and warns that he will not listen to their cries.

And pop culture site Denofgeek.com has pointed out that just like the ancient people of Judah, we also have our own “false idols”, and this is a major theme in “Us”…

The people of Judah are being punished for worshipping false idols. In a modern sense, the sort of things that have become our false idols are money, celebrity, technology, media etc. We see Elisabeth Moss’ family who also have Tethered equivalents constantly worshipping these false idols, always on the phone, spending lots of money etc., relying on a digital butler named Ophelia.

Normally horror movies are not this deep.

Usually there is just a bunch of blood and gore, and most of them are definitely not worth watching.

But in this one, it appears that someone was either intentionally or unintentionally trying to send some sort of message, and once this film was released “Jeremiah 11:11” suddenly became one of the hottest search terms on Google…

But it was the film’s inclusion of a Bible verse, Jeremiah 11:11, that drove moviegoers to Google. The verse ranked No. 12 on Google Trends on Thursday, opening night, with more than 200,000 searches taking place that day alone. The film’s title ranked No. 2 the same day.

Additionally, Jeremiah 11:11 was the most-searched verse at BibleStudyTools.com for the weekend.

“Us” has only been out for two weeks, and it has already made 127 million dollars. It is already being called a classic, and millions upon millions of Americans will end up seeing it.

There is a lot of speculation about what message the creators of this film were intending to send, but one magazine writer believes that she has it all figured out. According to her, Jeremiah 11:11 is a prophecy for America…

What it means in relation to the film: Red, Adelaide’s Tethered, believes herself to be chosen by God to lead the Untethering. As the leader of the rebellion (and the Tethered with the biggest chip on her shoulder), she is responsible for the indoctrination of the doppelgängers against their counterparts up above.

The Untethering, explains Red in the creepiest way possible, is the “disaster they cannot escape,” the karma for the government’s unnatural science experiment that resulted in the existence of the Tethered as well as for the cruel mistreatment that followed their creation. In this story, Jeremiah 11:11 is a prophesy for America. The day of reckoning has finally arrived.

For years, people all over the world have been seeing 11:11 everywhere. If you have never encountered this phenomenon, just Google “11:11” and you will see what I am talking about.

There has always been a lot of debate about the nature of the 11:11 phenomenon. Some people believe that it is clearly evil, others see it as a positive thing, and of course atheists think that it is just a bunch of nonsense.

But I have never seen the 11:11 phenomenon linked with Jeremiah 11:11, and Peele was clearly trying to link the two in this film.

Could it be possible that a horror movie, whether intentionally or unintentionally, is being used to deliver a warning about the future of America?

In the end, perhaps we are making too much of a silly horror film.

But there are two things that we should all be able to agree upon. Hundreds of thousands of Americans are suddenly reading the ominous warning in Jeremiah 11:11, and a “day of reckoning” is definitely coming for America.