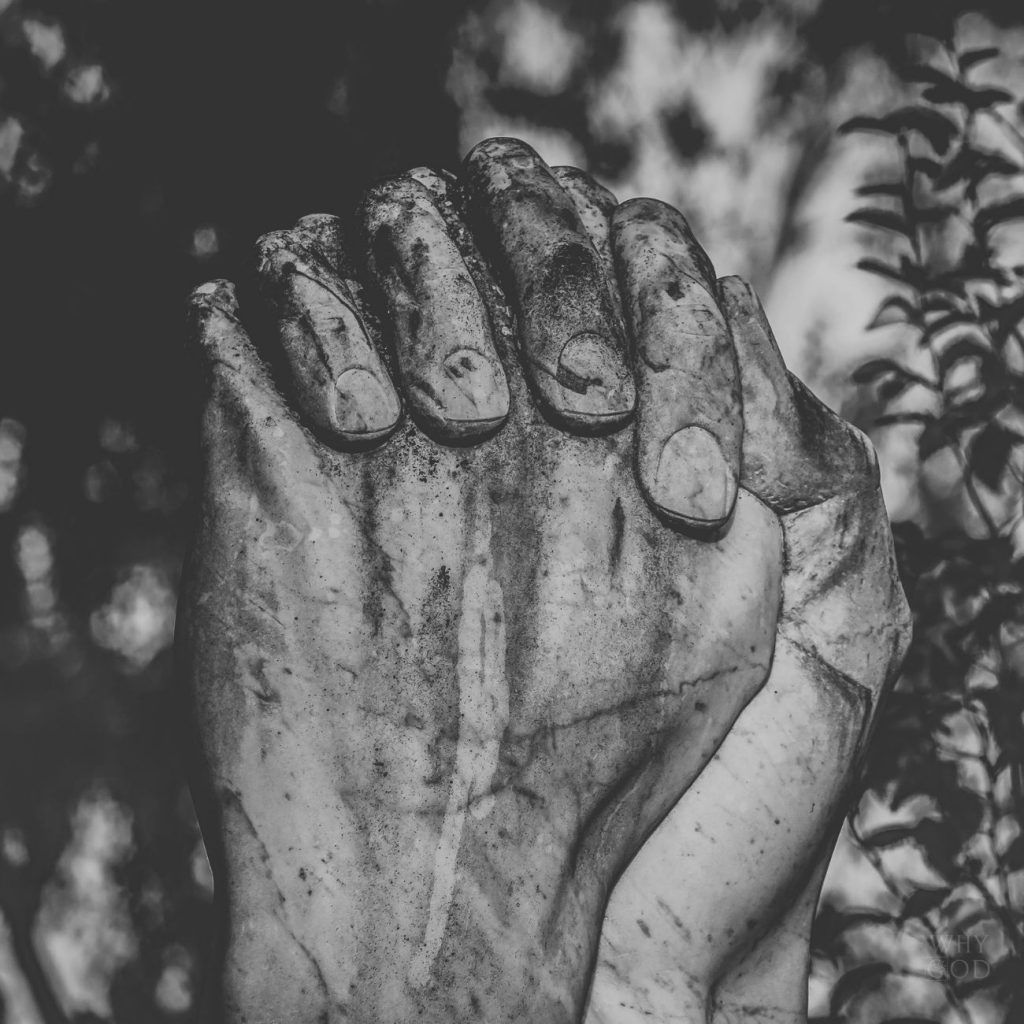 Source: 2020: Future of USA & Australia | Pedophiles Down Under

John ‘Jack’ Johnson predicted exactly what is hitting America (and Australia) right now: unemployment, food shortages, inflation, riots, plus what is coming next. He wrote on his site (United States Prophecy):

We are going into a total economic crash and a great depression the likes that have never, ever come upon the earth. This is God’s justice! For every evil thing that befalls man, 90% of the time it is self-inflicted. We did not learn our lesson from World War II and the Nazi’s Third Reich, so now the Fourth Reich is coming into power right before our eyes. The Fourth beast, which is World Communism, has now come into play. This all could have been avoided had the church stood up against sorcery, witchcraft and communism! Thanks to the Clinton administration you now have over 800 FEMA Concentration camps for the Fourth Reich to imprison you, which one will you be going to? This does not even touch the tip of the iceberg for what this nation has done.

Jack saw a vision of America being invaded by Communist China and Russia and bombed with nuclear warheads:

During the same time as the vision about the state of Florida in July of 1995, God gave me a vision of a massive army coming down on America. He said, “John, I am going to allow the enemies of the United States to judge America. When America’s enemies come, they will have no mercy on the men, women and children. I saw troop movement and they appeared to be Communist Chinese and Russian troops coming into the United States. As they came in, America was no match. I saw churches and synagogues were being leveled by heavy artillery. As the churches were being blown up, I saw Jews and Christians being herded up and shot like cattle in front of their churches and homes. I saw the troops killing children and infants with their bayonets. I saw the American people tormented beyond imagination. The troops were void of emotions. Their objective is to take the nation and take it hands down. All able-bodied working people will be forced into slave labour. Some will be taken to other countries and some left here. The soldier’s main objective was to kill all Jews and Christians. As I am seeing all this horror I asked, “Lord, what is happening?” He said, “Because of the wickedness of the United States of America I am allowing her enemies to invade her lands.”

Judgement will begin with the church social clubs thanks to the ‘goat farmers’ – the pretend pastors who put on a rock concert every week instead of preaching and teaching about intercessory prayer and spiritual warfare. These goat herders rounded up the sheep flocks to slaughter. The churches and synagogues will be wiped out because that is what Americans chose. America has chosen Nazi-Communism over Biblical Christianity. Jack had a vision of the fate of these  churches. God said:

Then the Father said “These are nothing but dead symbols, they do not impress me at all.”

The Pastor got up and read a few announcements and told how sweet everything is and how well everything is going. He spoke about the building funds and all that the church was doing…

He said “Let me explain something to you. The goat farmers never preach on gross sin or wickedness. They never preach or talk about eternal damnation. They preach prosperity gospel and never talk about going into the Garden of Gethsemane to be tested and broken…”

As I looked through the congregation they were all clapping and cheering. They were all very wealthy and were making some kind of confession of Jesus, but deep down inside they did not know Him…

The goat farmer pastor told the people/goats that God was going to bless everybody and told them to make sure they give their weekly tithe. He said to give ten percent of their weekly income and God would bless them ten fold.

What amazed me was that the goat farmers are riding around in 60 and 70 thousand dollar cars, living in $700,000 to one million dollar homes, plus all the perks and per diems that go with it….

In the days to come, Russian T-9 tanks are going to level every church in the United States and this will be God’s justice because the church of the west has become so satanically and demonically corrupt that God’s red hot anger is burning at them and they are too stupid to realize it.

After this I went outside and there I saw the sheep hanging on the gallows blocks. I approached the sheep and started talking to them and I asked “Why have you been strung up by your hind quarters?” “Why are you hanging upside down here?” One sheep said, “I tried to warn the Pastor that the Satanists infiltrated the church and have set up shop here. I was told it was a bunch of nonsense and he told me not to talk such foolishness again and to get out and don’t come back to this church speaking that type of nonsense.”

I talked to another sheep and he said, “I tried to warn the congregation to repent of their sins and humble themselves and bow down like a bent reed and repent of their idolatries and witchcraft. I was thrown out and told to shut up and that I was a heretic”.

I spoke to another sheep that is a prophet and asked “Why are you strung up here?” He said, “Because I kept telling the pastor that the full and complete day of darkness is coming upon the world. I told the pastor that he needed to call the whole congregation to repentance and to be broken and contrite before the Lord because the great day of darkness is coming upon the earth. He told me to shut up that they didn’t want any doomsday prophets in their church.”

I went down the line talking to the strung up sheep and heard the horror stories of how they were abused and kicked out and how some of the sheep asked for humanitarian aid and groceries. The shepherds, these goat farmers, said “We don’t have enough money so we can’t help you.” Yet it is amazing that they can drive around in a 60,000 dollar car and live in a million dollar home with all the perks and per diems and couldn’t take $150 to $200 out of his pocket to give to one of his congregational member’s so they could get some groceries.

God’s red hot anger is burning at these shepherd’s and the leaders of HIS flock. Little do they realize that the scripture will soon be fulfilled, for on that day God will separate the sheep from the goats. (Mat 25:32-33)

However, a remnant of genuine Christians will escape this fate. Jack added (during a 2009 interview):

But, the sons and daughters of God are going to have a peace because God has been preparing for these past ten years for the things that are going to come. And we’re gonna be like a lighthouse… and the people are gonna see the light and they’re gonna come to those who have the light, and those that are earmarked for salvation, those are the ones, the stragglers who will be coming in. But as far as the rest of the nation and what’s gonna come next year and down the line, it will be like Revelation 12:18, Babylon is fallen, fallen. It says it twice: fallen, fallen is Babylon the great. And as the nation is falling, the sons and daughters of God are gonna rise up with the light, they’re gonna take the kingdom… God’s gonna carry us through. He carried Noah through it, he carried Lot out of it.

Other Christians have seen similar visions of America being bombed by Russia and China, including David Wilkerson and Dimirtri Duduman (the Christian pastor who was tortured in Communist Romania). Like Jack Johnston, Duduman also saw a vision of a man who provided a similar message of hope for God’s elect:

“I am the protector of America. America’s sin has reached God. He will allow this destruction, for He can no longer stand such wickedness. God, however, still has people that worship Him with a clean heart as they do His work. He has prepared a heavenly army to save these people.”

As I looked, a great army, well-armed and dressed in white, appeared before me.

“Do you see that?” the man asked. “This army will go to battle to save My chosen ones. Then, the difference between the Godly and the ungodly will be evident.”

To achieve the desired effect, the subverter must first — make idiots out of normal people, and DIVIDE them, before turning the people into a homogenized mass of useful and united idiots. Tanks and missiles may or may not be needed at final stage. For the time being they are simply the means of terrorising people into inaction and submission.

500 years before Christ, the Chinese military strategist Sun Tzu formulated the principle of subversion this way:

Sound familiar? About 2500 years later we can read this very same instruction in a secret document, allegedly authored by the Communist International for their “young revolutionaries”. The document is titled “Rules of Revolution”:

This is also called psychological warfare, ideological aggression, or propaganda warfare). It takes 15 to 20 years to demoralize a nation because this is the minimum number of years needed to ‘re-educate’ a single of generation of students via Marxist ideology. There are three levels of demoralisation:

Source: 2020: Future of USA & Australia | Pedophiles Down Under