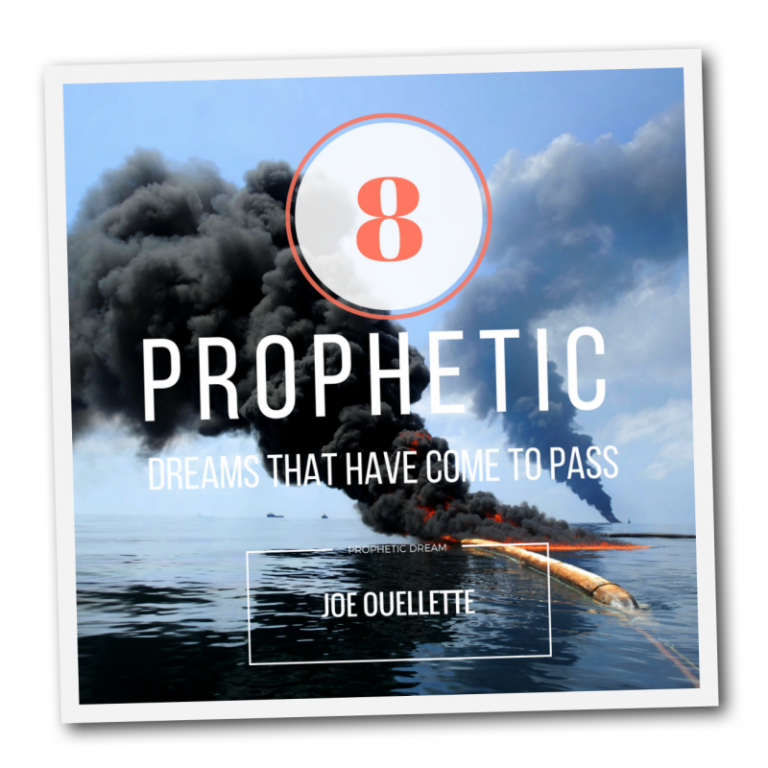 DREAMS FULFILLED FROM THE PAST -EJ Ouellette

In September 2004–I had a dream. I saw the ocean between two major countries from high up in space. I was looking down when I saw a great stirring in the water. I wasn’t sure what it was but then suddenly in the middle of the stirring I saw a calendar floating on the water and the date was December 26. I don’t often get dates in dreams but in this one it was very clear. I told a friend about it overseas and he thought I was crazy for telling everyone that something was going to take place on that date. He warned me that I would be making a fool of myself if I did and if nothing happened. Well such is the life of a prophet I said and just ignored him.

In September 2007 I had a dream that 5 angels came to me to tell me the stock market was about to collapse.

I told many people including my doubting Thomas friend and again he rebuked me, for sending it out. I had told another friend who completely lost it at a restaurant when I told him and made a huge scene calling me a fool in front of everyone for even suggesting that his beloved God the stock market would crash.

On April 23 1986 I dreamt radiation was going to fall over the world. The voice of the Lord came to and asked me to pray.

On March 20th 1989 I had a dream in which I was floating high above the earth. Down below I could see the Alaska coastline. Suddenly I was on the Alaskan beach and black tar started to roll under my bare feet. Everywhere I looked people looked down and moaned.

On June 21 1985 I dreamt I was aboard a very large commercial jet. I was up in the cockpit when I heard a loud explosion in the cargo hold underneath the plane. The pilot and I looked at each other in horror knowing we were going to die.

Dec 20th 1988 I dreamt of another plane explosion while I was aboard. I remember seeing the body of the plane was black or dark and it was a 747. The pilot again looked at me in horror.

In August 2001 I had a dream in which I saw the streets of a Major city covered in white dust and people walking out of the city covered in dust. When I awoke the Lord began to speak to me saying, “The blood of the unborn children cries out to me and I will satisfy their cries. This land and the US shall be laid waste for their murder of the unborn children. No amount of fasting or weeping will cause my arm of Judgment to stop until I have satisfied their cries. For this generation is an abomination in my sight.”

On April 15th 2010 I sent out a dream about oil spilling everywhere and it wouldn’t stop.

I could go on and on as I had these prophecies since I was very young. I once estimated that I have had over 10,000 Dreams about the future that took place in one form or another. In other words most of my dreams are literal but there are some that were symbolic that I could not identify until the dream took place. I excluded many that would be exposing the evil government behind these.

Its now 2012 and I have had countless dreams concerning the end of the USA in the near future and know beyond a shadow of doubt they will take place. They only thing that could change the outcome of course is repentance and I’ve never once seen that, only arrogant people posing as Christians defending their stupidity.