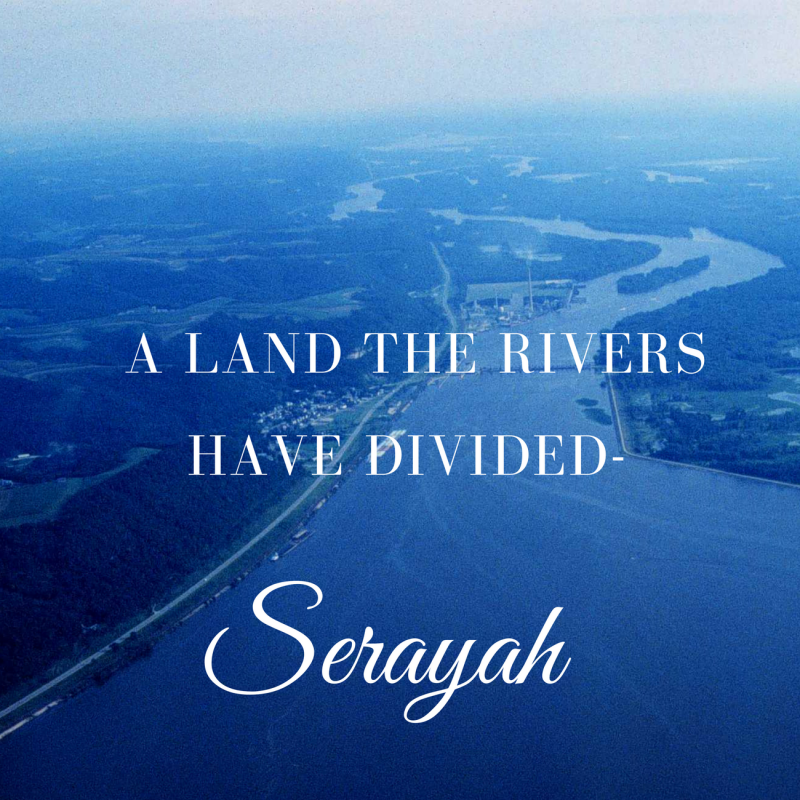 . . . showed an image (second from bottom of his article, in Conclusion section) of the Liberty Bell, displaying its famous crack, next to a drawing of the Mississippi River.  To me this ties into the sense of “division” which we’re certainly feeling here in America Babylon these days.  The people of this nation have not been this culturally and spiritually divided since just prior to The Civil War.

America is also geographically divided by rivers, and if you read the entire article linked above (which I highly recommend) you’ll note that the Mississippi River plays a prominent role, symbolically, in the tragic events of the past week here in the USA.  These events included a dreadful police shooting in Louisiana (near the River mouth) and another in Minnesota (near the River source); precisely between these two states is Missouri, the site of the sunken millstone-laden scroll.  These shootings appear to have been the catalyst for the horrific murders of five police officers in Dallas, Texas on the 7th*.

I’m displaying Isaiah 18 in its entirety below, as this chapter is only seven verses long.  The country identified in this fascinating chapter has been a source of debate for centuries, with many commentators suggesting an African or European nation, but perhaps now it is coming into focus that this refers to America.  Isaiah 18 (bold emphasis mine)-

1  Woe to the land shadowing with wings, which is beyond the rivers of Ethiopia:

2 That sendeth ambassadors by the sea, even in vessels of bulrushes upon the waters, saying, Go, ye swift messengers, to a nation scattered and peeled, to a people terrible from their beginning hitherto; a nation meted out and trodden down, whose land the rivers have spoiled!

3 All ye inhabitants of the world, and dwellers on the earth, see ye, when he lifteth up an ensign on the mountains; and when he bloweth a trumpet, hear ye.

4 For so the Lord said unto me, I will take my rest, and I will consider in my dwelling place like a clear heat upon herbs, and like a cloud of dew in the heat of harvest.

5 For afore the harvest, when the bud is perfect, and the sour grape is ripening in the flower, he shall both cut off the sprigs with pruning hooks, and take away and cut down the branches.

7 In that time shall the present be brought unto the Lord of hosts of a people scattered and peeled, and from a people terrible from their beginning hitherto; a nation meted out and trodden under foot, whose land the rivers have spoiled, to the place of the name of the Lord of hosts, the mount Zion.

How do we know this is America?  We follow the clues.  Recall my recent article on the upcoming American total solar eclipses in which I revealed a fascinating image of the eclipse paths which cross at the Mississippi River in the heart of the nation-

Now compare to this image of America’s interconnected major rivers which was taken as a screenshot from the video , which I recommend you all watch in its entirety-

It seems that Yahweh is speaking clearly here folks, for those with the spiritual ears to hear and eyes to see.  This visual comparison is absolutely stunning and should give us all pause.  The end of Isaiah 18 is also amazingly similar to what we read in Jeremiah 50 and 51 about Yahweh’s people returning to Zion as the nation falls.

Going in a somewhat different direction we can prophetically view end times USA as a spiritual type of either Manasseh or his brother Ephraim.  This map of Manasseh’s territory is quite stunning; first note the large size of the tribal territory, but also the obvious river (Jordan River) running through the middle (as per the Mississippi River in USA) and the comparison of the territory map to a USA 48 contiguous states map in “mirror image”!  I may look into this a bit deeper, but wanted to share this preliminary finding now.  A River Runs Through It, indeed.