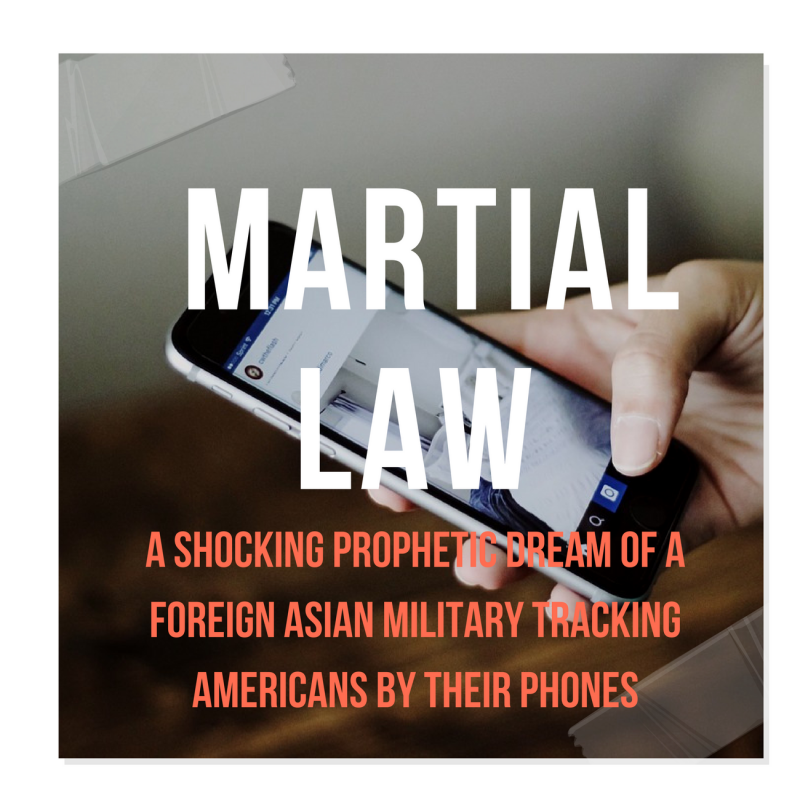 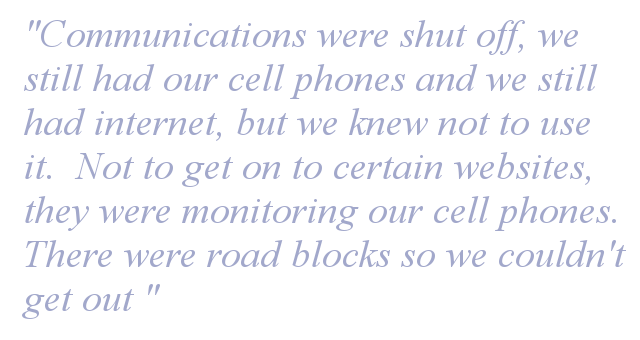 This dream comes from the God is NOT dead Youtube Channel.  She talks about riots, martial law, concentration work camps and Chinese soldiers on American soil.

At first I was looking outside my living room window.  I was peeking outside the curtain, like I didn’t want to be seen.  There was all kinds of chaos out there, the neighbors were screaming at the police, some people were throwing fast food cups, bottles and stuff at police.  I noticed that the police kept coming.  Military vehicles, humvees were parked about every block, all the way down the street.  There was probably 8 police and military vehicles just on my street.  They were going door to door. Two of them came and knocked on my front door.  For what ever reason we were …..  I was scared to answer.  I grabbed my son, and ran to the back of the house and said ‘don’t answer it, don’t answer it….’ Then I woke up.

I went to the bathroom or something, and when I went back to sleep I went right back into the same dream, except it was further along.

Communications were shut off, we still had our cell phones and we still had internet, but we knew not to use it.  Not to get on to certain websites, they were monitoring our cell phones.  There were road blocks so we couldn’t get out.  We were trying to figure out a way to load our supplies and family and get south where the rest of our family is.  We couldn’t get out at that point, we couldn’t call out.  I had my cell phone, and it seemed to go on for months.  After I finally decided to get a phone call out to my parents, just to let them know that we were alive and that we were ok, and to tell them what was going on up north.  I used the phone, and right after that the vision changed, and I was on a bus, with lots of other families, and my whole family was on the bus and we were taken to a work camp.  A concentration camp.  There were Asian armed guards on the bus, in khaki colored uniforms and they ushered us into the work camp.  I just remember fearing that they were going to take my son, they were going to split us up, and just the terror of that.  I was trying to keep him quiet, and not to be scared.  I remember working at tables putting together small electronics, and the armed guard who stood over us was a female in a tan khaki uniform.