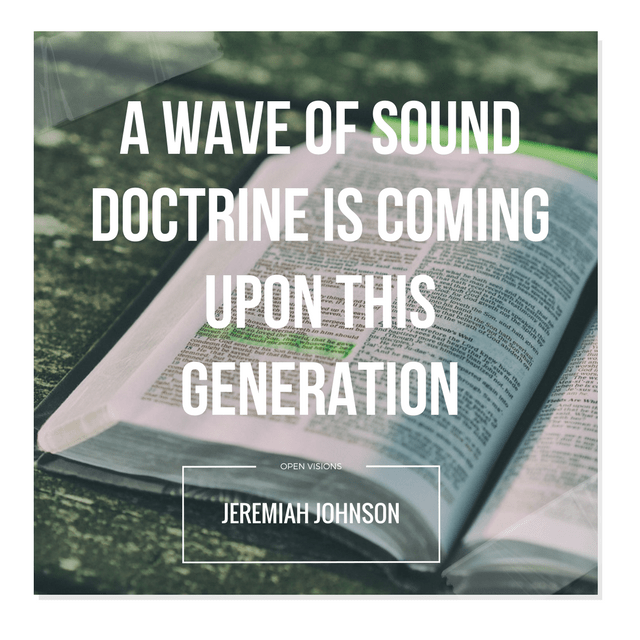 Last weekend in Orlando, FL (Jan 26-28), I had the honor of speaking at a conference called, “Onething” with Todd White, Nathan Morris, Mike Bickle and several others. God moved in a very powerful way throughout the sessions as the worship and the Word went forth. On Friday Morning as Todd White was preaching, I had a profound prophetic experience where I received an open vision and clear word from the Lord.

In the open vision, God specifically showed me the healing/signs/wonders movement since the 1970’s. I saw the key voices from within the movement and how God has specifically touched each generation. He said to me, “There are 2 WAVES that I have intentionally highlighted over the last 4 generations. In the 1970’s I emphasized the first wave which was My LOVE. I poured out My love upon a generation and it was known as the ‘Jesus Movement’. I taught My people how to love one another like never before.”

He continued on, “The second wave that I sent was POWER. In the 1980’s 1990’s and up until 2010, I released a wave of my glory that reintroduced My power within the healing/signs/wonders movement. Great miracles and moves of the Spirit were experienced by many during that 30 year period. It was a time of experience and great manifestation.”

A Third Wave is Coming

Then God said to me, “Since 2010, I have begun to highlight and emphasize a wave of SOUND DOCTRINE to the healing/signs/wonders movement. This current generation chasing the supernatural is headed for shipwreck because My apostles, prophets, and evangelists have taught on love and power without sound doctrine. Many of them have fallen into sexual immorality and sin because of their biblical illiteracy and refusal to allow Me to heal their soul wounds apart from all forms of ministry”

I began to weep as God continued to reveal His heart with Me concerning the healing/signs/wonders movement. He spoke to Me again as I cried and said, “Jeremiah, the greatest deliverance from demons that a generation has ever seen will come through this generation, but it will be released through sound doctrine and a restoration of the authority of Scripture. Deliverance ministers and healing evangelists have become too dependent upon testimonies and the laying on of hands (impartation/activation) instead of preaching My Word. I am raising up a new breed of messengers from within the healing/signs/wonders movement that will have a passion for My Word and sound doctrine like never before. Many of them will memorize entire portions of Scriptures and give themselves to the knowledge of who I am. The central issue of all spiritual warfare is the knowledge of who I am. Demons and disease will be expelled from this  generation as they get rooted and grounded in the truth of My Word.”

I prophesy that a new breed of messengers shall come forth in the healing/signs/wonders movement. God specifically showed me a new breed of healing and deliverance ministers arising from New York, Florida, and parts of the East Coast. They will be men and women who will fully devote themselves to the study of the Word of God and they will preach it with authority. This is the generation Paul saw when he wrote and said, “Keep a close watch on yourself and on the teaching. Persist in this, for by so doing you will save both yourself and your hearers” (1 Timothy 4:16). Some of these messengers will even have advanced degrees from universities and bible training centers. Demons will flee as the Word is declared, not just hands laid on people. Disease will vanish, not just because past testimonies of healing are shared, but because the gospel of Jesus Christ is truly being preached. Of course, love and power will still be released within the healing/signs/wonders movement, but God is specifically highlighting and emphasizing a wave of SOUND DOCTRINE to this current generation. We must look for this wave and receive this generation of messengers that is going to crave the Word of God and prayer like never before. I rejoice with what God is doing and is about to do in this generation.

With expectancy and prayer,