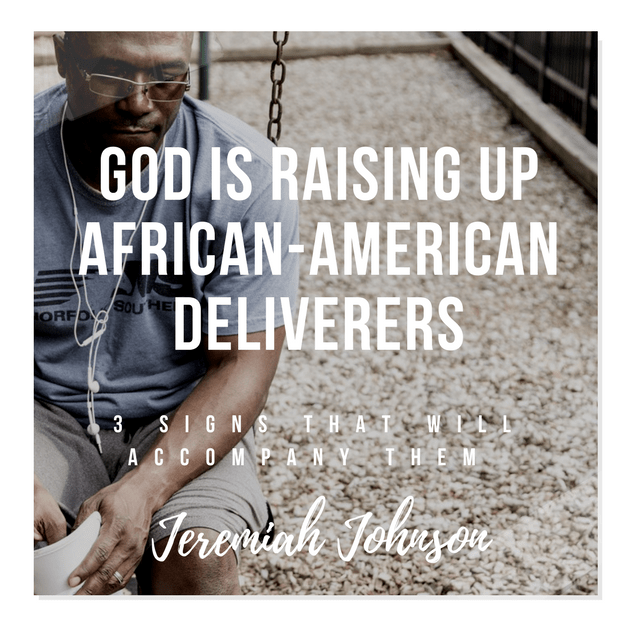 Reformation is Upon Us

I believe that we are about to witness one of the greatest revivals and reformations within the African-American Church that the world has ever seen. 2017 marks the 500th anniversary of the Protestant Reformation in 1517 where Martin Luther nailed the 95 thesis at Wittenberg crying out for greater religious freedoms for the Church. The Holy Spirit has shown me through a reoccurring prophetic dream that He is currently raising up African-American deliverers and circuit riders in the same spirit as Moses who are about to nail a mighty reformation to the doors of the African American Church.

Over the last 3 months, I have received the same reoccurring prophetic dream concerning this reformation and revival that is coming. It has been an incredible burden that I have been praying and fasting through and now I have finally received a release from the Holy Spirit to publicly share what God has shown me.

Suddenly, the back doors of the Church fling wide open and a young African-American man dressed in tattered clothes and carrying a staff walks in. The entire conference goes silent and the fear of the Lord descends upon everyone. The young African-American man steps forward and begins to prophesy directly to the people in the room and says, “Your apostles are abusing you and your prophets are pimping you, but the God-Man is coming for you. My brothers and sisters, how much longer will you allow this modern day slavery to keep you in bondage and oppression? You have become the slaves of these apostles and prophets and the Spirit of God is now coming to set you free. This is not the hour to pledge allegiance to the color of their skin, now is the time to pledge allegiance to the blood of Jesus Christ that liberates the captives.”

As this young African American man finished prophesying to the people, rage and anger overtook the African American church leaders who sat upon their thrones on the stage. They began to scream at the young man and say, “How dare you challenge our authority boy? Don’t you know who your people are?”

The young African American man began to weep and wail. His staff immediately turned into a lightning bolt. With one swift motion, he drove the lightning bolt into the floor of the Church and all the African American Church leaders who sat upon their thrones fell off of them. Immediately three spirits manifested in the room and were bound by the young man. They revealed themselves as: Poverty, Mammon, and Sexual Immorality. The young African American man began to prophesy again to the people and said, “The Spirit of God is releasing cleansing judgment upon the African American Church in order to purify her before the return of Jesus Christ. The sexual immorality that is running rampant among African American Church leaders will be dealt with the most severely. God will not tolerate any longer the hypocrisy and secrecy that the apostles and prophets are walking in. The witchcraft that some have operated in to even have sexual relations with those in their congregations is an abomination in the sight of God. Next, God will begin to address the spirit of mammon and greed that has taken root in the hearts of African-American Church leaders. The prophets will no longer pimp their brothers and sisters through flattery and selfish gain. They will be stripped of their manipulation and control and the motives and intentions of their hearts will be revealed. The false prophets must be exposed and dealt with in the African-American Church. The apostles will no longer abuse their brothers and sisters through their demands of man worship and greed. No longer will they continue to charge fees to come hear them speak at conferences and churches, but they will freely give away what I have entrusted to them. Finally, God will confront the poverty spirit that is strangling the African American Church as a direct result of the spirit of mammon and greed that has been released. They are directly connected with one another.”

3 Earmarks of the African-American Deliverers and Circuit Riders

Each time that I have woken up from this reoccurring prophetic dream, the Spirit of God has revealed the following three realities that will mark the African-American deliverers and circuit riders that are being released to the African American Church. The three realities are:

1. They will carry an unusual grace for humility, but incredible prophetic boldness. These men and women will have honor in their hearts, but it is for the Lord Jesus Christ above the religious traditions of men. When these African-American deliverers speak out and confront African-American apostles and prophets, the fear of the Lord is going to anoint their words. They will manifest tears and weeping wherever they go because of the burden God has given them regarding the bondage of modern day slavery that the people have come under. The spirit these men and women will carry is not in rebellion, woundedness, or bitterness but in a genuine and authentic spirit of revival and reformation that has clear vision and purpose.

2. They will carry an unusual anointing for signs, wonders, and miracles. Even as God called Moses to confront Pharaoh to “Let My People Go” so God is calling forth African American deliverers and circuit riders in this same spirit to confront these African-American Church leaders who sit upon their thrones and abuse and pimp the people to “Let My People Go”. As these deliverers and circuit riders are resisted by many leaders, they will demonstrate true signs, wonders, and miracles so that the people will know that they have been sent by God Himself. Authentic power is being restored to the African American Church.

3. They will be mostly rejected and cursed by the African American Church leaders who sit upon their thrones, but welcomed by African American Church leaders who walk in humility and the fear of the Lord. There will be so many young future apostles and prophets that will be the primary beneficiaries of the message that God has called these African American deliverers and circuit riders to release. They will recognize the deception and slavery that the people are bound in and will choose to lead and govern in a different way than they have seen in the years ahead.

Freedom from Abuse and Pimping

The reformation and revival that is coming to the African-American Church will be a direct result of the rise of these African-American deliverers and circuit riders. They will set free the people of God from the abuse and pimping of the apostles and prophets and cry out for holiness and true worship of Jesus Christ to be restored to the Church. A new generation of African American apostles and prophets is being birthed in the earth right now who will not charge for prophecies and enslave the people to a religious system of abuse and carnal authority. They will walk in servanthood and meekness. This new generation of apostles and prophets will refuse to allow themselves to be worshipped and put on a throne that only Jesus Christ deserves to sit on. They will not concern themselves with titles and applause. They will walk with the people, not talk over them. Humility and honor will mark their lives and ministries. They will have healthy marriages and children that serve God all the days of their lives.

With Urgency and Expectancy,

The Best Of Every Bloodline Was Saved Until Now – John Paul Jackson’s: You were Born for such A Time As this