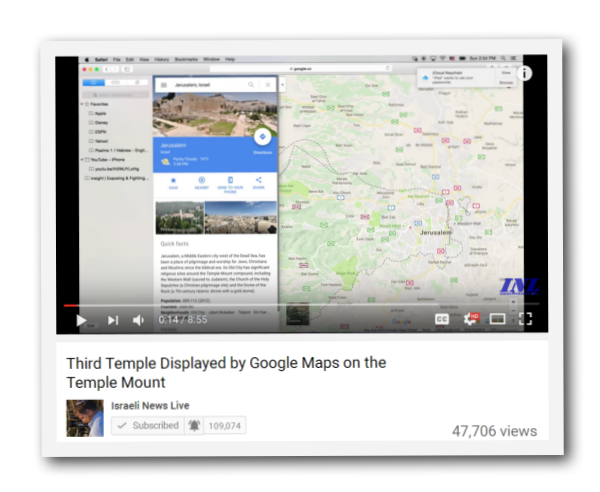 Steven Ben-Nun From Israeli News Live (Youtube) discovered pictures of the future 3rd temple while searching through google maps.  In the video he discusses just how he found the temple pictures.

Below we screen shot some of the pictures of his video.

Google Maps must know something that most of us have only speculated about.

It seems rather opportunistic that the UN is now calling for a vote just before Obama leaves office. I would say that this would then empower the 70 nations to turn against Israel. Russia seemingly no different than the US on the stand for allowing the UN to force their agenda on Israel.

Prime Minister Benjamin Netanyahu has taken a very prophetic stand against the United Nation, against The US president Barak Obama. But what the Prime Minister does not know is that Daniel saw he would take this stand and as a result it will bring Israel’s oldest enemy in with a whirlwind fulfilling prophecies in Micah and Obadiah even that of Exodus the return of Israel grand Prophet Moses.