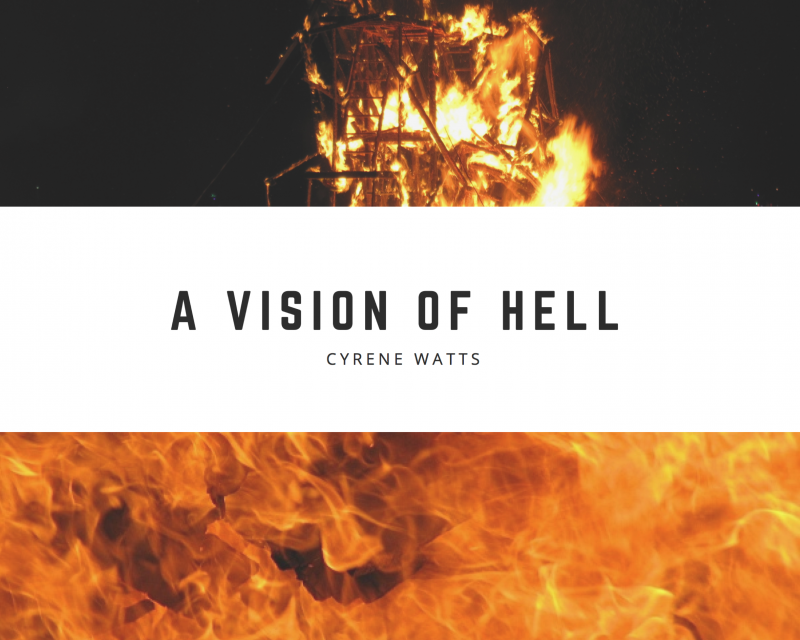 “I watched numerous demons torture souls, and the worst part was the fact that I could barely breathe!

This morning around 5am I received a vision (a dream within a dream). The setting was nighttime…Right away the dream started off in which I found myself on a ROLLER COASTER that descended STRAIGHT DOWN INTO HELL! Before anyone got on, it just looked like a lot of fun; until you became seated and one is sadly mistaken! It was too late to get off. As soon as you got in it was in motion. This was one of those super fast thriller rides that only lasts a moment or two. However, the moment we descended into Hell, time elapsed into supernatural time! 1 minute was more like 20…It was by far the most intense and horrific ride of my life! All I could hear were endless screams! I watched numerous demons torture souls, and the worst part was the fact that I could barely breathe! The heat of the flames was simply too much as it engulfed around us on every side as we passed through. At one point I moved my left arm further inward because the flame was too close. I thought I would either burn or catch fire! There truly are no words to describe it! 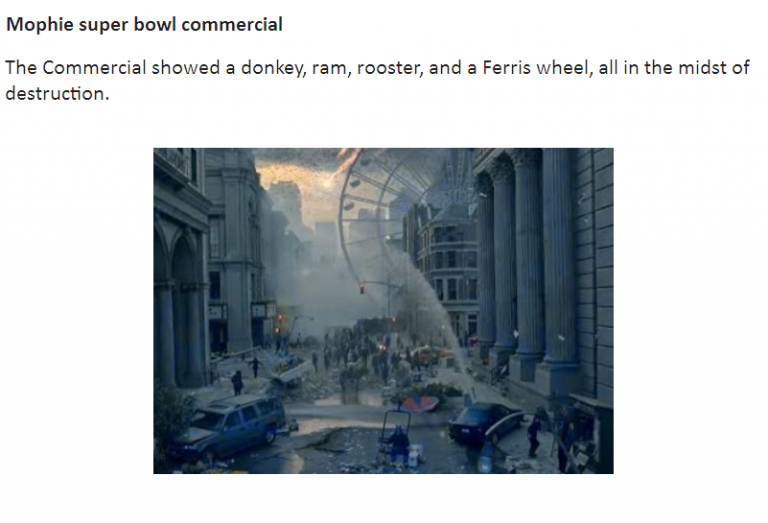 Next thing I know, the ride returns back to its point of origination with others eagerly waiting to get on! They were all lined up in rows, and the lines moved ever so quickly. I was so shaken up from the experience as well as the others that were with me, that I NEVER wanted to get back on it ever again. As I was about to exit, I either thought or heard someone say that I should warn them, but because things were moving so fast and I just wanted to get out of there that my response was either “there wasn’t enough time” or “I didn’t have time”. I got out of there as fast as I could! That’s when the vision ended. Upon fully awakening, these are the words I received:

Isaiah 5:14
“Therefore hell hath enlarged herself, and opened her mouth without measure: and their glory, and their multitude, and their pomp, and he that rejoiceth, shall descend into it.”

#HELL
#REPENT
#EVANGELISM NOT AN OPTION BUT A REQUIREMENT!

(Don’t let your excuses for not evangelizing be that you “didn’t have time”.)

Dream of A Tsunami Coming To New York City – Cyrene

Revelations Of Heaven and Hell

“Although my physical body was asleep, my spirit was taken to this very very dark place. I didn’t realize exactly where I was, until I saw Satan. I wasn’t allowed to speak, only listen”

We know in part and prophesy in part according to 1 Corinthians 13:9…There are 2 very important things I must share! I’ll start at the beginning so that everything makes sense.

On March 14th 2015 @ 4am, I had a spiritual encounter. Although my physical body was asleep, my spirit was taken to this very very dark place. I didn’t realize exactly where I was, until I saw Satan. I wasn’t allowed to speak, only listen. I was then allowed to hear what he was saying through the darkness. He said that he was going to “use Obama to unleash the false prophet”. While he was talking, he just kept laughing and laughing this demonic laugh.

It wasn’t long until he became aware of my presence to which he became instantly furious and livid that I was even there, let alone eavesdropping! His voice towards me became really loud and boisterous; making it very clear that he did not want me there! He did not want me to know his plans. I however was not afraid because I knew that the Lord was with me, and because the Lord was with me, Satan became even more irate. He didn’t want either of us there! He didn’t want anyone to know what was going to happen or what was going on. Moreover, as I’m standing there listening to him rant and rave about how he didn’t want us there, I then heard the loudest ROAR; like the roar of a lion. It was the voice of Jesus, putting him in his place! Satan became silent; his face disfigured and beet RED with such fury! Right after that we left, and I was able to write it all down.

Henceforth, today October 2nd 2016 @2:59pm I received an open vision. I laid down for a couple minutes to rest my eyes, but I was not asleep! This vision had to do with the Pope and Obama! It was very brief, but it was if I was looking at a map. I had an overall view in which I saw the Pope in his own country, yet he was seeking out Obama. I saw them together and Obama was dressed in black. I also understood that there is something that the Pope wants to do, but he cannot do it without the help of Obama! Simultaneously, it was conveyed to me that this was in direct correlation to the prophecy that was given to me 1 year and 7 months ago regarding Obama being used to unleash the false prophet! The vision then immediately ended and I was not allowed to see anything else. Afterwards, I was specifically given Revelation 16:13-14 to read and reference.

With the spiritual encounter, I just want to note that I didn’t fully understand it all, just that it was important to write down. Just like Daniel, the vision was yet for an appointed time! So now I am releasing the other half of it. Maybe some of you have already speculated that he is, and if so this is your confirmation! Of course take it to the Lord in prayer for yourself, but I felt really led to share it!

In addition to the previous vision, I went on to dream some more (October 1st 2016).

In this scene I found myself inside of a Kindergarten classroom. My 5 year old was present and the children were being taught incorrectly how to spell the word “Wednesday”. On the chalkboard it was written “Wensday”. As I looked around, I noticed that there were other chalkboards in the room. On them were more lessons with quite a few misspellings as well. It surprised me because they were very simple words! I stood there (for the sake of observing) as the male teacher began to speak. His accent suggested that he was from another country, although I’m not sure which. As I listened, he began to spell the word “Charlotte” as “C-H-A-R-L…A…Y!” In the middle of the word is where he began to struggle. He had a hard time sounding it out altogether. Therefore, he gave up trying; skipped to the end and just threw any letter in there LOL. Then he convinced himself that it was spelled correctly!

I became very concerned for my son because I didn’t want him to grow up thinking this is how you actually spell these words! I then took my son aside and showed him on a paper that was sitting directly in front of him where the first word Wednesday was spelled properly. I said always double check! There’s no reason to misspell something that is right there (literally in your face). Afterwards, I approached his teacher and told him that he also needs to double check, even triple check what he is teaching and to make sure it is RIGHT! His attitude however was nonchalant…He looked at the incorrect words on the chalk board and didn’t seem phased by it at all. To him everything APPEARED just fine! He didn’t see any errors; even after I pointed them out. The worst part was that he went back to teaching! I thought how ludicrous! I couldn’t wrap my head around the logic…

After praying over the dream, this is what I received:

“Tell them to REPENT, Tell them to STUDY MY WORD and SEEK MY FACE, I AM the SPIRIT OF TRUTH, STUDY so that you will not be deceived, Tell them to BE CAREFUL what they PREACH and what they TEACH, For MANY HAVE LED MY SHEEP ASTRAY AND HAVE NOT SOUGHT THE WHOLE TRUTH, My WORD IS TRUTH, Things have been MISCONSTRUED.”

The Lord also allowed me to recall His words to me in prayer time earlier this week, and that is “Pray to see clearly”. He wants us all to pray this because there are times when He has tried to show us His truths exactly as it is stated in His Word, and it’s not getting in on the inside of us. He was telling me in my spirit that there is NO EXCUSE for us being led astray when He has given us His Word and His Holy Spirit to teach us all things! Furthermore, this is what I also received:

“What does My Word say? Because you have been taught misconceptions from an early age, it is believed as truth, and very few (people) question the validity of what they have always been taught, I have given you My Word; yet you follow man’s teachings, you do not inquire of Me, therefore you are misled with what you hear, My Word says be not tossed to and fro with every wind of doctrine, Ask that I anoint your eyes with eye salve so that you may see clearly, pray that you may see.”

John 14:26
“But the Comforter, which is the Holy Ghost, whom the Father will send in my name, he shall teach you all things, and bring all things to your remembrance, whatsoever I have said unto you.”

1 John 2:26-27
“These things have I written unto you concerning them that seduce you. But the anointing which ye have received of him abideth in you, and ye need not that any man teach you: but as the same anointing teacheth you of all things, and is truth, and is no lie, and even as it hath taught you, ye shall abide in him.”

Ephesians 4:14
“That we henceforth be no more children, tossed to and fro, and carried about with every wind of doctrine, by the sleight of men, and cunning craftiness, whereby they lie in wait to deceive;”

2 Timothy 2:15
“Study to shew thyself approved unto God, a workman that needeth not to be ashamed, rightly dividing the word of truth.”

John 12:48
“He that rejecteth me, and receiveth not my words, hath one that judgeth him: the word that I have spoken, the same shall judge him in the last day.”

#Read the scriptures in context
#Do not guess or assume
#The Holy Spirit is your ONLY Teacher NOT man!