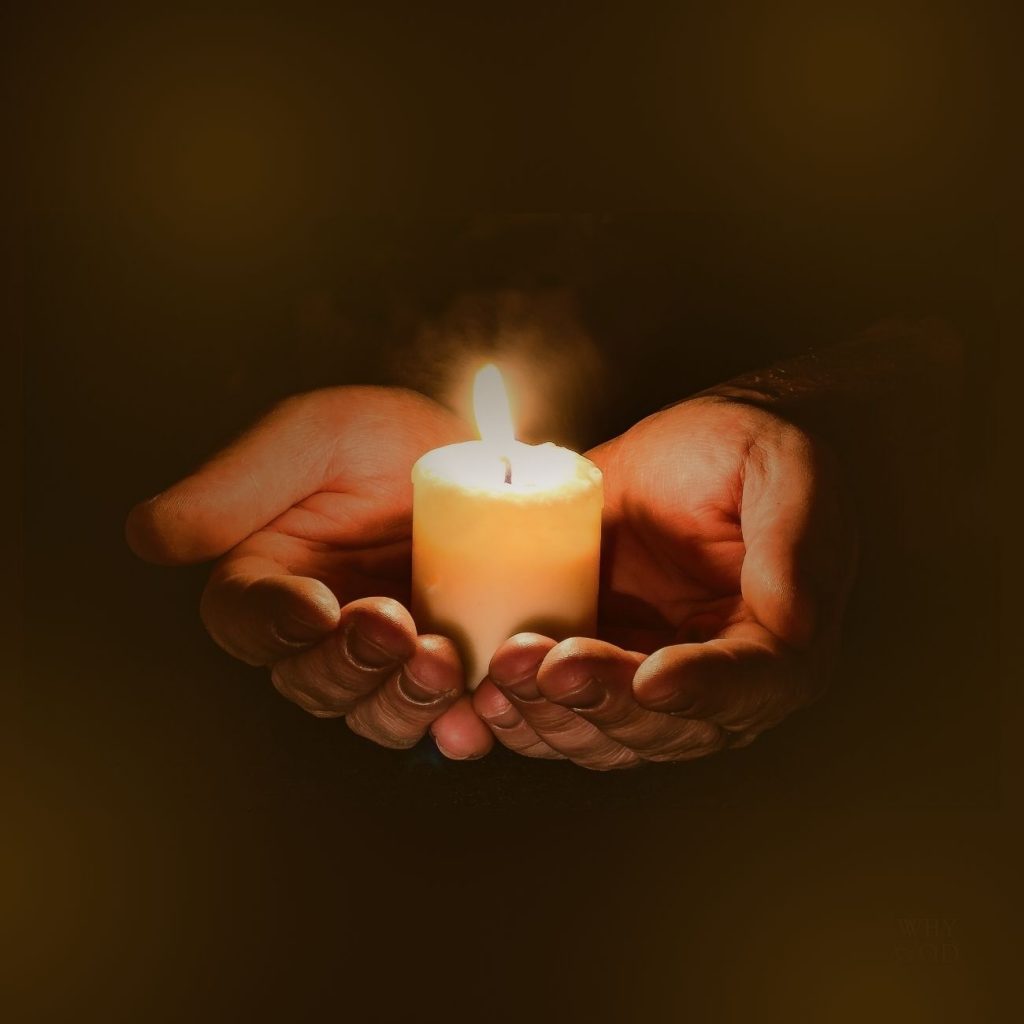 Christmas, Hanukkah, and the Antichrist PART 3: The Christmas and Antichrist Connection
· MONDAY, DECEMBER 26, 2016
THE CHRISTMAS CONNECTION Now that you know the story of Hanukkah, how it was celebrated in the first century by our Messiah, and how we’ve used it to discover when He was actually born, we can turn our attention to the Christmas part of this story and unveil why we celebrate His birth on December 25th to begin with. Let’s continue on our timeline from the first century and you’ll see the same problem that Matityahu and Judah Maccabee faced begin all over again.
As we move through the first century, we see a schism forming between the Jewish believers and the unbelieving Jews that would eventually result in a complete breaking away from the Hebrew root from which Christianity was birthed. This schism widened when everyone was forced to flee at the destruction of the temple in 70 A.D.
As more and more Gentiles came into the faith, this new sect of Judaism called the Netzerim (Christians) were becoming a heavy influence thanks to the constant influx of Gentiles who were bringing in their pagan backgrounds and beliefs.
When the Netzerim did not support the Jewish revolt in either the first war that resulted in the destruction of the temple or the Bar Kohkbah revolt in 135 A.D. against the Romans which caused over a half million Jews to be slaughtered, the Jewish-Christian relationship suffered a fatal blow.
From there, both the religious Jews and the Messianic Christians continued to follow their faiths, but they were almost independent at this point.
In an effort to distance themselves from their Jewish brothers, the Gentile Christians began to celebrate the Sabbath on the more familiar Sunday from their pagan past, while the Jewish Christians maintained the biblical seventh day. The very pagan influence that Judah Maccabee and his followers fought to keep out of the faith was now creeping back in…again.
At this point, no one celebrated the birth of Messiah so we have no historical record on the subject. What we do know is that Rome worshiped the sun god and his day was, you guessed it, December 25th.
In 354/362 A.D. there is a entry in the Roman calendar for this date in commemoration of the sun god. This is not surprising because many cultures around the world celebrated the “rebirth” of the sun on the winter solstice.
So by the time the sun-worshipping Roman Emperor Constantine came along, an incredible amount of change began, even though he claimed to have converted to Christianity because he saw a vision of a cross in the sky. In 321 A.D. at the Council of Nicea, Constantine changed the Sabbath from Saturday to Sunday1, changed Passover to Easter2, and demonized anything that the Jewish Christians in the East (Judea) were doing as “Jewish” while declaring anything the Christians did in the West (Rome) as “Christian”3.
So when we see December 25th on the ancient Roman calendar as a festival to the sun god and we know that all of our “Christian” holidays were set by the Roman Catholic church during this period in history, it doesn’t take a rocket scientist to see that December 25th was most likely chosen to try to displace the sun god worship that was happening on that day.
Once again, just like in the time of Judah Maccabee, the religious leaders tried to use political compromise to make it “easier” for everyone to get along. But this compromise cost Judah and his family their lives. And we’ve swallowed it hook, line, and sinker.
Not only did we swallow the date, but we give little thought to the fact that the Christmas tree came right out of paganism and cult worship, as well. Religions all over the world use the evergreen or fir tree as a symbol of the sun god because it stayed green all year long. Even the act of decorating it is not original; it can be traced back to Zoroasterism:

“The ceremony of decorating cypress is conducted and they accept the customs of their ancestors officially as they wish health, long life and loyalty to their religion. Cypress in the Zoroaster religion is a sign of life, promotion and is evergreen.”4

Although this article is not an in-depth discussion of the origins of all the ornaments and pieces that come with Christmas, I can tell you that from the tree, to Santa, to the elves, there is almost nothing that can’t be traced back historically and seriously questioned about its pagan root.
For me, the date alone is enough.
I used to think, “Well, that’s not what it means to me,” until I realized that I was not the one being worshiped and it really didn’t matter what it meant to me. Just the thought that we’re celebrating the birth of the Messiah on the same day that ancient pagans celebrated the sun god makes my stomach turn.
I know that my wife would not be happy changing her birthday to one of my old girlfriend’s birthdays so that I could “redeem” that date. How much more would the King of kings loathe the idea of us changing His birthday to that of one of his arch enemies?
REDEEMING THINGS THAT WERE NEVER OURS?
Why do we Christians feel like we have to “redeem” anything that is pagan? The only thing God ever redeemed was His people and His land! To redeem something means, by default, that it was previously owned.
Why not just keep the holidays of the Lord the way the first Christians did? At least those are found in the bible. Why do we feel like we have to keep something the proto-Roman Church invented? Something that can be proven inaccurate at best and pagan at worst?
We Protestants are a strange bunch. We tend to want nothing to do with anything Catholic yet we worship on the day they changed the Sabbath to, keep communion exactly the way they taught us, and follow virtually every holiday they invented.
Sounds to me like it’s time for another Martin Luther moment! But I digress. Let’s get back to conclusion of our Hanukkah story.
THE ANTICHRIST CONNECTION
Although there will eventually be an actual person that will be called the antichrist, the demonic spirit of the antichrist has been alive as long as the serpent has been biting the heels of men. His job is to get the people of God to stop doing bible things in bible ways and to eat from that deadly tree of the knowledge of good and evil. It is the mixture of good and evil that is so forbidden. It was the fruit of that tree that killed man in the beginning and it is still his number one strategy today.
During the time of the Maccabees, the spirit of the antichrist came in the form of the Greeks as they did their best to Hellenize the Jewish people and make them more Greek as they stripped them of their heritage. With that in mind, let’s take a look at what actually happened that first Hanukkah to see how the antichrist actually fits into our story. To find the answer to that we have to go back to Daniel chapter 9 when the “abomination of desolation” actually occurs.

Daniel 9:27
“Then [the antichrist] shall confirm a covenant with the many for one week (7 prophetic years). But in the middle of that week He shall bring an end to sacrifice and offering. And on the wing of abominations shall be one who makes desolate.” (parenthetical insert mine)

Daniel is prophesying that in the middle of the seven years, the temple is going to be made desolate by an abomination, called the “abomination of desolation.”
Incredibly, this is exactly what happened with Antiochus Ephiphines IV during the Maccabean revolt.
Three and a half years into their occupation of Jerusalem, 1 Maccabees tells us that the Greeks placed an idol of Zeus on the altar, desecrating the temple. Just like the prophecy in Daniel foretold, its first fulfillment happened in the Hanukkah story, foreshadowing just how it’s going to happen at the end of our age.
The elements are all there. There will be an assault on the temple of God (us) where a foreign worldly enemy will try to use the paganism of the day to get the people of God to compromise the purity of the original faith and leave them with defiled temples, making it difficult for the Holy Spirit to manifest Himself in full power and authority. And in this author’s opinion, that’s exactly where we are today.
Without the Judah Maccabees and the Matityahus and those like them deciding to stand up and rally the troops to resist this compromise and keep our temples clean, the downward spiral of our faith will continue until it is unrecognizable from its powerful beginnings. The antichrist did not stop with the statue of Zeus being placed on the altar over 2000 years ago. That serpent is still trying to infiltrate God’s people today.
WHO’S WITH ME?
The story of Hanukkah is one of the most awe-inspiring stories in all of history.
An enemy may have full control and all the infantry in the world but he simply cannot compete with one man that’s full of faith. This story is the gospel in all its blazing beauty. It’s a story that should be told to every child, every year. It reminds us of our own temples and how we need to be cleansing them constantly and auditing our beliefs and the things we do to make sure that we’re not being infiltrated by the pagan culture around us.
It teaches us that in order to be Braveheart, we must first have a brave heart: to step out of the rank and file and begin to follow our Lord, not in the ways our Catholic forefathers did but in the ways of our real church fathers, the disciples themselves. We have to be willing to stand up to the culture of our day, even if it’s our own religious culture, and call out like Martin Luther did for a return to the truth, the whole truth, and nothing but the truth.
Our futures and those of our children depend on how we choose to worship and live our lives. It’s easy to just go with the flow and continue to do things because it feels good or because we’ve always done it that way. The real Braveheart…William Wallace…became famous and had a movie made about him. But he died a martyr’s death. And while no one wants that to happen to them, change has to start with someone. And if not with us, then who? If not now, then when?
In the final part of this series, Part 4, I will share some of my family’s Hanukkah ideas and traditions and show how they have so deeply impacted our lives.
Jim Staley
1 Schaff’s History of the Christian Church, Vol. III, Ch. 75
2 Decreed in an epistle to the Church of Alexandria from the Council of Nicea.
3 Council of Laodicea, c. A.D. 337, Canon 29, quoted in C.J. Hefele, “A History of the Councils of the Church,” Vol. 2, p. 316.