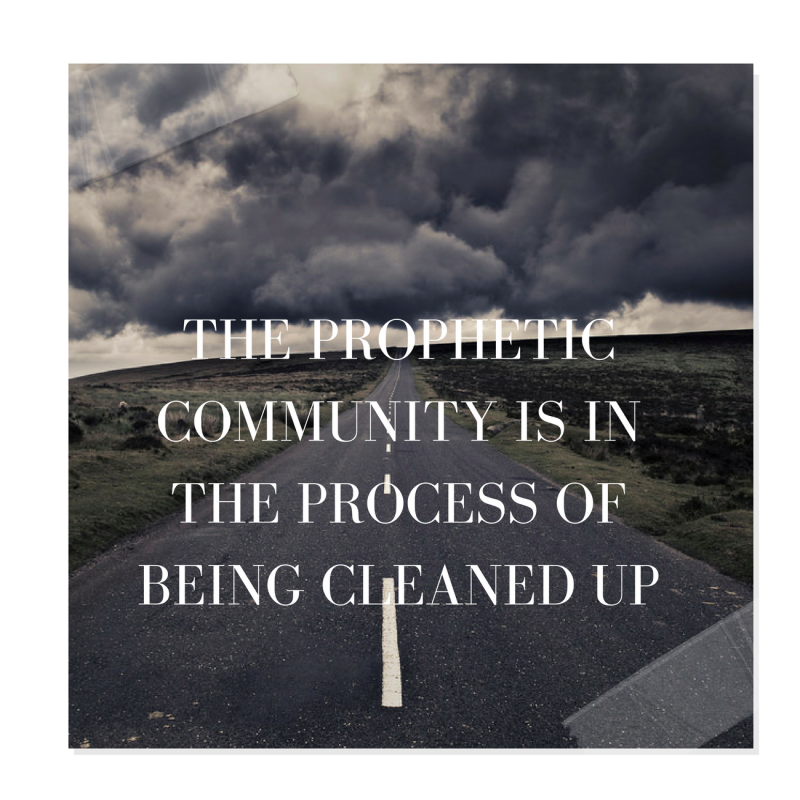 I have been reading quite a few of the prophetic dreams,words and visions on your website. I have a question for you if you don’t mind please.

There are so many prophecies on the Web by so many Christians, and all the prophets claim that they hear from the Lord. They get visions and dreams and get taken to places in the Spirit. And it happens a lot of the time, like every week or month. But so many of the prophecies differ. And they differ so much. For example it seems like many of the well-known/popular prophets believe that Trump is going to turn everything around. Apparently Kim Clement said that Trump will be president for 2 terms. This is in direct contrast to what most of the Christians have to say about it on your website. They say that things are going to get worse like fairly soon and we need to prepare and be ready (especially spiritually). I tend to believe this.

What is a Christian to think about this ? How utterly confusing is this for people who are supposed to hear from the prophets and be warned about coming events that the Lord wants them to know about. What is the truth ? Obviously many, many of these prophets are false because they contradict each other.

It is really confusing. The answer is that one must hear from the Lord and I’m trying hard to do that. How are people to know the truth. The church is fast asleep like some of the prophecies say. But the problem is that ordinary Christians don’t want to hear about prophecies because so many are not from the Lord. There are like hundreds if not thousands of prophecies on the Web.

I would like to know what you think about this. I’m battling to hear the Lord wrt what is coming and I’m so frustrated because it seems that very few prophecies can actually be trusted. And as a Christian I cannot think how Christians can give prophesies/words/dreams/visions if it isn’t from the Lord. It is much worse than just being a liar. It is misleading God’s people.

As an avid student of Bible prophecy, I follow both your and Michael’s sites with great enthusiasm, and have read his book “The Rapture Verdict.”  Was just watching him speak at Morningside a few minutes ago. Am really interested in your study a couple of months ago regarding “Election 2016 Prophecies- Which Are Correct?”  Do you plan to write an article or somehow print those “Thus saith the Lord” prophecies which did not come to pass? I would surely like to know which prophets/prophetesses to follow and which to refrain from listening to.  May God richly reward you and Michael, your ministries, and all that you endeavor to do for Him.
-S

John Paul Jackson – Dream Intrepretation
3.  Another thing I have discovered along the way is that dreams and prophecy from the Lord are not always so straight forward.
A prophetic voice I trust is John Paul Jackson.  He had the office of a prophet, and much of what he saw for America is starting to come to pass right now.  I hope to go through every video I can find on youtube of his and devour his teachings on dreams, and interpretation of dreams.   I might even download many of his talks because youtube is notorious for removing videos.
In one CD interview I listened to, JP relayed a conversation he had with a man that inspired him to teach others on dreams and visions.   JP was incredibly gifted in being able to take a dream and tell you what it means.  This man asked him how he did it, and John Paul couldn’t put his process into words.  The man he was talking to was let down, and said it was a shame because once he passed on, there would be no one to hand that torch off to.
The conversation inspired John Paul to put out the knowledge he knew relating to this office in notes and videos.  Today we no longer have him with us, and I have to wonder what was not taught, or if he was able to teach enough of it to pass on.

If you look at the above series, you will see that often times prophetic dreams are complex.  We can completely miss the meanings of symbols and colors and the sheer amount of layers that can be given in prophetic dreams.

I contemplated after the inauguration those dreams that had to do with Obama.  What confused me was many of them spoke about a very similar event.   What I had to wonder was if when THEY SAW President Obama, were they seeing an OFFICE? (The office of a president)  Or was it very specific to the man Obama?

That is something I am putting on the shelf to contemplate and investigate.

It is a very very serious thing to say “thus says the Lord”  and what people don’t know is if they are unsure about a prophecy (whether or not it came from God, or details that were fuzzy) they need to keep it to themselves because they can curse themselves.  It really is a life and death situation.  Saying something that is supposed to come from the Almighty is a very serious matter, and the office of a prophet is not an easy task what so ever.

It can take tremendous courage to speak something that Elohim gave you and to have faith to do so.  SO from my vantage point, I admire this office, and I am going to press forward with trying to find those who are hearing accurately, and reporting what they heard.  Along the way, I hope to learn a lot, and I hope that those who do sit in this office can teach me what they have learned as well.

God has a plan for each and every one of us.  We need to discover what our mission is and walk in it with boldness

Huge blessings to you all.  Let me know your thoughts by leaving a comment below.

Michael and I have always been a husband and wife team…with no paid staff,  we are finding this process involves so much.  I hope to get back to a regular blogging soon.  If you are a regular reader, THANK YOU for coming to our blogs.  It means so much.  If you want to support us, please support us by leaving comments and sharing our work.  – Meranda)

UPDATE -Looks like we are not moving…but saying right where we are. We have a very busy business….and I don’t think we can do it all. It seems like that door has shut for now. I feel like we have been blessed with our business..and the open doors are blessings too… This one just didn’t work out.

What is your take on the election prophecies?  Who do you find in your research to be accurate in the office of prophecy? Share your take in the comment box below