The following prophetic word was given by Cathy Lechner in a church service at King Jesus Ministries in early January. (2013) This is a very large church located in Miami, FL. The pastor is Guillermo Maldonado.

The following provides a partial transcript of the word for our nation. In the second half of the video she gives prophetic words that are specific to King Jesus Ministries, so those are not included in this transcript. Portions of the transcript were also re-arranged to organize them for each of the coming events she described. The 21 minute video clip is provided below. 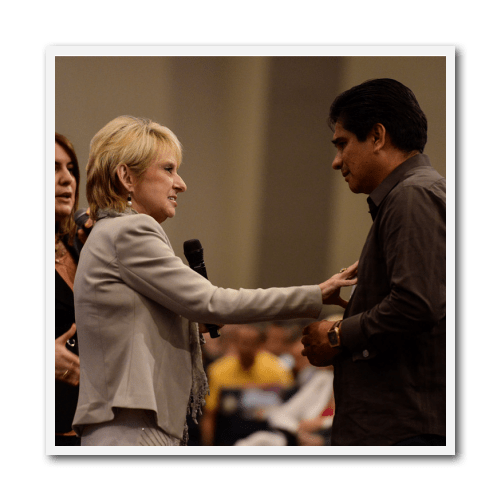 This is the year of mercy and grace. Mercy is God giving you $1 million, loaning it to you. It’s a loan. And you blow all of it and you cannot take it back. And he comes to you and says, “Guess what? I forgive you the million dollars, don’t worry about it, I’m ripping up the contract, and you don’t owe me anything.” That is Mercy.

Grace is him turning around and saying, “Here is another million dollars. Start over again!”

The Lord spoke to me and said:

“I am not finished with the United States of America. I am not finished with the purpose of this nation. Just as I turned Israel over to its captors for 400 years until they cried out for deliverance, if My people who are called by My name will humble themselves and turn from their wicked ways and pray and cry out and seek my face, I will hear from heaven and will forgive their sins and heal their land.”

He said if My people who are called by My name, the God of Abraham, Isaac, and Jacob, if they will humble themselves I will heal their land (2nd Chronicles 7:14)

The second thing the Lord said for our nation:

“There is a major crisis coming to Washington DC. It will capture the heart of our legislators and our president.”

We need to pray. We can criticize them, but the word commands us to pray for them. So whether we like them or not we need to pray. Prayer is the only thing that changes the situation. As we pray and pray we are believing that our president will fall onto his knees and cry out to Jesus, and not to Allah. He will cry out to Jesus that calamity will be avoided in our nation.

The third thing for our nation, the Lord said:

“There is going to be a short honeymoon time, a short season, where it will seem like all of the policies that were promised are working. There’s going to be a short season where it looks like there is prosperity. (fulfilled) It will look like there is an upswing coming in the economy. It will look like they’re going to be some jobs. You’re going to be hearing these things. But it is only for a short season. (fulfilled)  Hear the word of the Lord. The short season will come to an end. It will seem like overnight that the bottom is going to drop out of our economy. It will make the last recession that we went through look like a picnic compared to this one. We will be in, or close to, double-digit inflation and recession in our country. We are going to see the failure of more banks as we come closer to that one world banking system. They will downplay and minimize the economic problems in our press and our news media coverage. But in spite of what they will say, everyone’s finances will be affected. The policies that have been put in place will fail.”

I am not going to tell you a time because God did not give me a time.

Do not look to the news media for your news. Look to the word of the Lord and the pastors and the prophets and the teachers and those with maturity in the Lord.

Don’t listen to everybody on the Internet because they will tell you all kinds of different things.

Look to those who have proven to be mature in giving prophetic words. God has put the fivefold ministry together so that we have the counsel of the word of the Lord.

The body of Christ is going to be fine. But God is warning us ahead of time. He is telling us how to prepare so that we can prepare ourselves for when the bottom falls out. Because God has one purpose, He wants to build his kingdom.

What causes people to rush into church?

They don’t need God when everything is fine. When the stock market is going great and they have their investments, who needs God? But the things that are coming will force them to engage God.

The Lord said January and February is the optimal time for sowing. I don’t know why. God just told me that. Farmers know when to plant, when to sow, when to harvest. They know when the optimal time is. God said January and February is a great time to get your seed in the ground. Sow, sow, sow, every time you have a chance. Not just for an immediate harvest before a long-term harvest.

Pay off your credit cards.

If you have possessions that you don’t need, sell them and sow the money into the kingdom.

Don’t put it all in the bank, put it in the kingdom because banks will fail.

Honor your vows. If you have vows that you made in previous years but still have not paid, Start paying on your vows. Honor your vows, whether it was a vow to give your time or your money.

God is waiting on you. He moves when you move. The father of the prodigal son waited for his son to return. Then he went to meet him. When you start making a move toward honoring your vows then God will make a move toward you.

The links below provide similar prophetic words. However, this word from Cathy Lechner is especially helpful because she describes the magnitude of the coming events. She compared it to the events of 2008 and said this will make that look like “a picnic.” She did not give a time when this would happen because she said the Lord did not give her a time.

The hard times ahead might sound like gloom and doom but we are far better off to know about these things before they happen, while we still have time to prepare.

Another way to prepare is stocking up on items you will need but might be unable to get during the crisis. Grocery stores could get wiped out very fast. Personally, I am stocking up on the following items:

This is by no means a complete list. I am just listing some of items that I am personally stocking up on. Even if none of these events happen, these items will not be wasted because they can be used at any time. If it turns out that you have more than you need, these items can be donated to a ministry that helps the poor.

Cathy Lechner already mentioned other important things to prepare, including sowing into God’s kingdom, especially during January and February. She also mentioned paying off debts and down-sizing.