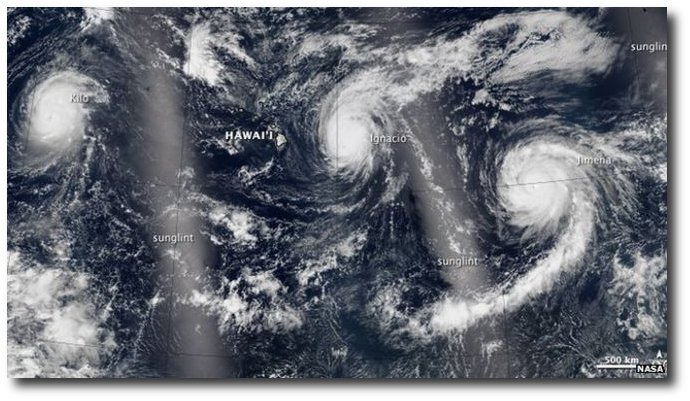 Currently, the Pacific is seeing a surge of hurricane activity, with three category four strength tropical storms swirling around the Hawaiian islands.

Researchers say that these hurricanes can disrupt the predominant easterly trade winds that are found along the equator. This disruption allows more heat to build up in the eastern part of the Pacific, adding more fuel to stormy conditions.

But researchers cautioned that the scale of impacts, especially in the northern hemisphere, is very hard to read because there is also an Arctic warming effect seen in the Atlantic jet stream.