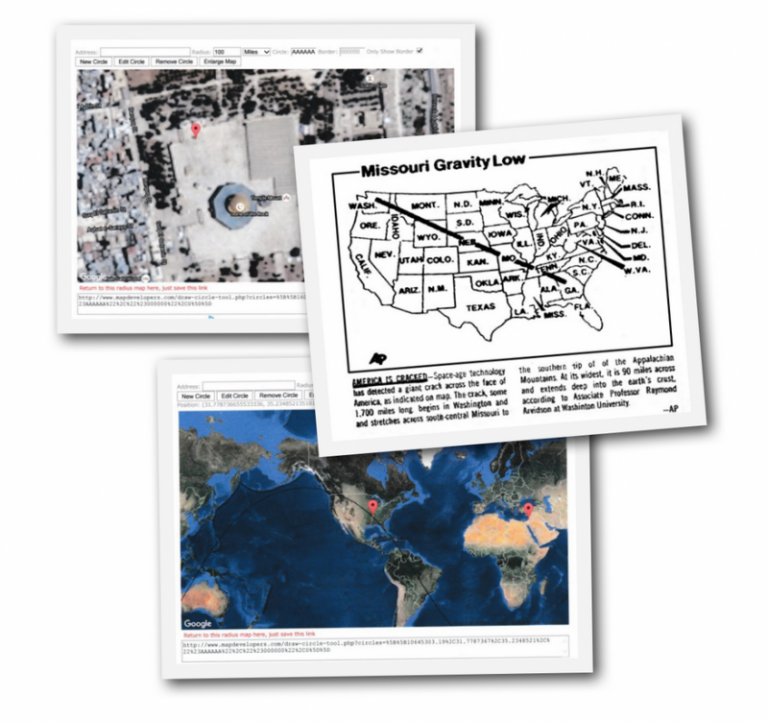 A Note from Meranda –

In this article my friend Kara found some connections to a date in the past, and one which is coming up in just a few days.

Please note that NOT all mentions of future dates have to end with significant disasters.

In this case, perhaps there is a significant meaning behind the content of the first date, and one that parallels the second date.

Kara has an eye for numbers, and can look at math and pull out meanings that many of us would miss. Events that happen in the government may not be disclosed until later could work into the puzzle that was found.

In order to understand Kara’s findings you must read her  first post at prophetictimelines.wordpress.com
Meranda
Kara Pickering
prophetictimelines.wordpress.com
You may have noticed that, I am VERY cautious when it comes to date setting.  It has burned many people… Prime examples:  Gill Broussard (whom I still hold in high regard), Ephraim Rodregez, and numerous others.  Often times, date setting points to “False Prophets,” but that is not always the case.   With that said….. I have been purposely withholding the date 11-11-2016 from almost everyone.
The number 11-11-2016 is the answer to a math calculation, that corresponds to “The Time=Distance Line” that I have written about, in my blog.  I purposely left the date out.  But I, at the risk of being deemed a false prophet, I am releasing it to you.
I could give you an algebraic formula… but it is easier to look at it, when it is broken down into simple math.
Here we go…
You may remember from my article that the radius line, measured out from the Temple Mount, equals  6614.68, when you take the Gregorian year of 2016, convert it to the Hebraic year of 5776, and then convert that  to a statute mile= 6614.68

I’ll explain the importance of 28, in the math problem above, later.

The corresponding Math is listed below.  Keep in mind that if America is to fall like ancient Babylon did, and if America is the New Babylon that the Bible refers to; it needs to have the same 2520 math in the problem. (Remember the writing on the wall in Babylon equals 2520, per Flynn)

The statute mile reference point of 6614.68 means the following:

.68= direct reference to the month and day

With that laying in the back of my mind.  I asked the Father for more clarity.  Here’s what I believe He led me to.

I did some digging.  You want to know what else happened in History on 11/11?  The Mayflower Compact.  The very same compact where America was first “Dedicated to the Lord”

(their words, not mine)

…Long before George Washington dedicated “Ground Zero” to the Father.

So, with that said…..What does the number 11 really mean to us?

I cannot help but wonder if this has to do with Israel.  Many people are expecting the dividing of the land of Israel to take place AFTER the election date, and before Obama leaves office.  Could this be the start of dividing the land of Israel?

I find it interesting that one of the three players in the OSLO 1, and OSLO 2 died on the 11th of November.  Also take notice that another Clinton may be in office again.  Bill Clinton was part of those Oslo accords.  Could it line up with this November?  Who is to say.  Egypt and Israel also signed a cease fire agreement on the 11th of November.

And this very well also could be related to this new president being elected, and tides turning bad or good in the gvt relating to the Mayflower compact.

Kara gave us a lot to chew on!

Wikipedia -The Mayflower Compact was the first governing document of Plymouth Colony. It was written by the male passengers of the Mayflower, consisting of separatist Congregationalists who called themselves “Saints”, and adventurers and tradesmen, most of whom were referred to by the Separatists as “Strangers”. Later both groups were referred to as Pilgrims or Pilgrim Fathers. The Separatists were fleeing from religious persecution by King James of England.

The Mayflower Compact was signed aboard ship on November 11, 1620 by the Pilgrims. They used the Julian Calendar, also known as Old Style dates, which, at that time, was ten days behind the Gregorian Calendar. Signing the covenant were 41 of the ship’s 101 passengers,[1][2] while the Mayflower was anchored in what is now Provincetown Harbor within the hook at the northern tip of Cape Cod.[3]

The Mayflower was originally bound for the Colony of Virginia, financed by the Company of Merchant Adventurers of London. Storms forced them to anchor at the hook of Cape Cod in what is now Massachusetts; it was unwise to continue with provisions running short. This inspired some of the Strangers to proclaim that, since the settlement would not be made in the agreed-upon Virginia territory, they “would use their own liberty; for none had power to command them.”[4]To prevent this, the Pilgrims chose to establish a government. The Mayflower Compact was based simultaneously upon a majoritarian model (taking into account that women and children could not vote) and the settlers’ allegiance to the king. It was in essence a social contract in which the settlers consented to follow the compact’s rules and regulations for the sake of order and survival.[5] The Pilgrims had lived for some years in Leiden, a city in the Dutch Republic. “Just as a spiritual covenant had marked the beginning of their congregation in Leiden, a civil covenant would provide the basis for a secular government in America.”[6]

In November 1620, the Mayflower anchored at what is now Plymouth, named after the major port city in Devon, England from which she sailed. The settlers named their settlement “New Plimoth” or “Plimouth”, the most common spelling used by William Bradford in his journal Of Plimoth Plantation.[7]

The original document has been lost,[8] but three versions exist from the 17th century: printed in Mourt’s Relation (1622),[9][10] which was reprinted in Purchas his Pilgrimes (1625);[11] hand-written by William Bradford in his journal Of Plimoth Plantation (1646);[12] and printed by Bradford’s nephew Nathaniel Morton in New-Englands Memorial (1669).[8] The three versions differ slightly in wording and significantly in spelling, capitalization, and punctuation.[10] William Bradford wrote the first part of Mourt’s Relation, including its version of the compact, so he wrote two of the three versions. The wording of those two versions is indeed quite similar, unlike that of Morton. Bradford’s handwritten manuscript is kept in a vault at the State Library of Massachusetts.[13]

In the name of God, Amen. We, whose names are underwritten, the loyal subjects of our dread Sovereign Lord King James, by the Grace of God, of Great Britain, France, and Ireland, King, defender of the Faith, etc.

Having undertaken, for the Glory of God, and advancements of the Christian faith and honor of our King and Country, a voyage to plant the first colony in the Northern parts of Virginia, do by these presents, solemnly and mutually, in the presence of God, and one another, covenant and combine ourselves together into a civil body politic; for our better ordering, and preservation and furtherance of the ends aforesaid; and by virtue hereof to enact, constitute, and frame, such just and equal laws, ordinances, acts, constitutions, and offices, from time to time, as shall be thought most meet and convenient for the general good of the colony; unto which we promise all due submission and obedience.

In witness whereof we have hereunto subscribed our names at Cape Cod the 11th of November, in the year of the reign of our Sovereign Lord King James, of England, France, and Ireland, the eighteenth, and of Scotland the fifty-fourth, 1620.[14]

The ‘dread sovereign’ referred to in the document uses the archaic definition of dread, meaning awe and reverence (for the King). Also, as noted above, the document was signed under the Old Style Julian calendar, since England did not adopt the Gregorian calendar until 1752. The Gregorian date would be November 21.

The 11th And Israel

Historical mentions of the Date of November 11th From historyplace.com/

Notice A CLINTON in that picture 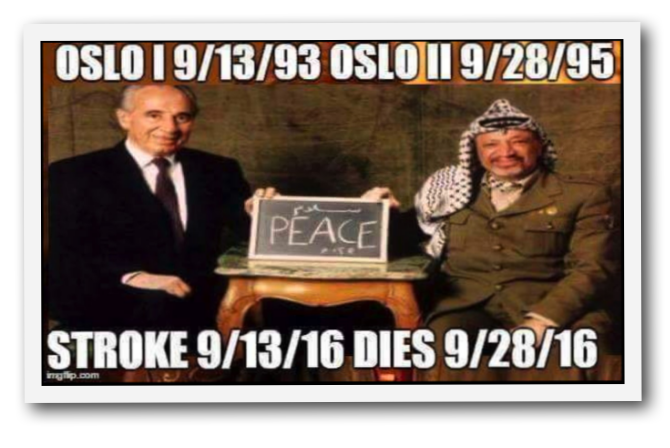 Could the 11th have something to do with Israel again?

It very well could be.  Its interesting to speculate.

How dividing of the land leads to curses- Michael Snyder