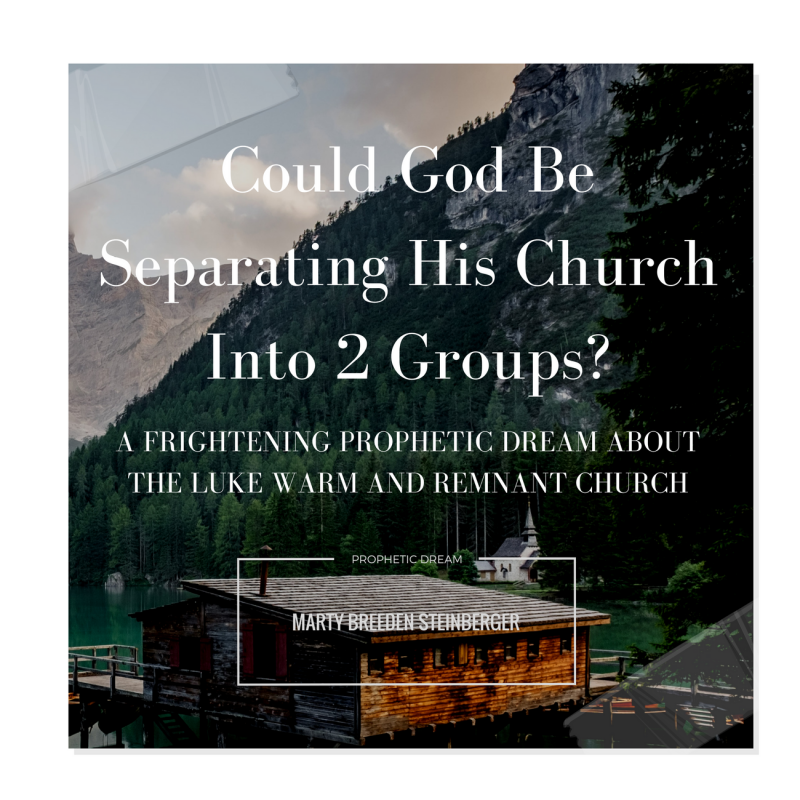 “I have had, what I consider to be 3 significant and prophetic dreams since December 18….then Another on January 4,….then the last one on January 27th. I’m very aware that certainly not all dreams , nor prophetic, nor to be shared….some I’ve had have been specifically for me. I, being the typical 52 year old Daddy of 2 daughters and husband, and Cop running in a thousand directions can hardly remember my own name at times!,….but when I have a dream that I know is from the Lord, I awake with absolute PERFECT recall of every detail and sequence….then I know. Provided that it’s always weighed against and in complete harmony with the Holy scripture.!!….this was one of those indeed”

I was standing in what appeared to be wilderness with a large group of people. I noticed that the sky was growing dark, then darker and then VERY DARK! The clouds were gathering and someone spoke above everyone else and said…”The storm is coming ,the storm is approaching, you need to gather your people now!!”

I observed a large group of people and they begin to move all around seemingly without direction. I then heard that same voice said….

“You leaders need to hold up your hand so the people will know where to go!”….

I did as instructed , and I announced

“Those in my group need to gather quickly over here with me !”

I saw that a small group of people both young old begin to gather with me as I was standing beside my shelter.

I then noticed a far larger group gathering in 2 other separate groups. I then saw that there were only 2 shelters however.

I looked up and saw the skies were growing even darker and I admonished the people to hurry because the storm was approaching quickly and the winds were really picking up.  I could see the trees begin to show the strains of the winds.  Finally all the people were gathered into their three groups and were divided properly. The larger two groups merged into one.

I then took my much smaller group, just as the storm was about to hit , and we nestled safely in under our shelter. The storm hit with  MASSIVE FORCE and speed.

I did not see the other two groups, which had become one, make it into the shelter in time, even though one was provided for them. I believe these groups are symbolic of what will happen in the last days groups will be divided into that which is hot that which is cold and that which is lukewarm.

When You Know You Are Attending The Wrong Church, But Don’t Want To Be Alone- Escaping Churchcraft- William Schnoebelen

Will The Church Rise Above The Ashes Of It’s Mundane, Lukewarm, Ungodly, Indifferent, & Disobedient Ways?- Jose A Polanco

“I then saw churches, great and small, closing their doors all over America” A Prophetic Dream Given To Larry Grecu

“….Full of hypocrisy, self righteousness, judgmentalism, anger and arrogance ”- A Prophetic Dream About The Church -Joe Ouellette

“How can I smite your enemies, if My Own People are in disarray, disorder and dysfunctional, living in the darkness of sin?!” A Prophetic Word To Benjamin Faircloth