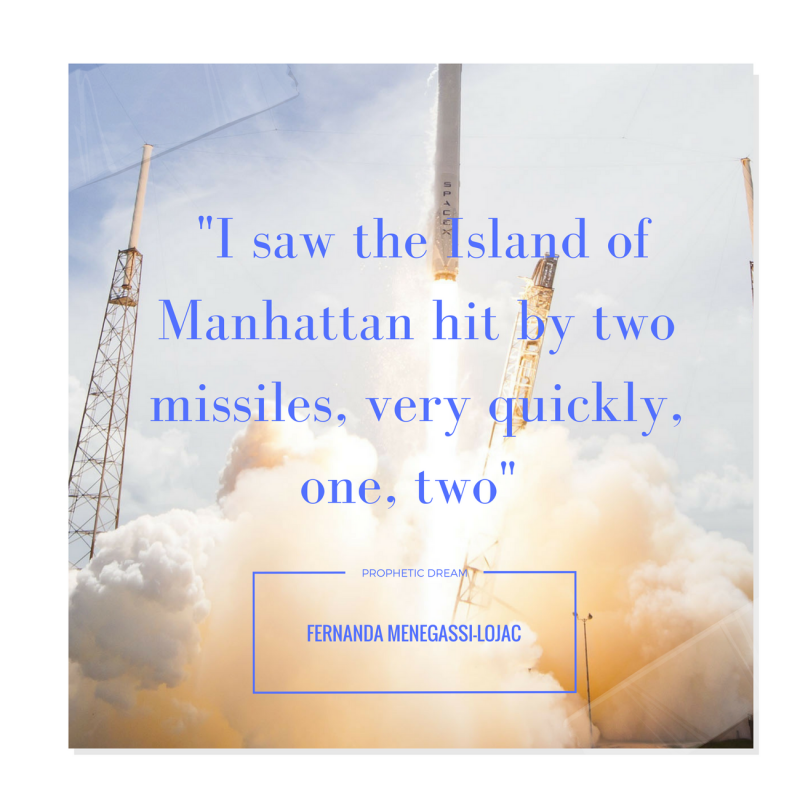 “I saw the Island of Manhattan hit by two missiles, very quickly, one, two” 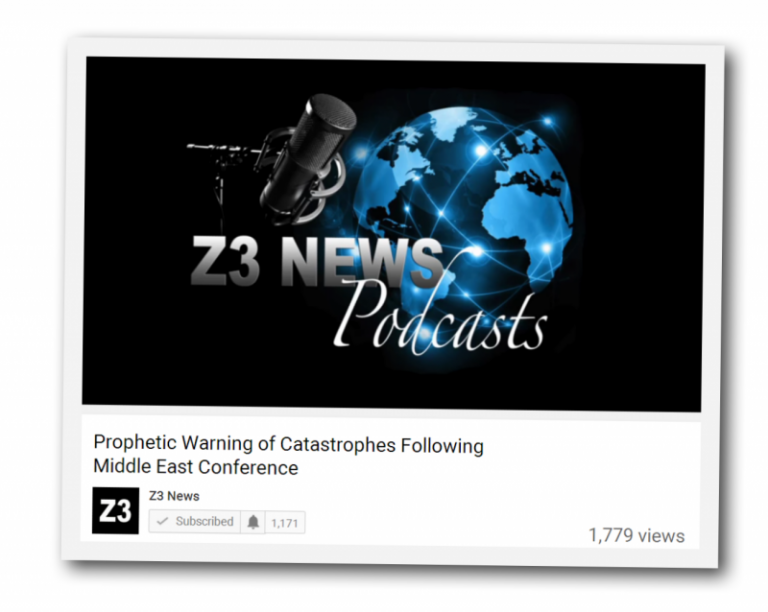 On January 11 2017, Fernanda Menegassi-Lojac received a powerful dream and vision from God revealing great catastrophes coming upon the United States of America as a direct result of the Middle East Peace Conference in Paris on January 15 2017. She was shown what happens there would be done “underground,” in secret, hidden from public view.

Fernanda’s dream reveals this conference marks a major crossroad in world history, a turning point leading us into a new era. As the primary instigator behind the scenes in crafting and promoting the December 23 2016 United Nations Security Council resolution to divide Israel, the United States faces severe consequences ahead.

Fernanda shared the details of her dream and vision in the 75-minute podcast. The complete text of her dream is available on Z3news.com by clicking this link:
https://z3news.com/w/prophetic-dream-…

As I took all this information in, my eyes were drawn to the first map on top of the triangle structure. The image zoomed in to New York City and I saw Manhattan hit by two missiles. As each missile hit, the ground cracked and after the second missile hit, the city and water started to violently inundate Manhattan from the east. Then more water came from underneath the cracks in the ground, which were created by the missiles.

Then, my eyes left the first map and I looked down to the second map on the bottom left of the triangle. I saw a few pins pushed into that map. There was a pin over Louisiana and another over the east side of Texas. The Louisiana pin started moving first from the east and then the Texas pin began moving parallel to the Louisiana pin. Together they traced lines from the south all the way up past Missouri, toward Illinois. I understood in my spirit that the pins symbolized an earthquake along the New Madrid fault line and that it would start with Louisiana. As the pins traveled north, the earth opened and water gushed in from the south.

To the left of Texas, I saw two other push pins, one was green in color and the other white. The two pins moved parallel to each other, tracing straight lines from Texas to the state of Washington.

Finally, I looked to my right and saw the third map in the lower right side of the United States. This map had red pins pushed into the south region of Florida, but I did not see what happened there because I woke up.

Read the rest of the dream here https://z3news.com/w/prophetic-dream-…

A major earthquake in New York where large buildings topple, and water rushes in from the bay.

What do you think?  Do you think America could be hit by missiles from a foreign country some day?