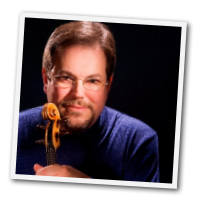 This week I had a dream.  It was a terribly frightening dream.  In it, I saw a huge angel standing suspended in the air over New York harbor.  It looked so large that it covered the night sky.  His body was clad in golden armor as if he was going to war.  His face and entire being were so bright that I could not gaze up at him for long.  White beams of light seemed to radiate outward from him in all directions. He was standing over the Statue of Liberty. It was night, but I could hardly see the lights around him coming from New York City as he blazed so brightly with divine light.

He reached for his belt that was covered with a red sash around his mid section, and drew out his sword.  It was so massive! It blazed with light and fire all around it.  It looked at least 100 feet long!  I have never felt such fear when I saw an angel before.  I just knew this mighty warring spirit had authority from the very throne of God.  He had a grim expression as he held this mighty sword over his head with both hands.  I could see that he was poised to hit the Statue of Liberty and cleave it in two!  I trembled and tried to hide, but the angel was looking directly at me, and I knew there was nowhere to go that he would not see me.

Then he spoke! His voice was like thunder and echoed throughout the whole harbor.  He said,

“How long will you refuse to humble yourself, O America!  You have been weighed in the balances of God and found wanting.  Your beginning was great and noble, but your end shall be disgrace and destruction!

‘Time is running out.  The bowls of My wrath are full of My fury and judgment.  They shall be poured out upon you.  You shall drink them down…to the dregs…every drop! I have come to you day and night pleading with you to return to Me for over one hundred years.  I am merciful and long suffering.  It brings Me no joy to judge you. But, you have hardened your hearts, scoffed at My warnings through My prophets, and my holy servants.  I brought you from nothing and exalted you, O America, higher than any other nation!  But now you have fallen lower than Sodom.  You have sinned greater than Egypt.  You have become prouder than Babylon and Persia.  You have become more selfish than Rome.  You have exalted yourself in your own wisdom higher than Greece.  You have more idols and high places of idolatry and luxury than any Gentile kingdom in history.  Your beginning was pure and great, but now the stench of your sin and filth fills My nostrils!  I shall cut you in pieces and you shall reap the harvests of wrath from what you have sown!  You shall no longer be the Queen of nations.  Now you shall bear your shame and become the lowest of the heathen nations! Now, as Agag, you shall be hacked in pieces!  O EARTH, EARTH, EARTH, HEAR YE THE WORD OF THE LORD!”

Then, to my horror, that massive sword came smashing down on Lady Liberty.  When it hit the top of her head, there was a blinding flash of light and that sword split her in two – right down the middle!  Then the sword came again and again against her.  It divided her in pieces.  As the sword would finish each strike, fires would burst forth.  I heard terrible explosions.  The vision of the Statue ended with an earthquake as it was hacked into pieces and sunk into the harbor.

Then, as if I was watching from a zoomed-in close up…the dream shifted and I started to zoom outward from New York harbor and started traveling in the air over America.  What I saw was horror beyond anything I have ever seen!

I saw the United States seem to crackin two with a giant earthquake – right down the middle!

I saw the Southeastern United States covered with a giant wave of water from the ocean.

They were terrible nuclear bombs.  But the last one was the biggest and it created a huge mushroom cloud over the Midwest part of America.  Then the ground shook and everything just went black.  There wasn’t any electric light coming out of any homes.

Then candles began to be lit and fires, and a little light was seen.  There were other nuclear explosions, and many people perished throughout the nation.  There was just twisted metal and charred debris in cities that once were tall and majestic.

There was widespread looting and gangs roaming about everywhere with guns, stealing whatever food and supplies they could find.  Then I saw what looked like elite riot police by the thousands go into communities and even cities, force the people out of their homes, and brought into what looked like concentration camps.  Some, but not all of these “police armies” had light blue helmets on.  Hundreds of thousands of people were arrested in this way.  Many would not “cooperate” and were just shot and left dead in their homes.

But, there were millions of hidden groups that escaped the first wave of these terrible disasters. Revival broke out, and great evangelists and prophets and apostles rose up and began to preach to thousands out doors, and many were saved and were born again.  Miracles of provision, multiplication of food and water, and astonishing healings occurred.  Millions of people cried out to God and he heard and answered.

I knew that this was not just happening in America, but the Great Tribulation was upon them, and all over the world these calamities were also taking place.

I saw multitudes of Tribulation saints refusing to renounce Jesus as LORD.  They were starving, many of them, but still refused to take the stamp on their bodies so they could eat and live.  There was what looked like kiosks that were in every little town.  They advertised food and water, only if you went inside them and took the electronic mark.  Some went in, bowed down to a holographic movie images of the Antichrist and were branded in their hands and foreheads with a electronic tattoo-like stamp.  When they came out, if they came out, they had a zombie-like look.  Their minds and souls were gone.  It looked like they had a spiritual lobotomy.  Then these immediately joined the armies of those police units, and were given weapons after they were fed and drank and rested in the kiosk.  They were like robots doing the Antichrist’s bidding.  I knew that they were lost forever.  But, quite a few did not make it out.  They were tortured mentally and physically inside the kiosk thing, but, if they still refused the mark of the beast, there was a laser that shot through their brain and heart, and sliced their heads off.  Then they were immediately incinerated.  Nothing but ashes remained.  This was the most horrifying of all.  It made the Nazi death camps look like a picnic, if that is possible. Millions of people were executed in this way via computer systems automatically with such precision and efficiency that I marveled that something like this was even possible and could take place on such a large scale.  The technology was more advanced than I had ever seen.

Then, I was back looking at that terrible angel of the LORD, and he said,

“Warn everyone!  Flee from the wrath to come.  Repent and turn to Jesus while you still can.  Pray that you may escape these things that are shortly to happen, and to stand in the Presence of the LORD.  These things are about to take place!  Turn to God and cry out for mercy.  Come into the ark of Salvation before the doors of grace close and it is too late!”

Then I awoke, and was very troubled for some time, and could not speak for several hours.

Land Masses Falling Into The Ocean

Stan Johnson and Maurice Sklar discuss the vision from God to Maurice about the future of America. He saw a dream, where Angel smashed Statue of Liberty into pieces. As a result, powerful earthquake occurred, California, East and West coasts fell into the ocean, America split right in the middle in two parts. Three EMP bombs go off high in the ear and then USA is attacked with nuclear weapons. Tribulation begins. People start receiving the Mark of the Beast…
Hear what God says to you, America!