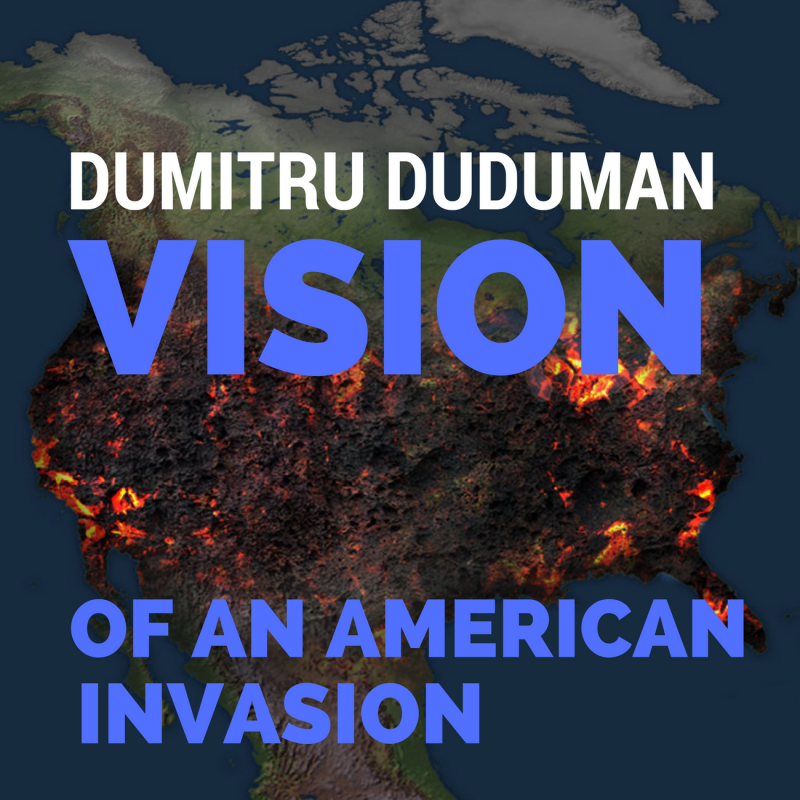 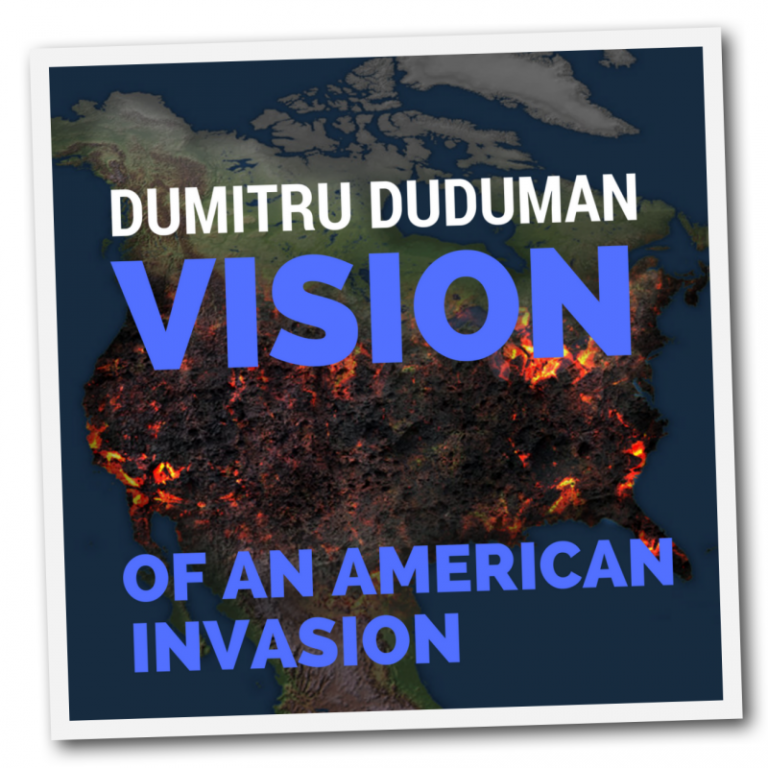 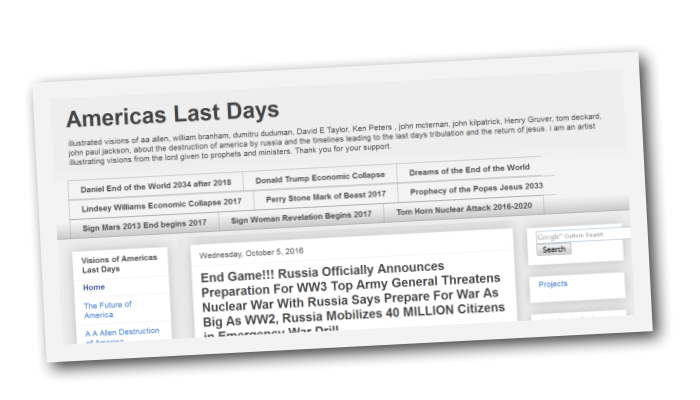 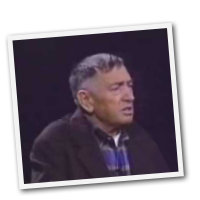 Dumitru Duduman was  a Romanian pastor that smuggled bible into Russia. He was captured and torchered by the electric chair. When he was close to death Gabriel the arch angel came to him and ministered to him and by the grace of God he was expelled out of Romania.
When he moved to America, Dumitru Duduman received a vision from the Lord and Gabriel showed him all of California, Las Vegas, New York, Nevada, and Florida and was told that these cities were as Sodom and Gomorrah and that in one day it would burn.

He was told that Revelation 17,18 and Ezekiel 38,39 talks of the Russian in invasion of America Mystery Babylon and in one day it will burn.

In one day Russia will attack America by sea and destroy America by nuclear weapons.The people of the Lord are instructed to flee into the wilderness to escape from sudden destruction in the protection of Jesus.

The Nations that will attack and destroy America are Russia, Cuba, Nicaragua, Central America, Mexico, and 2 others that where forgotten but one may be China according to Henry Gruver’s vision of the destruction of America. 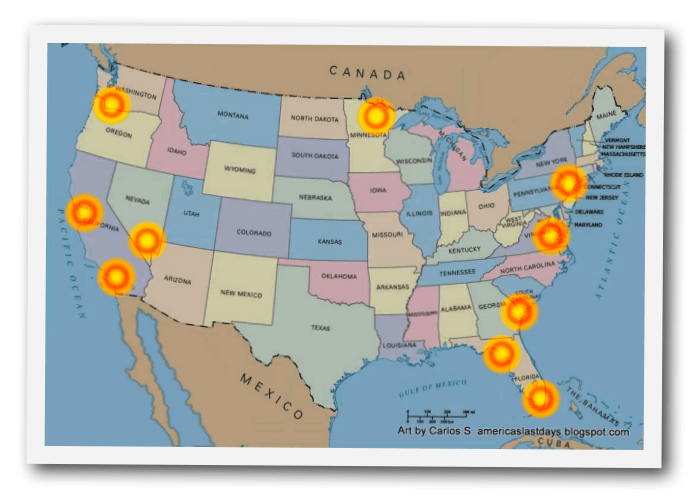 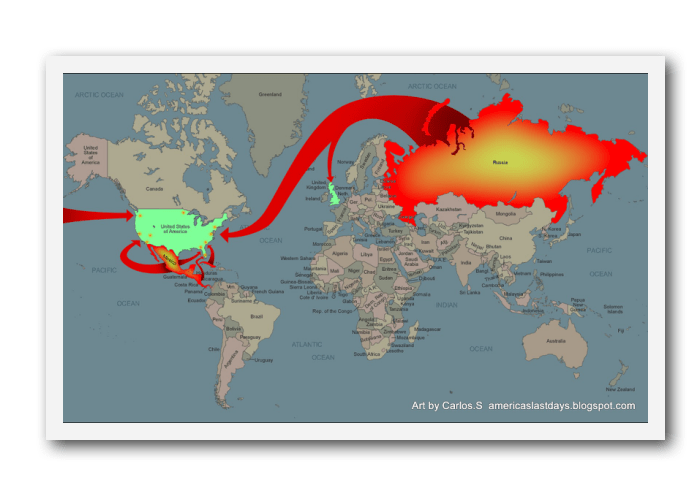 The Russian Invasion of America

It was late at night and I couldn’t stay inside because of the smell.  I was sitting outside on a rock.  A light came toward me.  The fear of cars came with me.  The Romanian Police tried to run over me with cars.  That’s why I jumped up.  The light surrounded me.  Out of the light I heard the same voice.  It said, “Dumitru, why are you so despaired?”

I said, “Why did you punish me?  What did I do that was so rotten that you brought me to the United States?  I have nowhere to lie my head down upon.  I can’t understand anybody.”

He said, “Dumitru, didn’t I tell you that I am here with you also?  I brought you here to this country because this country will burn.”

“Then why did you bring me here to burn?  Why didn’t you let me die in my own country?”

“Dumitru, have patience and I will tell you.  Get beside me.”

“You see what I have shown you?  This is Sodom and Gomorrah.  In one day it will burn.”

He said, “It’s sin has reached the Holy One.”

He showed me another great city.  He said, “Do you know what city this is?”

He said, “This is New York City.  This is Sodom and Gomorrah.  In one day it will burn.”

He showed me Florida.  He said, “This is Florida.  This is Sodom and Gomorrah.  In one day it will burn.”

He didn’t let me say a word until he brought me back to the place we had left.  He said, “Now, Dumitru, you can ask me questions.”

I said, “How can I save them?  I can’t even speak their language?  Who knows me here?  How will they call me?”

He said, “Don’t worry.  I will be ahead of you.  I will make great healings among the American people.  You will go to television stations, radio stations and churches.  Tell them everything I tell you.  Don’t hide anything.  If you try to hide anything I will punish you.  America will burn.”

“How will America burn?  It is so powerful.”

He said, “The Russian spies have discovered where the most  powerful nuclear missiles are in America.  It will start with the world calling for ‘peace, peace.  Then there will be an internal revolution in America, started by the Communists.  The government will be busy with internal problems.  Then, from the oceans, Russia, Cuba, Nicaragua, Central America, Mexico, and two other countries (which I cannot remember) will attack!  The Russians will bombard the nuclear missile silos in America.  America will burn.


I said, “What will you do with the church?”

He said, “The church has left me.”

He said, “People in America honor people.  The honor that should be given to God, they give to other people.  Americans think highly of themselves.  They say, ‘I serve God,’ but they don’t.  In the church there is divorce, adultery, fornication, sodomy, abortion and all kinds of sin.  Jesus Christ doesn’t live in sin.  He lives in holiness. I brought you here so you could cry out loud.  Don’t be afraid.  I am with you.  Tell them to stop sinning.  God never stops forgiving.  Tell them to repent.  He will forgive them.  Tell them to start preparing themselves so I can save them in the day of trouble.”

If you call me to speak, God loves you.  That’s what the angel of God told me.

“Whoever I love, I want to wake.  I will put on their hearts to call you.  Don’t hide anything or I will punish you.”

Stop sinning and repent.  He will forgive and we will have salvation.

I said, “How will you save the Church if America will burn?”

He said, “Tell them as I tell you.  As he saved the three young men through the oven of fire, and Daniel from the mouth of the lion, that is how I will save them.  Tell them to stop sinning and repent.

“I have blessed this country because of the Jews that are here.  I have 7 million Jews here.  They haven’t tasted war of persecution.  God blessed them more than anyone else.  Instead of thanking God, they started sinning and doing wickedly.  Their sins have reached the Holy one.  God will punish them with fire.  Israel doesn’t recognize the Messiah, because they place their trust on the power of the Jews in America.  When God will hit America, all the nations will be terrified.

Israel doesn’t have the help of the Jews in America anymore.  In their terror, when they see what is coming, they will call upon the Messiah.  The Messiah will come to help Israel.  Then the church of God will meet Him in the clouds (1 Thes.4:16).

Are you ready to meet Jesus Christ?  Are your wedding clothes clean?  If there are still spots on the clothes of your soul, then the blood of Jesus Christ still has power to cleanse sins.  Jesus Christ will live with the Church on the Mount of Olives.  He himself will fight against the nations.

I said, “If you are the angel of God, everything you tell me has to be written in the Bible.  If it is not, then I can’t tell the Americans.”

“Tell them to read Jeremiah 51:8-15.  He names it ‘The Mystery Babylon,  The Great Adulteress.’  Also, Revelation Chapter 18, the entire chapter.  There it says clearly what will happen to America.”

Why did he name it, “The Mystery Babylon”?

“Tell them because all the nations of the world immigrated into America and America accepted them.  America accepted Buddha, the devil church, the sodomite church, the Mormon church and all kinds of wickedness.  America was a Christian nation.  Instead of stopping them, they went after their gods.  Because of this, He named them “The Mystery Babylon.”

Brothers, it happened as the angel had said.  At 9:00 someone rang my doorbell and said, “I brought you a bed.  I could not sleep all night long.  God told me that you were from Romania and that you need a bed.”  At 10:30 someone else rang my doorbell and handed me a check for $500 and said, “God told me to bring you $500.”  At noon, someone came and gave ma a car and a bucket of honey!

You might say, “Why?  We trust in God!  We have God on our side!  On our dollar bill it has ‘In God we trust.’  How are our lives?  We go after the foreign gods.  The American church has adultery, fornication, sodomy, divorce and abortion.  If we repent with all of our hearts and call Jesus to help us, we will stop sinning.  We know that when Jesus comes we will meet him in the clouds.

The angel also said, “Before the internal problems begin in America, your country (Romania) will have a revolution (fulfilled December 22, 1989).

(Dumitru told me about the revolution in March of 1988 over a year before it occurred.)

I personally don’t think we will see this event for many years.  Although you can see the players come together.  Russia is working with China, and I believe this is a confirmation to this prophecy.

I find this part of the prophecy quite interesting:

Right now China and Russia are working together.  You have to wonder about China and Japan going against Russia in this prophecy.  Could there be a split some day?

I suspect the mention of Israel is something we see right before the very end, because he also mentions the rapture in this prophecy, which we personally put at the very end of the tribulation.

So, what we may see is a terrorist attack in America first, as he mentions in the prophecy a great calling for peace.  Then as America is distracted, we see the invasion as America has fallen apart from the future tsunami, and Yellowstone, and the other west coast volcanoes that have gone off.

“The Russian spies have discovered where the most  powerful nuclear missiles are in America.  It will start with the world calling for ‘peace, peace.  Then there will be an internal revolution in America, started by the Communists.  The government will be busy with internal problems.  Then, from the oceans, Russia, Cuba, Nicaragua, Central America, Mexico, and two other countries (which I cannot remember) will attack!  The Russians will bombard the nuclear missile silos in America.  America will burn.

Michael Boldea continues his grandfathers work.  Michael ALSO has prophecies.  Please support his ministry and orphanage.  You can find him at www.handofhelp.com 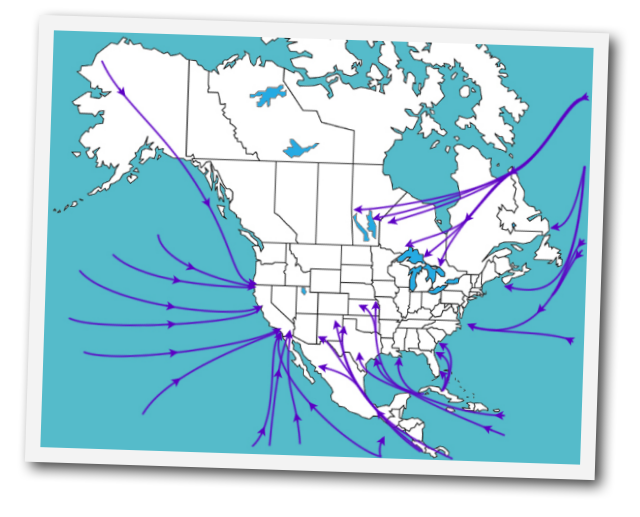 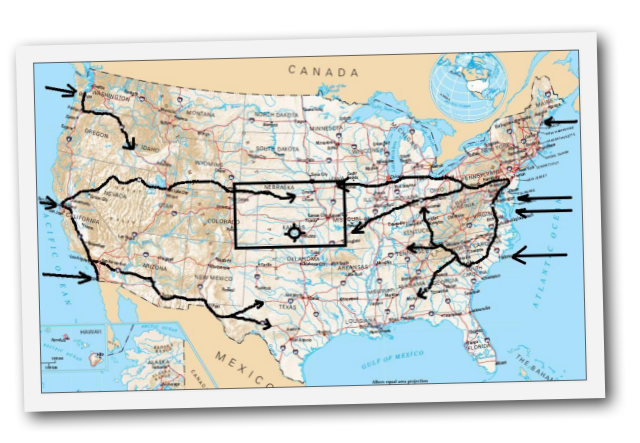