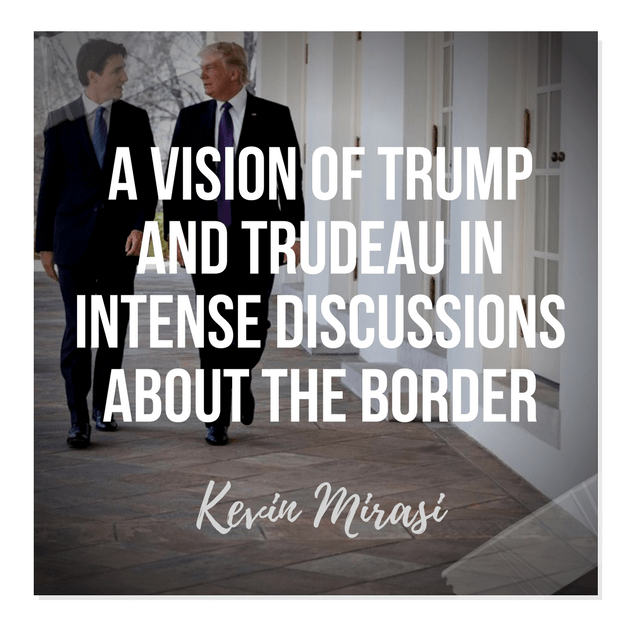 VISION OF CONTROVERSY AND INTENSE DISCUSSION BETWEEN DONALD TRUMP AND JUSTIN TRUDEAU REGARDING BORDER ISSUES, INCLUDING THE BUILDING OF A WALL:

In a Vision (Supernatural Dream) of The LORD, in the morning of 30th May 2017, I found myself in a place where I saw Canada Prime Minister Justin Trudeau and USA President Donald Trump in a very intense discussion. I was made to understand in the vision of The LORD, that The Canadian Prime Minister was “Confronting” and trying to Dissuade the USA President on some Border issues, including the Building of a Wall.

After the very intense discussion, there seem not to be a concrete agreement between the two. I then see them go their separate ways, and Trudeau was not optimistic after their discussion. What was not clear in the vision, was whether the Border issue that they were discussing was a border issue (or a potential Wall) along the border of USA-Mexico OR USA-Canada. But it looked more like a Border issue/crisis along USA-Canada Border.

The vision of The LORD then ended.

Therefore, there is a very serious Controversy coming between the nation of Canada and the nation of The United States of America; Specifically between Donald Trump and Justin Trudeau, regarding Border Issues and potentially the Building of a Wall (s).

Mathew 24: 7-8 ‘“For nation will rise against nation, and kingdom against kingdom. And there will be famines, pestilences, and earthquakes in various places. All these are the beginning of sorrows.”’