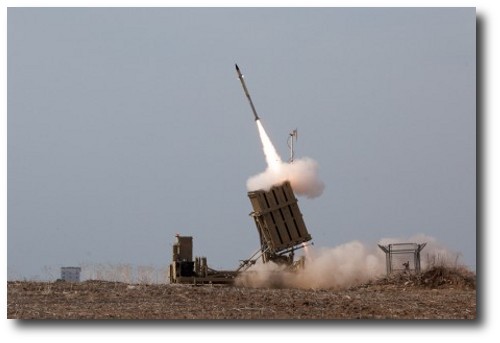 “A missile was fired from Gaza. Iron Dome precisely calculated [its trajectory]. We know where these missiles are going to land down to a radius of 200 meters. This particular missile was going to hit either the Azrieli Towers, the Kirya (Israel’s equivalent of the Pentagon) or [a central Tel Aviv railway station]. Hundreds could have died.

“Suddenly, Iron Dome (which calculates wind speeds, among other things) shows a major wind coming from the east, a strong wind that…sends the missile into the sea. We were all stunned. I stood up and shouted, ‘There is a God!’

“I witnessed this miracle with my own eyes. It was not told or reported to me. I saw the hand of God send that missile into the sea.”

Also last week, Col. Ofer Winter, commander of the Givati Infantry Brigade, described a mysterious fog that favorably covered he and his troops as they advanced on an enemy position in morning light, after their nighttime raid was postponed.

Col. Winter labeled the covering as “clouds of glory.”